June 11, 2020
comment
The Pima County Board of Supervisors has taken several steps in an effort to slow the spread of COVID-19 in Pima County, including voting on March 19 to close down all nonessential businesses, and later when the state reopened the economy, voting to implement and then revise new health regulations for restaurants and bars offering dine-in service once again.

The board’s decisions have been met with some criticism across the political spectrum, with some critics saying the county has not done enough and others saying it has gone too far, according to Pima County Administrator Chuck Huckelberry.

Democratic supervisors Ramon Valadez, Sharon Bronson and Betty Villegas said they voted for the regulations to ensure public safety, while Republicans Steve Christy and Ally Miller say the new rules make it harder for beleaguered businesses to reopen. At the request of three GOP lawmakers, Attorney General Mark Brnovich investigated whether the county exceeded its legal authority by enacting the regulations but the AG’s Office dismissed the case on a legal technicality.

Tucson Weekly asked the candidates running for Board of Supervisors seats this year if they approved of those decisions and if they would have done anything differently.

All of the Republican candidates were critical of the county’s emergency regulations.
Beard, who has been critical of efforts to combat the outbreak by requiring businesses to shut down, condemned the board’s actions. 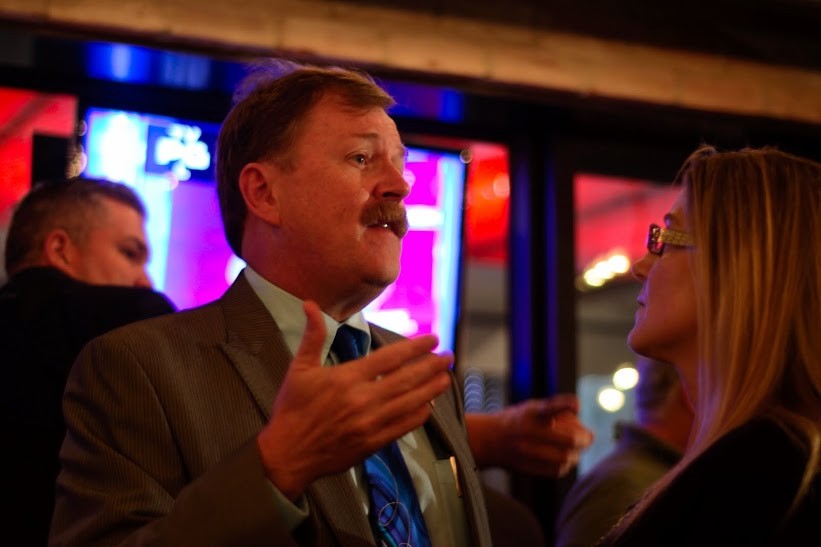 “The three-member majority of the Pima County Board of Supervisors have taken upon themselves the micro-management of businesses all across the county,” Beard said. “The government-imposed shutdown due to COVID-19 has caused real pain and financial devastation to too many businesses and their employees. The counties 'improvement' on the governor’s guidelines are a clear attempt to impose additional rules that are contradictory, punitive and discriminatory. These actions are about controlling how each of us lives our lives and conducts our livelihoods.”

Likewise, Williams said the decision to enact the regulations was wrong-headed.

“Pima County continues to be an outlier within the state and their actions are largely viewed as out of touch and counterproductive,” said Williams.

Piña said the first round of regulations went too far and she was happy to see the county revise them. She said the county should use federal COVID relief funding to help local businesses with items such as expanded outdoor areas, signage and sanitizer.

"I am encouraged that the Board of Supervisors reversed some of the more onerous regulations. Pima County received over $80M dollars of federal money to help with COVID-19 relief,” Piña said. “I still believe Pima County should look at creative ways to leverage this money to enhance public health while helping small businesses to reopen. Federal money can be used to help small businesses by providing personal protective equipment, hand sanitizer, disinfectant, public health advisory signage, physical barriers to protect employees and customers, expansion of outdoor areas training and more. By using federal dollars effectively, we can protect public health, while jumpstarting Pima County's economy."

Spain said that Ducey had already set down sufficient guidelines and the board’s proclamation “mandated impractical, fundamental business modifications and suggested technological ‘silver bullets,’ both of which revealed the board's lack of understanding of the practice of business.”

Spain said that while it’s possible to balance the economy and public health, “we don't need out-of-touch government to facilitate safety. Reasonable people taking reasonable precautions can reopen businesses for reasonable patrons. The business owners who have employed others and made their own livings in this county can continue to do so safely and without spreading the virus, and they can do so without Pima County telling them how.”

The two Democratic vying for the chance to run for the District 1 seat in the November, former teacher and school administrator Rex Scott and political newcomer Brian Radford, both have criticisms of the regulations.

Scott said the county wouldn’t have had to go through the revisions “if the individual supervisors had reached out to restaurant operators in their districts to see if the regulations could be practically implemented before they discussed them in public. People who are trying to bring their businesses back to life need more certainty and consistency from their elected representatives.”
Scott called the entire process “an unbridled and embarrassing fiasco that could have been avoided with more communication.”

Scott placed some of the blame on Gov. Doug Ducey, “who has utterly failed to make sound, fact-based decisions to protect public health and safety throughout this pandemic. Gov. Ducey, who has manipulated public health data to justify his ideologically driven policies, released guidelines for restaurant operations that were vague, toothless, and provided no reassurance to the public that they would be protected. Pima County made the sound decision to beef up the governor’s inadequate guidelines, but their efforts to do so were unnecessarily marred by shockingly poor communication with our local restaurant operators.”

While he criticized local Republicans, including his opponents for the District 1 seat, for allowing “politics and self-interest dictate their positions, not public health and the science that supports it,” Scott also said the Democrats on the Board of Supervisors “mishandled” the process.

“They seemed to allow staff to lead them when they should have been the face and voice of the county’s efforts,” Scott said. “They apparently did not reach out to local restaurant operators in their districts to ask them if these new regulations could be practically implemented. … If Board members had taken the initiative to have more dialogue throughout the community, there would have been less confusion and frustration.”

Radford said that “any restrictions or additional precautions would have to be made only when adequate to protect staff and patrons.”

“Any restrictions that place an undue burden on business operations would need to be reviewed if there is a relevant health concern that warrants the restrictions,” Radford added. “That being said, I feel the Pima County Health Department, following CDC guidelines, is doing an excellent job in efforts to educate and inform the public of any associated risks and current level of precautions that should be taken when in public or when eating out at restaurants. Most importantly, many establishments can still be patronized by pickup orders or carryout. It's important to support our local restaurant community while also being safe. These temporary measures are in the best interests to all, however, we don't need excessive measures that would harm our restaurant establishments.”