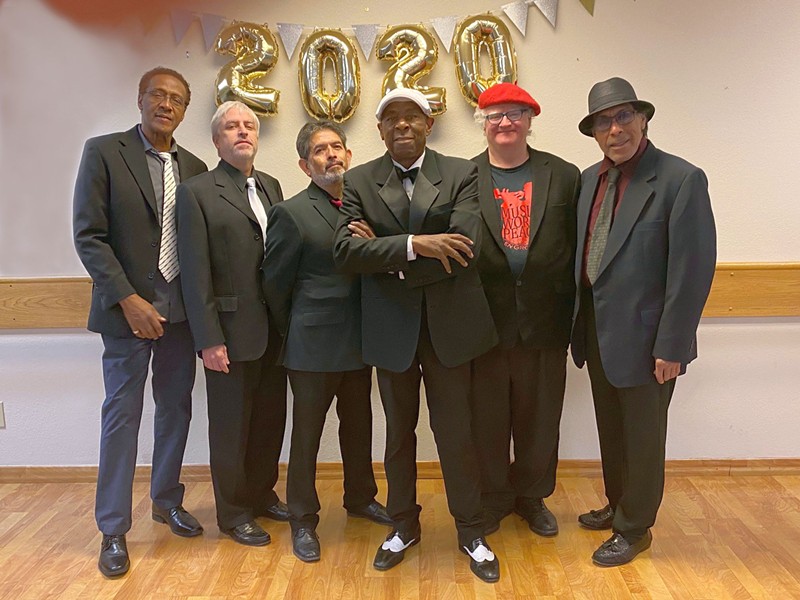 If there’s a hole in your heart yearning for live music, look no further than The Gaslight Music Hall’s upcoming drive-in concerts—tickets for which are still available now. Even better, the Oro Valley venue has three shows booked next week.

The ongoing drive-in concert series is the Gaslight’s way of keeping their customers entertained (and their employees working) during the COVID-19 pandemic, according to general manager Heather Stricker.

“Tony Terry, owner of The Gaslight Music Hall, loved the idea of outdoor concerts. Once the sun goes down, the weather is beautiful and the parking lot is full of live, awesome music,” Stricker said. “We knew we would have to cancel our Dance Parties for the summer to abide with the social distancing requirements, so we have invited a lot of our dance bands to come perform in this drive-in concert series. We feature different genres of music every week, there is always something for everybody.”

According to the group’s bio, George Howard has been a musician for more than four decades, and his work includes “teaching, presenting workshops, photographing events of other musicians and being personally involved with them from the legendary lineup of music icons such as John Lee Hooker, Bo Diddley, James Brown, Bobby Key’s (Of the Rolling Stones), Johnny Lang, Albert Collins, Willie Nelson among many more.”

“The George Howard sound varies from pop and traditional to contemporary Rhythm and Blues, (making) it impossible for listeners to sit quietly,” the band’s bio reads. “Rather, the audience always finds themselves unable to stop shimmying, shaking or twisting either in their seats or on the dance floor.”

According to Stricker, the group is guaranteed to keep people dancing.

Performing classic rock covers from the ’60s, ’70s, and ’80s Vinyl Tap! is known for getting the audience moving their feet before they realize it.
“Take a trip back to your younger days, when rock and roll ruled the airwaves, life was more carefree and your best friends always had the latest albums spinning at the weekend kegger,” the band’s bio reads. “We can't bring those days back for you, but we can sure help you relive them.”

With safety in mind, the music hall sections off over 100 spaces of the parking lot, brings in a portable stage and uses an FM radio transmitter to broadcast the show to attendees. The music hall is also rolling out a limited pizza menu with no-touch delivery off a tray. Diners will place an order ahead of time so the kitchen knows what to make. Attendees can sit in truck beds or in chairs they bring, or in their vehicle and listen to the radio transmitter.

There will be one public restroom available in the music hall for emergencies only.

Stricker said she knows some attendees may be concerned with the statewide curfew when attending a show this week, but the order’s exception for patronizing a private business negates any risk. The order ends June 8, unless extended by Gov. Doug Ducey.

“The following exemptions are allowed: Individuals traveling directly to and from work; attending religious services; commercial trucking and delivery services; obtaining food; caring for a family member, friend, or animal; patronizing or operating private businesses, and travel for any of the above services,” Gov. Ducey’s order reads.

Tickets to the Gaslight Music Hall’s drive-in concert shows cost $30 per vehicle.A pizza service is available for an additional fee. Season passes and gift cards will not be accepted. All sales are final.

If the event is rained out, ticket holders will be notified of a rescheduled time.

For more information and to buy tickets, go online to gaslightmusichall.com.

Tucson Local Media is a sponsor of the Gaslight’s drive-in concert series.