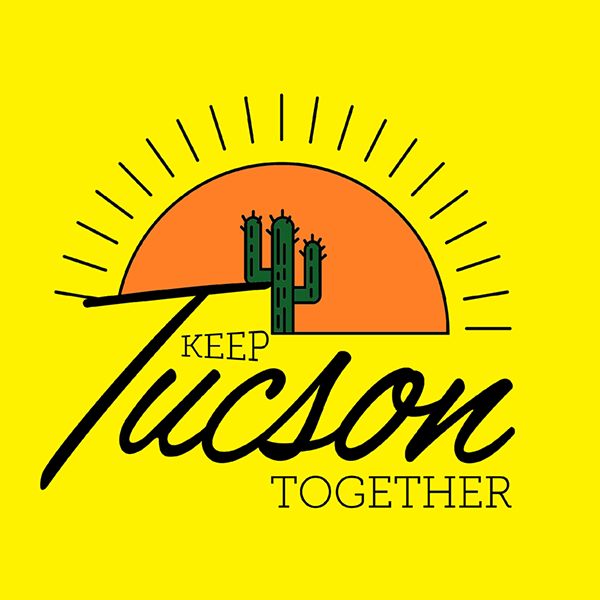 There are more than 26,000 people currently detained in Immigration and Customs Enforcement detention facilities across the United States. Only 2,300 people in that group have been tested for COVID-19, but 1,201 have tested positive.

With testing numbers this low and positive cases becoming prevalent, immigration and human rights advocates are reaffirming their push to get people released from ICE detention and prevent further infections and deaths.

Keep Tucson Together, the legal clinic of the advocacy group No More Deaths, has been able to get seven people in ICE detention released on bond, and two others released on humanitarian parole.

All nine people were tested for COVID-19 after their release, and three tested positive. KTT believes the infection rate within ICE detention facilities is much higher than what is currently being reported.

KTT said ICE keeps detained people in close proximity, has a lack of hygiene supplies and “rampant medical negligence” which have resulted in the high COVID-19 infection rate. They reported hunger strikes and other demonstrations from within these facilities in protest of their current living conditions. These actions have been met with rubber bullets, teargas and solitary confinement.

They frequently receive letters from people held in ICE custody, who detail the poor living conditions they’ve endured. In one letter from the La Palma Correctional Center in Eloy, a detained person wrote that COVID-19 has infiltrated their unit, despite being completely closed off from the outside world besides the correctional officers who interact with them.

For two months, they received just one disposable face mask for protection. A few weeks ago, they were supplemented with two reusable masks. One gallon of soap, a spray bottle of Clorox and once-daily temperature checks were all that the ICE officers did to respond to the virus that already made its way inside.

In addition, KTT reports the delay in the court systems caused by COVID-19 have added to the lengthy and unnecessary confinement of people detained by ICE. Bond and parole hearings are being consistently delayed or even cancelled, keeping people in custody for longer.

“We press real hard to get bond hearings set up. It’s very difficult because these facilities go from being open one day to being shut down the next,” said Margo Cowan, an attorney and project coordinator with KTT. “We have several clients in La Palma who are positive, and those people are not being transported for hearings.”

Cowan said KTT’s clients in detention could have their hearings from inside the detention center via video meeting, but a Tucson judge has refused to grant motions to waive the defendant’s presence.

The strategy employed by ICE is to make it as difficult as possible to proceed with the legal process, especially during COVID-19, Cowan said, in order to pressure detained people to just give up and agree to be deported rather than fight to stay.

“These are people who have lived in Tucson for a long time,” Cowan said. “They’re married to U.S. citizens, they have U.S. citizen kids. They’re workers, they’re taxpayers. And they’re in ICE detention and they’re purposefully being put in a situation that’s dangerous to their life and also that just forces them to consider leaving. That’s really what’s going on.”

They named Judge John Davis as the one who is halting the proceeding of court hearings, and called it “unacceptable.” The group stated it was imperative that these hearings continue.

They wrote that it is “inhumane to prevent hearings for possible release while forcing individuals to stay in unsanitary and unsafe conditions during this pandemic,” and called for COVID-19 testing to be administered inside detention facilities routinely.

For more information about Keep Tucson Together, visit their website.