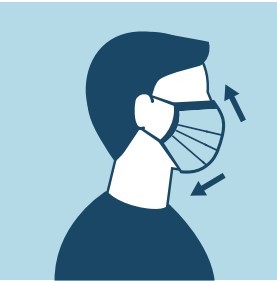 A senior Democratic congressman on Tuesday called for a watchdog probe into a $3 million Indian Health Service contract given to a former White House official to provide masks to Navajo Nation hospitals hit hard by the coronavirus.

ProPublica reported on Friday that IHS granted the contract for 1 million respirator masks to Zach Fuentes, a former deputy chief of staff to President Donald Trump, 11 days after Fuentes formed his company. The contract was granted with limited competitive bidding.

IHS told ProPublica last week that 247,000 of the masks delivered by Fuentes’ company may be unsuitable for medical use, and that an additional 130,400 were not the type specified in the procurement data.

During testimony on Tuesday by the Department of Health and Human Services’ principal deputy inspector general, Christi Grimm, before the House Committee on Oversight and Reform, Rep. Gerry Connolly of Virginia mentioned the ProPublica report and asked Grimm if her office would be looking into the contract and how it was awarded. IHS is housed within HHS.

“We’ve talked about waste, fraud and abuse,” Connolly said. “Here is a prime candidate — don’t want to prejudge — but there’s something suspicious about awarding a contract to somebody who has no experience, who formed his company 11 days before the award of the contract, and provided unsuitable equipment reportedly to just a devastated community, the Navajo Nation. It seems to me a prime candidate for your office to look at.”

Grimm said she could not “confirm the existence of an investigation” and said her office would be in touch with Connolly’s to get more information after the hearing.

“We will take a look at that issue,” she said. A spokeswoman for the HHS inspector general’s office, Katherine Harris, said in a brief phone call that her office is in touch with Connolly’s and other stakeholders in Congress on contracting issues related to the coronavirus.

A second Democratic congressman, Rep. Ruben Gallego of Arizona, also called for an investigation into the contract, in a statement to ProPublica on Tuesday.

”Since the start of this crisis the Trump administration has failed to provide adequate and timely assistance to the Navajo Nation and the rest of Indian Country to fight the COVID-19 pandemic,” Gallego said. “Now it seems like this administration awarded contracts for critical PPE supplies to Trump cronies that they couldn’t even deliver on. This is a disgrace that must be fully investigated.”

Fuentes, IHS and Connolly’s office did not immediately respond to requests for comment. Fuentes previously said that connections to the Trump White House played no role in his winning the contract.

On Sunday, IHS told ProPublica that 130,400 masks that Fuentes provided were being reviewed “due to a potential discrepancy between the outer package labeling and the labeling on the actual product inside the package.”

The 247,000 “non-medical” KN95 masks that Fuentes’ company delivered will be accepted by IHS, but they “will not be used in a surgical environment,” the agency said.

Despite questions about whether the masks met contract specifications, IHS said it decided to formally purchase an extra 58,300 masks that Fuentes’ company delivered beyond the 1 million masks it had ordered, the agency said. The agency said it is purchasing the masks because it still needs protective equipment.

Fuentes charged $3.24 per mask under the contract.

The Trump administration has been under sustained pressure from members of Congress to provide more funding and help for tribal communities in their fight against the pandemic. The Navajo Nation, which spans New Mexico, Arizona and Utah, has been hit hard by the coronavirus. Last month, the Navajo Nation and other tribes sued the U.S. Treasury over what it called its “fair share” of federal coronavirus funding. A federal judge ruled in favor of the tribes in late April.