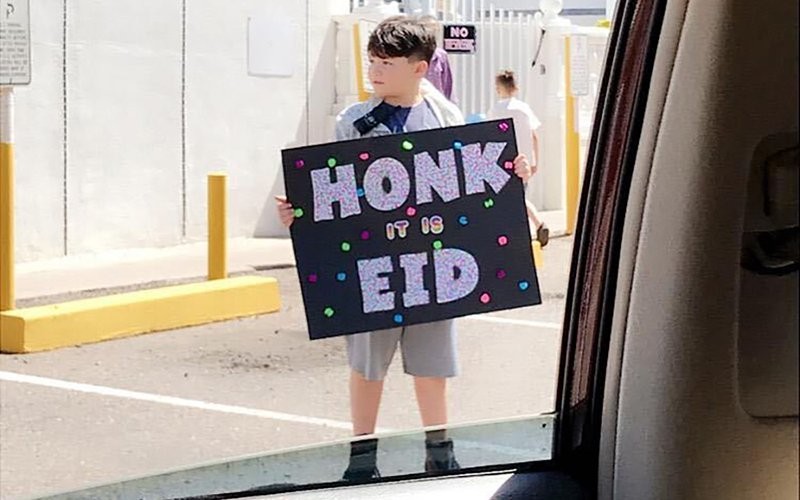 PHOENIX – Mahleej Zara woke up worried Sunday that celebrations for the end of Ramadan would be dampened by COVID-19 restrictions – but that was before the “car parade” let the Islamic Community Center in Tempe celebrate together while remaining safely distanced.

It was just one of the changes that Arizona Muslims made this year for Eid al-Fitr, which ends the month of fasting of Ramadan. Other mosques held car parades for the holiday, encouraged prayers online or at home or, in one instance, allowed worshipers in the mosque who wore masks and prayed a safe distance from one another.

At the Tempe mosque, Imam Omar Tawil estimated that 250 to 300 cars circled the center Sunday morning, honking as they drove by in cars adorned with balloons and windows painted with sayings like “Eid Mubarak” and “CovEID.” Volunteers wearing masks and gloves handed out small presents and boxes of sweets.

“It was personal enough, and as personal as you could get,” Tawil said. “And we were still wearing masks and still practicing social distancing.”

He said planning for the parade was an “organic” process by volunteers and mosque board members who were looking for “an opportunity to feel what they normally feel in the month of Ramadan,” a sense of community and belonging.

Leena Tohaibeche, a Tempe resident who took part in the parade with her family, said it let her feel safe while feeling herself part of the celebration.

“I thought it was a great way to put our community in the Eid spirit, because the mosques weren’t open for Eid prayer,” Tohaibeche said. “Being able to drive around the mosque and still see the community was a very good way to start our day.”

But leaders of the Islamic Community Center of Phoenix decided to open their doors for Eid prayers after some members of the mosque’s congregation complained that they had spiritual needs they felt were not being met.

Usama Shami, president of the Phoenix mosque, said the decision to open was made only after mosque leaders consulted with a handful of doctors in the community and took extra precautions.

Those included closing access to bathrooms and water fountains, sanitizing the mosque’s carpet and requiring people to bring their own prayer rugs. All worshipers were required to wear masks and to remain 6 feet apart, and parents were not allowed to bring children under 12. 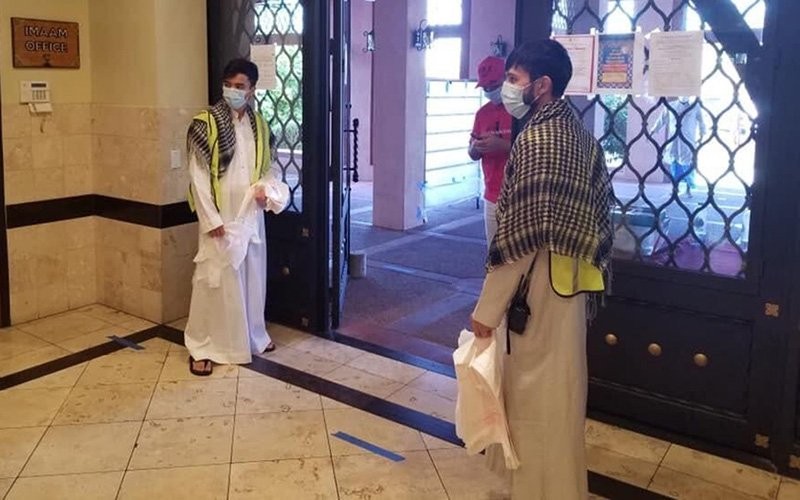 Shami said the decision to open for services Sunday had nothing to do with President Donald Trump’s demand last week that houses of worship across the country should be open, despite COVID-19 concerns, a statement that carried little weight with other mosques in the state.

Imam Ahmed Shqeirat said the only thing he agreed with Trump on is that “houses of worship are an essential part of society” because people turn to them for solace during trying times. He said he supports the opening of mosques if they enforce social distancing.

“We will not turn our spiritual services into a harmful thing for ourselves and for others,” Shqeirat said.

Tawil said one of the great things about America is the freedom to disagree with the president.

“I guess the power of this country is that even though the president could sign an executive order or make an executive order verbally, we’re not obligated to follow it,” he said. “We have our own individual intellects where we determine by the advice of medical professionals whether or not this is a smart move.”

While she was not able to celebrate face-to-face, Zara said this Eid ended up being more emotional than any other one she’s experienced because it made her realize how much she took for granted.

She had worried that this Eid wouldn’t feel special because there was no longer a morning prayer to attend, or any semblance of normalcy this year, she said the parade exceeded her expectations. Hearing the honks and cheers made her realize that “this love isn’t going anywhere.”

“Celebration isn’t going anywhere just because it may not be the way we’re used to it doesn’t mean it’s still not going to happen,” she said.