While You Were Sleeping, Arizona Beer House Was Pouring 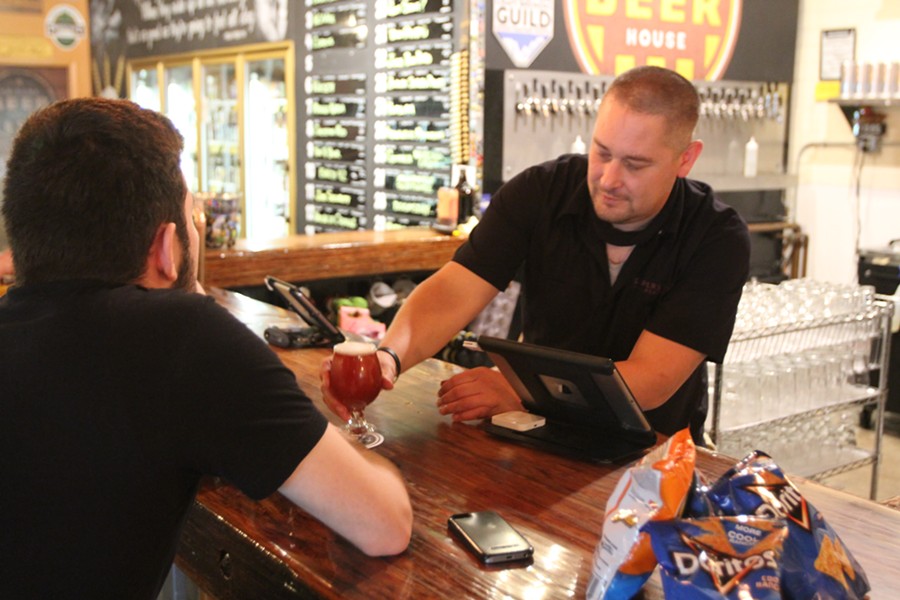 Arizona bars and restaurants started pouring again once the little hand met the big hand at the top of the clock to mark the start of Monday, May 11 and the end to the state's service industry shut-down.

Eastside bottleshop and brewpub Arizona Beer House celebrated with a midnight "End of Isolation" party that had more than a dozen thirsty patrons in attendance. Bartender Greg Turkington said he was happy to be serving beers and looking forward to seeing his regulars again.

"Right up until midnight, we were to-go (service) only," Turkington said. "And now with the ordinance ending...as you can see we got a few people ready to come in and explore as we're talking."

Small groups of customers began to stumble in, seemingly mesmerized they could order pints again and possibly return to life before the pandemic. Turkington smiles as he hands out a bag of chips with each pint he serves. He advises groups to keep it to two people per table on the patio.

“I feel like everyone has got a good enough grasp on the concept of social distancing that we should be able to trust everyone to do the right thing,” Turkington said. “We’re going to basically trust a lot of people on keeping the right mindset and the right safe action.”

There is a loophole in Gov. Doug Ducey's May 4 announcement allowing bars to open up with restaurants as along as a bar provides dine-in service. And when it comes to dine-in service, just having a bag of chips to serve qualifies, according to state liquor officials. Ducey’s order applies to all dine-in establishments but does not differentiate the type of license needed to be considered dine-in.

Owner Brian McBride said it’s the fourth time he’s rescheduled the event. They had originally planned for reopening April 1, but the governor’s March 30 shut-down executive order pushed it back to May 1. When Gov. Ducey announced Arizona was staying closed until May 15, McBride pushed the date back again. This time he said he was happy to reschedule after hearing bars would be included in Gov. Ducey’s May 4 announcement.

“We’re trying to put something out there for people to look forward to,” McBride said. “We’re trying to do something small. We’ve never been open past midnight so I figured there’s no better time than now to give it a shot.”

McBride said he hasn’t done much to prepare for customers returning besides following the governor’s guidance for dine-in service. They’ve removed some chairs but since it’s a big space with garage doors, McBride said his establishment will feel more outdoorsy than most.

“Everything is already spaced out. We have a huge space so we’re lucky for that,” McBride said. “We have a big patio and we’ll have the garage doors open, so basically it will be like sitting outdoors.” 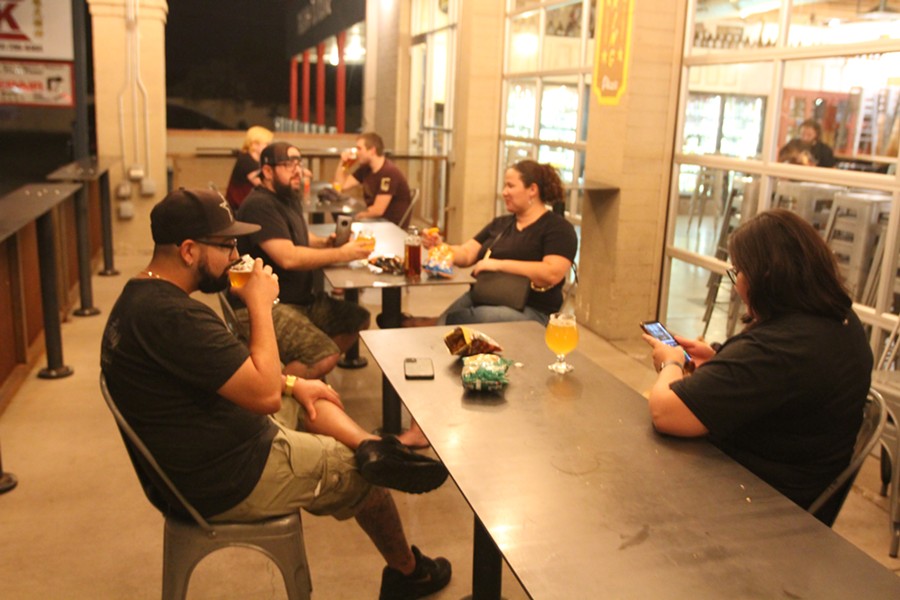 McBride doesn’t think there is much he can do about enforcing social distancing outside of removing tables and chairs, he said. It’s up to the individual to decide whether or not they feel comfortable with being back in the public, McBride said.

“We can’t really monitor who is coming together and who wants to sit by each other,” McBride said. “I feel like people manage social distancing themselves and what they’re comfortable with.”

McBride also said he was leaving it up to his employees to let him know if they were sick or not. He doesn’t plan on checking anyone’s temperatures and it will be the employee’s choice to wear a mask or not, he said.

“They know if they feel sick not to come into work and that’s how it’s always been,” McBride said. “The masks...that’s a tough one. If the employees feel comfortable wearing we’ll make that option available. But we’ve been open since the beginning.”

Nico Mauceli stopped by Arizona Beer House for a tallboy when he heard they were reopening at midnight. Mauceli had no qualms about coming to a bar during the pandemic or, “Otherwise I wouldn’t be out here,” he said.

“I feel with some common-sense precautions, I can take care of myself,” Mauceli said.

Before the pandemic, Mauceli said he would partake in nightlife quite often when his children were away. While he is out enjoying Monday morning at the beer house, Mauceli said he probably wouldn’t be going out as often as he did before.

“I have my kids every other week. A week without my kids I’m out pretty often, maybe every night,” Mauceli said. “I don’t think I’ll be coming out as much as before, but I do plan on putting my foot in the water a little bit.”
Prev
Next