State taking steps to reopen economy, but reviving it could take years 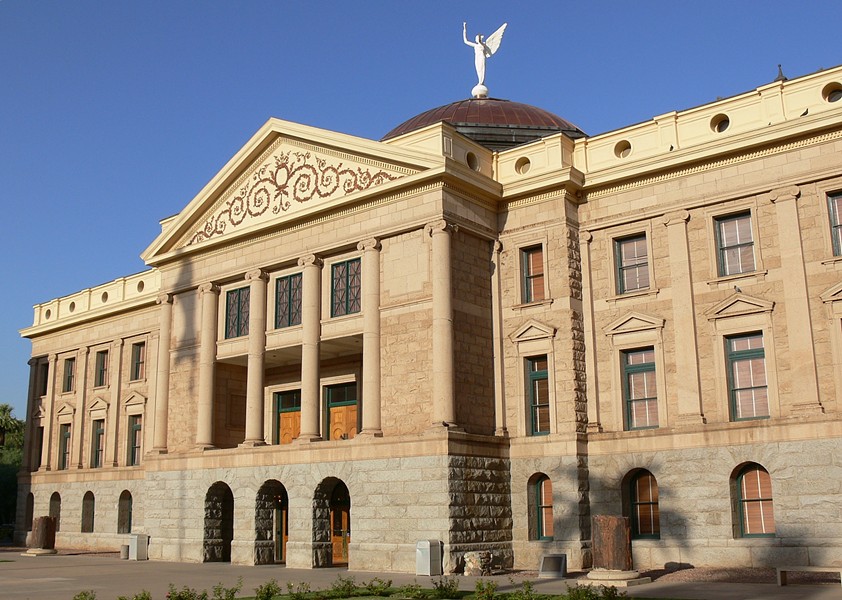 As businesses shuttered by COVID-19 and resulting high unemployment have led to a collapse in sales and income tax revenues, state and local governments may be forced to slash budgets. That, in turn, could slow the overall recovery, economists say, with fewer workers and services pumping money back into the economy.

Arizona’s Joint Legislative Budget Committee predicts the state could face a $1.1 billion budget shortfall for the rest of this fiscal year and into fiscal 2021. But that’s just the midpoint of a shortfall estimated to fall between $600 million and $1.6 billion.

The state may be in a relatively good position with a $973 million “rainy day” fund to draw on in emergencies like this. But if that’s not enough, Arizona – like other states – may have to make budget cuts to weather the storm.

“Unlike the federal government, states can’t deficit spend and they have to balance their budgets, so you know with these types of revenue loss states could face significant cuts without assistance,” said Erica MacKellar, a policy specialist at the National Conference of State Legislatures.

Gov. Doug Ducey last week, saying Arizona was “headed in the right direction” in terms of new COVID-19 cases, and allowed limited reopening of retail businesses, barbers and salon, with social distancing rules in place. And restaurants were allowed to resume dine-in services Monday, with limits on the numbers of people who can be served at one time.
But the JLBC still projects Arizona will lose hundreds of millions in revenue this year and next from multiple sources, ranging from corporate income tax, which is expected to decline 39% this year, to income tax withholdings, predicted to drop 15% in the fourth quarter of this fiscal year.

As revenues are falling, state costs will be climbing in some areas.

Arizona’s Medicaid agency, the Arizona Health Care Cost Containment System, is projecting to see caseloads jump by as much as 30% by the end of fiscal 2021, bigger than the increase the state saw during the Great Recession, according to state documents.

MacKellar said if states run out of money they could begin hiring freezes, or could start broadly cutting agencies.

But with federal assistance and money from the state’s rainy day fund, Arizona may be able to take the economic hit and “tread water,” said state Sen. J.D. Mesnard, R-Chandler, the chairman of the Senate Finance Committee.

“At this moment, I’m cautiously – but very cautiously – optimistic that everything that will come from the feds and the rainy day fund and other tools in the toolbelt, that we may not have to cut too much,” Mesnard said. “We’re just right now in a waiting game to see where the bottom is.”

But with the bottom potentially as high as $1.6 billion, Mesnard said the gap will be “impossible to budget for” until the numbers become clearer.

Nationwide, state budget shortfalls could total $650 billion, according to the Center on Budget and Policy Priorities.

“States face a fiscal crisis that’s much worse than even during the Great Recession of a decade ago,” said CBPP fiscal director Michael Leachman, during an April conference call.

“They urgently need significantly more fiscal relief from the federal government to avoid laying off workers and imposing deep budget cuts at exactly the wrong time – when those cuts will make an already weak economy even weaker,” Leachman said.

The $2 trillion Coronavirus Aid, Relief and Economic Security (CARES) Act enacted in March appropriated $110 billion to states and $30 billion to cities, but some say it’s not enough. And the Treasury Department said those funds are limited to use only for “necessary expenditures incurred due to the public health emergency,” limits the critics say are too restrictive for the broad needs of local and state governments.

Mesnard said it’s a challenge “when you don’t know what the rules are for the money that you’re given.”

“We’re still learning about whatever restrictions we have on how we allocate it,” Mesnard said. “Eventually they’ll put some meat on the bones as far as the money usage that’s going to the states.”

When Tucson got $96 million from the CARES Act in April, it was welcome, said Mayor Regina Romero, before adding that “without the flexibility to use them to replace lost revenue, we will be confronted with difficult decisions.”

“Our budgets rely on sales tax revenues to fund critical services including our first responders, housing services, transportation, environmental and waste collection, and other services that keep our city running,” Romero said in a statement. “We need immediate support from the federal government to maintain the services our residents rely on.”

In the worst-case scenario, states will have to cut their budgets but Mesnard said that would be a struggle when so much of the budget is essential services like education and health care. He called those “the last place we’re going to cut.

“Those three issues, public safety, education, health care, are the three things that encompass 90% of the budget,” he said.

Cuts to state and local budgets would “make the downturn worse,” said Stephanie Aaronson, an economic director at the Brookings Institute.

“States would end up having to lay off civil servants and cut back on services in a way that will be detrimental to the health of the economy,” she said.

Aaronson said there’s a lesson to be learned from the Great Recession in 2008.

“I think one thing that made it so difficult for the country to emerge strongly from the Great Recession was the fact that state and local government spending recovered so slowly,” she said. “It was really a drag on the economy.”