May 07, 2020
8 comments
The Arizona Department of Health says its back in business with the ASU-UA modeling team that was developing projections of the spread of COVID-19 in Arizona.

The decision to tell the local team their work was no longer necessary had drawn criticism from health experts and Democrats.

Chris C. Minnick, a spokesman for the Arizona Department of Health, said in a statement that the partnership is back on.

"Earlier today we communicated with the members of the University modeling team and we’re pleased to announce an ongoing partnership to continue providing models," Minnick said. "Our initial request for the team was to produce the model that they delivered on April 20th. We were very pleased with the model they provided. Understanding the demands on their time, we let them know that we were putting the modeling project on pause until we could bring them back to assist with modeling COVID-19 resource requirements during the influenza season. Since then, the Universities and team members have expressed a willingness to continue doing this work. We are grateful for their dedication and we look forward to an ongoing partnership." 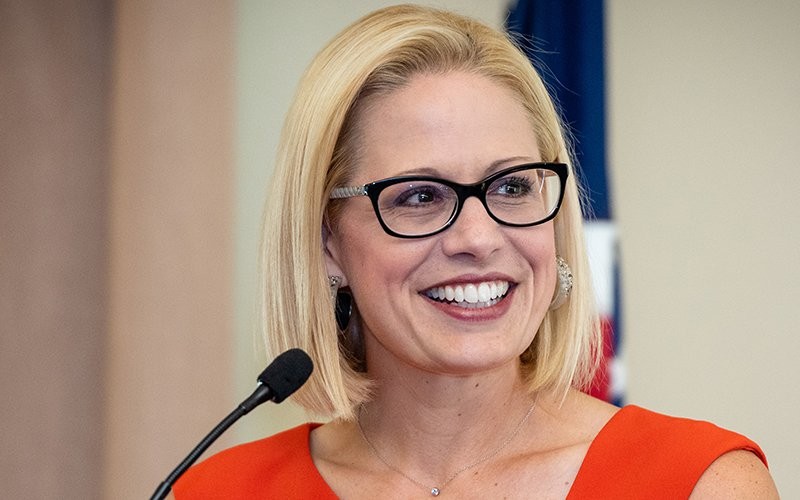 The Ducey administration came under criticism this week after the Arizona Department of Health officials told university professors who had been modeling COVID-19’s spread to cease work.

Ducey spokesman Patrick Ptak said that the state had decided to go with a model that had been developed by the Federal Emergency Management Agency and the Centers for Disease Control and Prevention. “When we first started tracking data, the state utilized various models to help predict future outcomes and make decisions in real-time,” Ptak said. “Their projections were often widely divergent and constantly changing. … We now have two months of on-the-ground data. We’ve been able to see which models are accurate—which match the actual facts and are most useful—and which are not. Dr. Cara Christ, the director of the Arizona Department of Health Services, is an infectious disease epidemiologist and public health expert. She made the decision after reviewing all the data. The modeling we are utilizing going forward is developed by FEMA and CDC and ensures our hospitals have capacity for any situation. That is the case currently, but we aren’t taking any chances.”

But Will Humble, the former director of the Arizona Department of Health, criticized the decision to shut down the local modeling effort in a Wednesday blog entry on the Arizona Public Health Association website.

“Astonishingly, the ADHS sent a letter to the Working Group last night hours after the governor’s press conference telling them to stop their work, discontinue producing predictive models, and to return the data that the working group was given by the ADHS,” Humble wrote. “Interestingly, the request came hours after the governor announced a relaxation of the Stay at Home Order. The letter asking them to stop work didn’t provide any reason for the request except that it was at the direction of ADHS’ senior leadership.” Humble said the decision to shut down the Arizona COVID-19 Modeling Working Group “begs the question of whether the Modeling Working Group was discontinued because they had been producing results that were inconsistent with messaging and decisions being made by the executive branch.”

U.S. Sen. Kyrsten Sinema had likewise expressed concern about the disbanding of the modeling team and said she was glad to hear the modeling work would continue.


“The Governor's choice to disregard the science that should be the basis of Arizona public health policies—and the White House's guidelines for re-opening—is concerning and disappointing,” Sinema said in a prepared statement. “I'm grateful that Arizona State University and the University of Arizona will continue this work, and I plan to rely on their findings and conclusions in my work to keep Arizonans healthy, safe, and economically secure.”

That criticism was echoed by state Rep. Randy Friese, a Tucson Democrat who works as an emergency room doctor. Friese called the disbanding of the eam “hugely alarming to me.”

“We need unbiased, scientific data and analysis and unbiased interpretation of that data,” said Friese, who worried that the dismissal came because the group’s advice was at odds with Ducey’s decision to move forward with relaxing restrictions related to his stay-at-home order.

“The modeling was saying the safest thing was to wait until late May to reopen,” Friese said. “The predictions are saying now that if we reopen now, we will be shutting down again in a couple of weeks and we may have to shut down for even longer if we had just waited a little longer.”