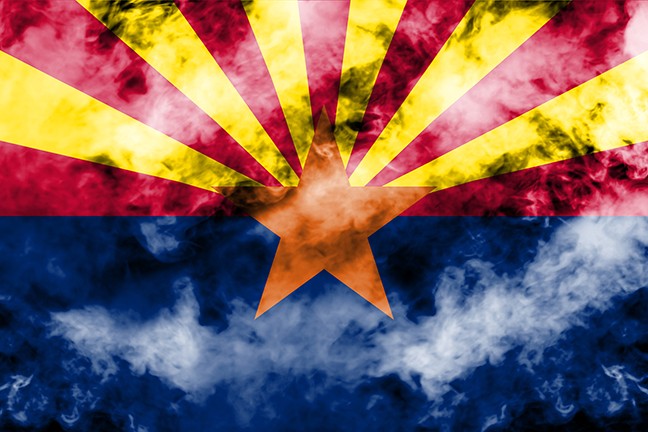 Phoenix Mayor Kate Gallego has requested that Ducey allow mayors to be a part of the decision process on whether to extend or keep the stay-at-home order, which is set to expire at the end of Thursday. The governor last week said he would base his decision on the latest data on the spread of COVID-19 in the state, which has claimed 293 lives so far.

“Governor Doug Ducey put in an executive order and has made it clear that he is the decision maker on these issues,” Gallego said. “Governor Ducey’s staff used to have phone calls daily with the mayors at the beginning of the virus, but they have canceled that.”

The mayors of Casa Grande and Tolleson reported that more essential businesses in their cities stayed open during Ducey’s order than in Phoenix and Mesa, which might help them in the long run.

“A lot of our industry is essential so it continues to work, we have about 27 manfucturing facilities. The biggest issue is going to be the bars and restaurants,” said Casa Grande Mayor Craig McFarland, adding that the city’s 2020-21 budget is expected to fall just 0.6%.

Several mayors said that whenever Ducey allows businesses to reopen, it will have to be done gradually, with social distancing and crowd-size limits still in place.

“It’ll be interesting to see how we transition out of the stay-at-home order to what extent we incorporate social distancing into our daily lives so we can engage in economic activity as soon as possible,” Mesa Mayor John Giles said. The roundtable was hosted by the Greater Phoenix Economic Council.

As of Tuesday, April 28, the Arizona Department of Health Services reported 6,948 cases of COVID-19 and 293 deaths in the state. It said 67,438 tests for COVID-19 have been completed as of April 28 in public and private labs in Arizona, and 8.7% of tests have come back positive for the virus.

Frontline workers to be honored by Air Force on Friday

Luke Base Air Force and the Arizona Air National Guard are planning a special flyover at 3:10 p.m. Friday to honor first responders and others battling COVID-19. The 15 jets, including F-35A Lightning IIs and F-16 Fighting Falcons, will fly a 50-minute route over much of the Phoenix area. “We want everyone to be able to look up from their homes and enjoy the display of American airpower, resolve, and pride while keeping frontline responders in their hearts” Brig. Gen. Todd Canterbury, 56th Fighter Wing commander at Luke, said in a press release.

Health privacy law experts told ABC15 they think Arizona officials are mistaken in their refusal to release detailed data of COVID-19 outbreaks by unlawfully claiming they are protected by federal patient-privacy law. Health officials have denied requests from news reporters and members of AARP for information on locations of nursing homes and other facilities affected by the pandemic.

The first confirmed death of an Arizona inmate came two weeks ago when Joseph Assyd, 64, died in a Tucson hospital, KOLD reports. Assyd was serving a life sentence after being charged for first-degree murder and kidnapping in Maricopa County in 1995. He died April 12 of a respiratory infection, Pima County Medical Examiner Gregory Hess said Monday.

The Navajo Nation has officially confirmed 1,769 positive cases of COVID-19, more than 1% of the overall population, and 59 total deaths, according to the Navajo Department of Health. Those include 839 males and 930 females, with an average age of 47. Of these known cases, 426 are in Navajo County in Arizona.

In another development affecting the Navajo people, a U.S. District Court on Monday ruled in favor of 11 tribes in a lawsuit involving federal coronavirus relief. Arizona Family reports the tribes were successful in limiting the distribution of $8 billion in funding to tribes in the lower 48 states that need it, not a for-profit organization in Alaska.

The Tucson Unified School District is looking at projected costs of $8.5 million due to higher spending to fight the pandemic. The Arizona Daily Star reports the district spent $3.5 million on Chromebooks for students who did not have a computer for remote learning. Other expenses include curriculum materials and two child-care centers that provide a space for the children of health care workers and others battling COVID-19.

The Arizona Chamber of Commerce and Industry and the Arizona Small Business Association have started the CARES Act Readiness Program, which makes $600 billion in loans available for those in need, according to a press release. Small businesses can apply for the funds through https://caresactaz.com and en Español at https://www.caresact.com/espanol.

With schools closed, parents should take the opportunity to teach their kids about money, a subject rarely taught in school, according to Gregg Murset, a co-founder of the BusyKid money management app. Cronkite News spoke with Murset about why this topic is so important.
“At very few places are personal finances taught at school,” he said. “The school teacher will never give some student money. The home is a source of money for kids, and that is where they should be taught.”

Miller Dao, owner of SV Gourmet Kitchen in Maricopa, is feeding first responders for free from his food truck, using food donated by local businesses. Donations are the only way Dao can keep giving back, so contact Dao if you want to help.