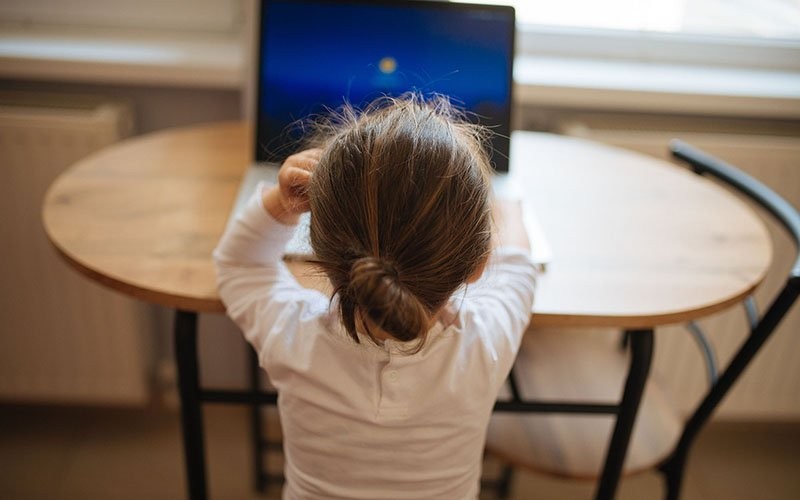 TEMPE – The scramble to deliver lessons remotely because of COVID-19 has been a challenge for all schools in the state, but a particularly difficult one for districts on the wrong side of the digital divide, school leaders said this week.

While some districts have had a relatively smooth transition, others have found themselves forced to provide everything from wireless access to laptops for families – and sometimes teachers – who might not otherwise be able to participate.

On the other hand, Hoffman said, “far too many districts” did not have the resources to make the switch, specifically the Navajo Nation.

“This digital divide is crippling to Arizona and it’s not going to be a short-term problem, it’s going to be a long-term issue that we need to address,” Hoffman said, highlighting issues such as a lack of technology devices and internet access.

The Baboquivari Unified School District on the Tohono O’odham Nation is a case in point.

Because of spotty internet access, the district had to bring in wireless hotspots, said Superintendent Edna Morris, then followed that by distributing Chromebooks to families that did not have a computer, so students could do their schoolwork at home.
When her IT department told her that 75% to 80% of the work being done on the Chromebooks was not school related – with many students using the laptops to visit social media sites – Morris limited access to schoolwork-only sites.

“We have worked diligently to prepare Google Classrooms for your students and we are seeing that little to no work has been done,” the school district said in a Facebook post. “Therefore, we will be limiting internet access just to Google Classroom and Edgenuity moving forward.”

“We still continue to have parents come in and fill out forms to come pick up Chromebooks, and that will probably continue on,” she said.

Even though the transition to learning at home has gone smoothly for the most part, and her “teachers have done a phenomenal job with creating virtual classrooms,” Morris said, the district still faces Wi-Fi issues. As an alternative, the school district is still honoring requests for paper packets from families who cannot access the internet.

But even that can present challenges, technical and medical.

Cartwright Unified School District Superintendent LeAnn Aguilar-Lawlor said her district began distributing learning packets until other school districts pointed out that picking up the packets created a social-distancing problem. The district began to mail packets to families instead.

Liz Brooke, chief learning officer at Rosetta Stone, said on the call that in other states, she has seen examples of school districts putting hot spots on buses and driving them into neighborhoods that are most impacted or putting the buses in library parking lots.

That’s what Sunnyside Unified School District did, according to its website. The Tucson district began deploying school buses from 7:30-10 a.m. that are equipped with mobile hotspots and grab-and-go meals. It also extended Wi-Fi into school parking lots so students could access the internet while still practicing social distancing.

Aguilar-Lawlor said her district is moving to get each family a laptop or other device, with two or three devices for larger families. Preschoolers got less-expensive tablets and iPads to use for interactive learning apps, since many parents do not have the time to teach.

“Our kids know more about how to access technology than we ever will,” she said. “We’re definitely making sure that even our preschool children have access to that online learning.”

Aguilar-Lawlor said some schools in the district have 100% access to technology, but officials will keep working because no one is sure how much longer distance learning will be needed.

Hoffman said the department is still exploring options, as many hotspots and devices are on back-order. “We are looking into doing a state procurement of devices which would then make it more affordable for our districts to obtain those laptops,” she said.

“This is a time when we need extra resources for our schools,” Hoffman said. “We are still dealing without having enough teachers in our classrooms to support our students.”

Sheila Harrison-Williams, executive director of the Arizona School Boards Association, said there are challenges, but that staff members and educators are stepping up and adapting to the digital divide.

“We knew this was going to come at some point,” Harrison-Williams said. “We’ve been working on trying to close this digital divide for years, but you know, if we had done what we needed to do when we were supposed to instead of making all these cuts then we would not be in the situation that we’re in.”

But Hoffman said there has been at least one positive to come from the transition to distance learning.

“A silver lining to all of this is that we are all collaborating and working together to meet the needs of our students and our school communities,” Hoffman said.