More Questions Than Answers to Trump Threat of Immigration Suspension 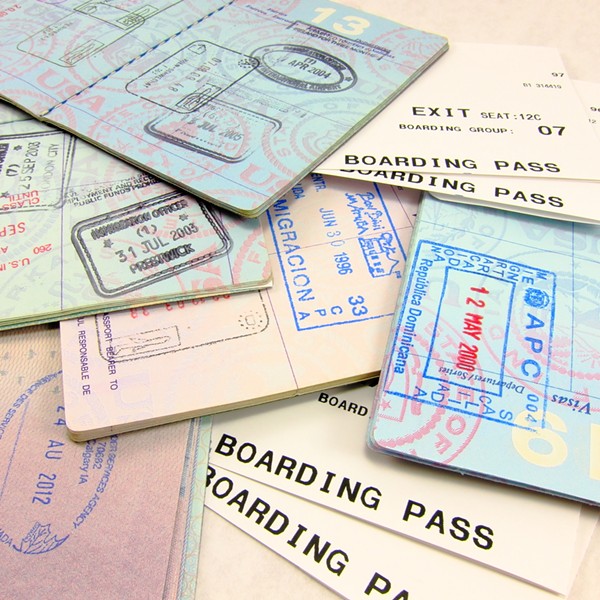 PHOENIX – Immigration experts and advocates aren’t sure how to assess President Donald Trump’s Monday evening tweet announcing his intention to temporarily suspend immigration, but they reject the idea that immigrants will compete with thousands of Americans thrown out of work because of the COVID-19 pandemic, and they suggest his administration concentrate on making more testing available across the country.

“In light of the attack from the Invisible Enemy, as well as the need to protect the jobs of our GREAT American Citizens, I will be signing an Executive Order to temporarily suspend immigration into the United States!” the president’s tweet said.

Since the tweet, however, the White House has released few additional details regarding the order, leading to speculation about possible other motives.

President Trump’s announcement seems to mirror widespread fears about what the job market will look like when the stay-at-home orders in most states begin to lift. The U.S. Department of Labor has calculated that at least 22 million people have lost their jobs within the past month.

In a statement, White House Press Secretary Kayleigh McEnany said, “As President Trump has said, ‘Decades of record immigration have produced lower wages and higher unemployment for our citizens, especially for African-American and Latino workers.’ At a time when Americans are looking to get back to work, action is necessary.”


In light of the attack from the Invisible Enemy, as well as the need to protect the jobs of our GREAT American Citizens, I will be signing an Executive Order to temporarily suspend immigration into the United States!

Trump implied that cracking down on legal immigration into the U.S. will alleviate the unprecedented joblessness, but immigration attorneys Cronkite News spoke with do not agree.

Delia Salvatierra, an immigration lawyer in Arizona, hopes the president will act constitutionally, rather than politically, when it comes to adjudicating benefits that U.S. residents are eligible for.

“Protecting American workers in this time of the pandemic is a force outside of even this administration,” Salvatierra said. “People are losing their jobs because the economy cannot absorb this many workers at this time, and that’s why people are filing for unemployment benefits. But those jobs are not going to be taken by undocumented people. The issue is that there’s no money to pay these individuals, whether they are documented or undocumented.”

“If immigrants, illegal or undocumented, were taking away jobs from Americans, how was the unemployment rate so low?” Silva said. “I think he is just using this as an opportunity to try to further restrict all immigration, legal and undocumented.”

Silva also is concerned that an executive order suspending immigration could have a larger negative impact on Arizonans, particularly the elderly, as well as immigrants working essential health care, agricultural and technology jobs throughout the state.

“We have a large population of immigrants here and people who bring their family members here, so it would definitely affect a lot of people,” Silva said. “It would really impact Arizona for the worst, in terms of family reunification and trying to fill the jobs that are needed.”

Salvatierra said such an order could mean a loss of security in Arizona communities. A chain reaction could occur if some of the state’s residents become afraid to apply for a Social Security card or insurance, she said, adding that taking away the opportunity for some to work or drive lawfully could create a less safe environment for all.

“From a community standpoint, I’m sure that people are going to be afraid. They’re going to be afraid to file for benefits with the immigration service, and there are other benefits other than just getting a green card,” Salvatierra said. “Adjudicating benefits for people who are eligible and who would otherwise have an opportunity to function … you would think that this would be in the best interest of any federal government. But because immigration is such a politicized topic, I don’t think that those issues are at the forefront. The issue is to block immigrants from entering the United States at all, at any cost, with any excuse.”

“All of the things he has done are in the best interests of Americans. Keeping people from coming in from foreign countries, I think is very important, and I think the president has acted wisely,” he said.

Immigrants’ access to jobs should depend on their legal status, he said.

“First of all, if you are entering this country illegally, I thoroughly oppose that. I want you out of the country,” Lawrence said. “Those people who are here illegally.… they should not be hired and they shouldn’t be here. Now, if you’re here legally, then you have a right to a job.”

U.S. Rep. Raul Grijalva, D-Tucson, said this order is not about jobs, though, and called Trump’s response to the pandemic “a national disgrace” in a statement Tuesday.

“Don’t be fooled. This executive order isn’t about protecting jobs. It’s about xenophobia,” he said. “We should instead be focused on access to testing and treatment that the American people so desperately need – not demonizing immigrants, many of whom are at the forefront of providing essential services.”

U.S. Rep. Ann Kirkpatrick, D-Tucson, also agreed Tuesday, saying Trump should be focused on providing more personal protective equipment for health care workers and others on the front lines instead of immigration.

“If this pandemic has taught us anything, it’s that the health of our neighbors impacts the health of our own family – we all play a vital role in the overall economic and health success of this country,” she said in a statement.

“At a time when millions of Americans are facing unemployment, the very last thing we need to do is import additional foreign labor,” he said in a statement Tuesday. “I’m grateful to President Trump for halting immigration to the United States.”

25 million unemployed. Stop immigration until Americans are all back to work. “A Truly Magnificent Move @Potus.#AmericanWorkers have been counting on you.” @AmWorkCo https://t.co/wbZi1A941b

Rather than ban immigration to fight the COVID-19 pandemic, critics say, the Trump administration should make coronavirus testing more widely available to flatten the curve of new infections.

Silva thinks the tweet was meant to distract from the inadequate amount of COVID-19 testing available nationwide, and that the varying policies imposed by the states have made it harder to come up with a comprehensive solution.

“It would be nice if he (Trump) would be a leader in putting forth a cohesive policy that everybody would want to follow,” Silva said of possible solutions to the virus that causes COVID-19. “If he showed leadership as far as thinking things through and making relevant decisions, I think people would follow, but he doesn’t even seem to want to try. That’s why we have this patchwork all over the United States.”

In a statement, the American Civil Liberties Union called for the Trump administration to come up with an alternative resolution.

“There are measured and productive approaches to curbing the spread of COVID-19, namely ensuring equal access to testing and treatment; releasing individuals from ICE and CBP detention; and suspending interior enforcement,” said the statement from Andrea Flores, deputy policy director of the ACLU’s Equality Division. “Unfortunately, President Trump seems more interested in fanning anti-immigrant flames than in saving lives. We cannot allow President Trump to exploit this pandemic to advance his racism and xenophobia.”

Some critics believe Trump is using the pandemic as a tool to ostracize asylum seekers and undocumented immigrants, even though the executive order could only control the influx of legal immigrants if signed.

“Immigrants have always been a scapegoat for America’s problems,” Salvatierra said. “And this is no exception from a president who is very flippant with his words. He thinks that politically saying those types of statements will reinforce his base that he’s doing everything he can to, in his words, put America first, but every single immigrant that I’ve ever helped gain status in this country has always put America first, I can tell you that.”

Trump already has made several attempts to limit legal immigration or otherwise make it more difficult for migrants and refugees to resettle in the U.S. He has reduced refugee admissions, tried to eliminate opportunities for asylum and even imposed a so-called wealth test for immigrants with legal status. His “America First” campaign also has been seen as a tactic to prevent Americans from competing with migrant workers in the job market.

This also wouldn’t be the first time Trump has used an executive order to rework immigration policy. He signed an executive order last September that requires state and local governments to provide publicly released written consent to receive refugees. The order claims that cities may not be available to commit to “sustainable resettlement” and references “long-term dependence on public assistance.”

The National Immigration Forum released a statement in response to Trump’s announcement that said the president is using the pandemic to advance his own personal political agenda and further divide the country.

“President Trump’s call to suspend immigration to the U.S. ignores the reality of our situation: The fact is that immigrants are standing shoulder to shoulder with U.S. citizens on the frontlines helping us get through this pandemic." https://t.co/2s5ieLqwUZ

“How many families would go without health care, food or otherwise if it wasn’t for immigrants working alongside native-born Americans yesterday, today and tomorrow?” Ali Noorani, the forum’s president and CEO, said in the statement.

The American Immigration Council also has criticized the potential executive order and Trump’s handling of the coronavirus pandemic.

The Trump administration has been working to shut down immigration for years.

They are using the coronavirus as a pretext to justify one of the largest power grabs in our history and fundamentally reshape one of the core tenants of America.https://t.co/rFFScTW2ta

“For the past three years, there has been a steady effort by the Trump administration to completely shut down immigration to the United States,” Beth Werlin, the council’s executive director, said in a news release. “It is no surprise they are using the coronavirus as a pretext to advance this agenda. Our political leaders should be focused on containing and preventing further spread of the virus, but instead are attempting to scapegoat immigrants.

“In our effort to recover and rebuild our economy, we must stand united. Americans and newcomers are in this fight together and the vibrancy of our future depends on it.”