Dating From Home: How to Find or Keep Love Alive in the Time of Coronavirus 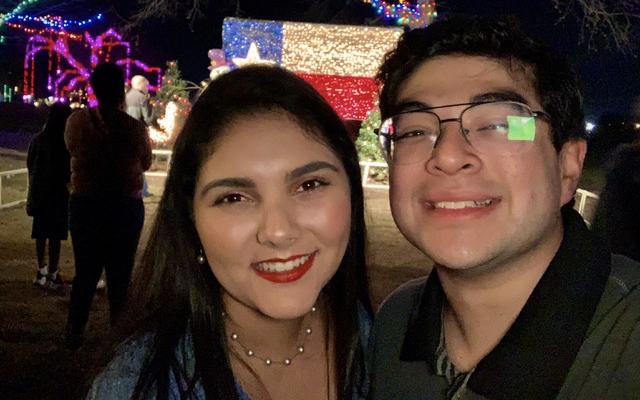 PHOENIX – Whether speed-dating on Zoom or making plans for a virtual movie night, couples are getting creative in making and maintaining romantic connections during these times of social distancing.

Even those already in long-distance relationships and accustomed to communicating virtually are finding the forced quarantines and physical separation challenging.

Mireya Treviño, a senior at the University of Texas in Austin, met her boyfriend when he visited from San Antonio for a Halloween party. Despite the distance – the cities are a 90-minute drive apart – the two started talking and officially began a relationship in December.

Treviño, who is studying public health, wasn’t too worried about COVID-19 at first. Then she learned she’d been exposed, leaving her boyfriend to console her from afar.

“He was trying to raise my spirits because I was kind of down and out,” said Treviño, who did not end up with COVID-19. “I was like, ‘What if I had spread it? What if I gave it to somebody who can’t fight it off?’”

Being able to connect digitally has allowed the two to stay emotionally bonded while physically apart. Although they’ve not seen each other since February, Treviño and her boyfriend talk on the phone or FaceTime nearly every day.

“We’ve had moments where … we’re not even talking, we’re just watching Netflix together,” she said. “On the count of three we press play at the same time. … Or I’m doing laundry and he’s just kind of in the room virtually. It’s like a comfort thing.”

For people like Kathryn Poe, social isolation is crucial because of preexisting health conditions.

Poe, a college student in Columbus, Ohio, is immunocompromised because of a bone marrow transplant a year and a half ago. Her condition puts her more at risk of contracting COVID-19 and becoming very sick.

Poe met her boyfriend, Liam, a few months before her transplant, and as their relationship blossomed, she couldn’t leave her bed; the two couldn’t even touch. Those restrictions began to ease as she recovered, but for a time their relationship looked much like what some couples are experiencing now for the first time.

“I have very much lived in a world where people have always been like, ‘I could never do that. I know what that would do to my relationship. I have no idea how that would work out,’ and I already know and I already live that all the time,” Poe said.

When coronavirus began spreading across the country, Poe and her boyfriend self-isolated together because neither was symptomatic and her boyfriend has minimal outside contact. He’d already been trained on proper hygiene and thorough hand-washing.

Poe said the adjustments they’ve needed to make are, to them, somewhat ordinary.

“We’ve pretty much just gone back to our old habits,” Poe said. “I think for myself and a lot of immunocompromised people, it’s just the way that we live our everyday lives. It’s not abnormal.”

She added: “At least we’re quarantined together. … We sit around and read and do homework together, and so the only thing that’s really changed for us is (not) going outside.”

Maintaining a relationship is one thing in the time of coronavirus, but starting something new is an even bigger challenge. 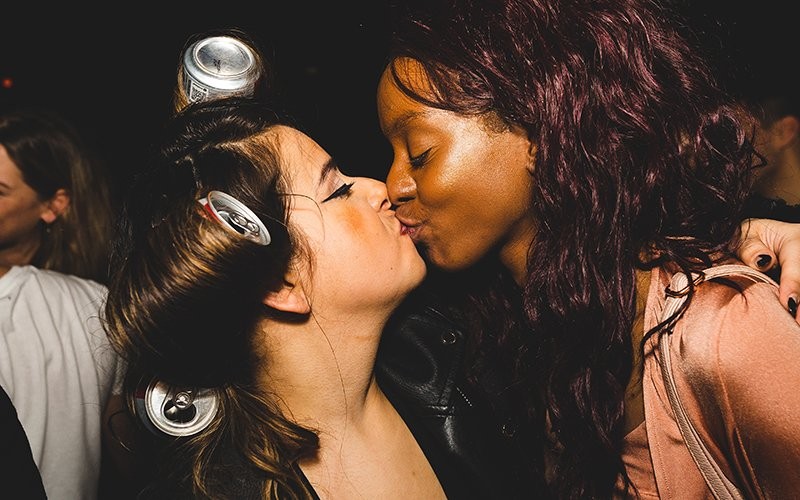 Gabrielle Alexa Noel, a software engineering student in New York City, attended a Zoom speed-dating event hosted by the matchmaking company Here/Now. She said she signed up for the service a few months ago, but the virtual event was the first one to catch her eye.

It started as one big group Zoom call before participants used breakout rooms to talk – first in smaller groups, then in one-on-one chats.

“It was just such a culture shock. It was just so weird,” Noel said. “I think that I missed out perhaps on people’s mannerisms. … It was just hard to gauge.”

Noel is in a polyamorous relationship, which means she has a girlfriend but both have romantic relationships outside their own. Although they live in the same city, the two have been forced to socially isolate – putting their two-month relationship to the test.

Noel worried she would lose her connection with her girlfriend because she began social distancing first.

“I was taking it pretty seriously, but her job hadn’t said that she can work remotely and she was also still going out with other people who also were not yet, like, super social distancing,” she said.

Once they both started isolating, their conversations grew intimate more quickly.

“We got over hurdles a little bit faster,” Noel said.

At the end of the Here/Now event, Noel had met a few people she was interested in building a friendship or romantic connection with, and she has remained in contact with one.

Here/Now is not the only company trying to facilitate at-home connections. Dating app companies are increasing the availability of their services during the COVID-19 pandemic.

Tinder said its Tinder Passport service, which allows you to match with people all over the world, will be free until April 30. Tinder U, which matches students attending schools near one another, has removed its distance restrictions to allow for communicating from home instead of campus. A new feature, called Still in Session, allows students to connect while some have returned to their home states.

Tinder also has been publishing articles addressing frequently asked questions about dating during a pandemic and providing tips for FaceTime dates.

In addition, some dating app companies have launched campaigns to help counter the economic effects of COVID-19. Bumble is putting $1 million toward helping small businesses; Hinge donated $25,000 to a relief fund for restaurant workers nationwide.