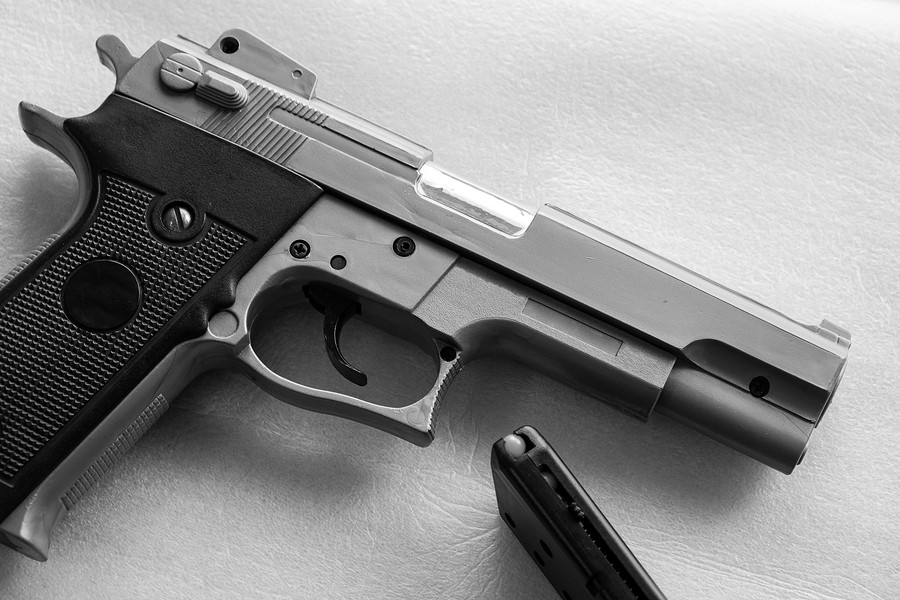 PHOENIX – Arizona processed a record 82,771 background checks on would-be gun buyers in March, as fears of the coronavirus drove people to gun shops in what one shop owner called “panic time.”

It was twice as high as any March in the state since FBI background checks began in 1998 and almost one-quarter of the total sales in Arizona for all of 2019, according to NICS Firearm Checks data, which showed a doubling of background checks from February.

Gun shop owners said the only thing that has slowed down sales is a lack of inventory after March’s surge.

“People have just started panic buying at an insane rate,” said Wayne Semenko, owner of SnG Tactical in Tucson. “It’s been quite a roller coaster. People that have never bought before are in here buying.”

The surge in Arizona gun sales was reflected nationally, with background checks in March exceeding 3.7 million, the most ever for one month and more than 1 million more than the 2.6 million checks in March 2019.

Semenko and other gun shop owners blamed the increase, especially for first-time gun buyers, on fears that police agency ranks might be thinned by coronavirus infections as well as worries that gun shops might shut down along with other businesses.

There’s no danger of that for now in Arizona, where Gov. Doug Ducey declared gun shops an “essential service” in his March 23 executive order that shut down many other nonessential businesses.

Ducey’s decision was praised last month by the National Rifle Association, which says on its website that the COVID-19 outbreak is a threat to the Second Amendment.

“Nothing is more important than protecting ourselves and our families — especially during these times of uncertainty,” the NRA site says. It goes on to claim that some lawmakers are “exploiting the COVID-19 pandemic to deny you and your loved ones your fundamental right to self-defense and your Second Amendment rights.”

But Everytown for Gun Safety, an anti-gun violence movement, said it is the NRA that is exploiting the pandemic to drive gun sales by “fear mongering.”

“The NRA’s suggestion that Americans should stockpile firearms during this pandemic is rooted in the organization’s desire to line the pockets of gun manufacturers,” the group said in a statement. “More guns don’t mean more safety: If more guns made Americans safe, then we’d be the safest nation in the world – but America’s homicide rate is 25 times than that of other high-income countries.”

Flagstaff resident Marisa Scionti volunteers with Moms Demand Action, which is part of Everytown. She hopes gun owners, especially new owners, are being responsible with their guns because of the tragic consequences of irresponsible gun ownership.

“We want to make sure that parents, people who are gun owners, whether they’re new guns or old guns, are being very careful to lock them up,” Scionti said. “Especially now that there’s children at home all day long.”

Mark Healy, who owns Healy – America’s Firearm Provider, a large-volume dealer in Tempe, said he takes the responsibilities of gun ownership seriously. During last month’s rush, he said, he handed out as many cards for gun training to people who were “unprepared for gun ownership” as he did applications for gun purchase.

Healy, who said he worked 20 days straight in March, said cheaper handguns – anything below $400 – “went right away” and were extremely popular. He also said shoppers were buying more ammunition than they normally would and his store quickly ran out of popular items.

“They were certainly trying to beat the curve,” he said.

“We’re still out of some things right now, but for anybody walking in right now looking for a handgun or long gun, we can certainly supply that,” Healy said. “Not to the variety that we could before this started but to a large degree…. We’ve been bringing in quite a bit of things every day to replenish.”

Semenko also said ammunition is in high demand. He said business slows down when stocks are low – but other times there can be a line out the door. When his Tucson shop recently got 9mm ammunition in stock, there were 100 people waiting in line when the doors opened.

“That’s really what it boils down to is having enough ammo to protect your family if something was to happen,” Semenko said.

He said there is still a constant flow of customers coming in to get “what they need.”

“People are worried about other people, they want to be able to defend their possessions and their families,” Semenko said. “They don’t know what to expect. They see what happens in the grocery stores when things get a little bit low and they don’t want to be at the mercy of those people.”