As Coronavirus Infections Spread, So Have Clashes Between ICE Detainees and Guards

by Julián Aguilar, The Texas Tribune and Perla Trevizo, ProPublica 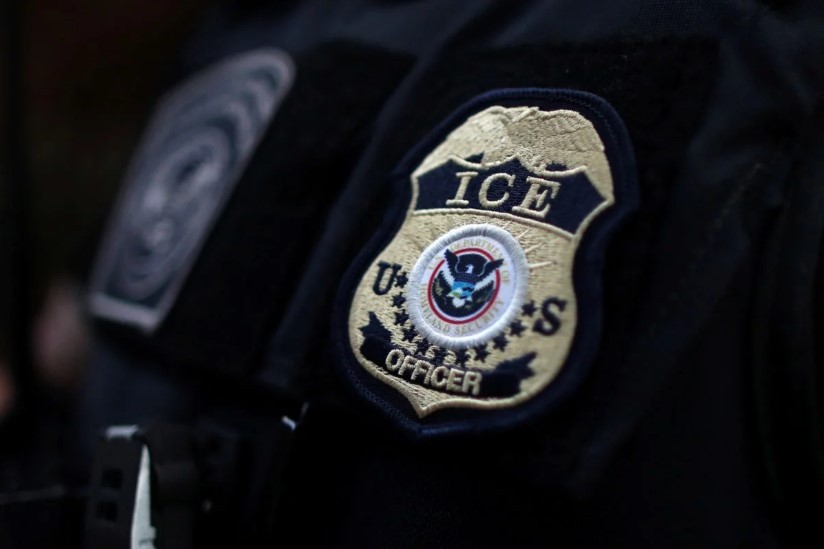 This article is co-published with The Texas Tribune, as part of an investigative partnership.

As the coronavirus pandemic spreads, so have confrontations between detainees and guards at Immigration and Customs Enforcement detention facilities across the country, the latest in Louisiana and Texas.

On Monday, migrants clashed with guards over a lack of safe conditions and demanded to be released from the South Texas Processing Center in Pearsall, attorneys and family members said. The melee led to a standoff and the guards shot pepper spray at the detainees, which ended with nine of the migrants now held for disciplinary charges. The migrants had raised concerns about the lack of screening measures for new arrivals to the complex, operated by the Florida-based GEO Group under a contract with ICE.


A day later in Louisiana, an ICE spokesman said seven people were pepper-sprayed at the Pine Prairie detention center, also run by the GEO Group. Earlier, an ICE detainee in New Jersey described harrowing conditions and said migrants went on a hunger strike for soap. ProPublica obtained an audio recording in which the detainee said that guards, in response to the strike for hygiene products in the midst of the coronavirus pandemic, told the detainees that they “have to die of something.”

By Thursday, the number of coronavirus cases had risen to four in ICE detention centers in New Jersey when officials at the Essex County Correctional Facility announced that three more people had tested positive there. Two are correctional officers and the other is a 52-year-old ICE detainee at the Newark facility. Seven migrants who were housed with the 52-year-old are under quarantine at the Essex facility.

Advocates for the immigrants and detainees themselves say the threat of COVID-19 has made their detention even more intolerable.

“Everyone is panicking,” an asylum-seeker who has been held about three months in Texas told a ProPublica reporter. “We don’t have anything. We don’t have disinfectants; they are not taking any precautions.”

The woman said detainees are using water to try to keep their area clean, concerned that if one migrant catches the virus, it could spread to the others inside their tight quarters.

The woman described being in a holding room with about 100 others and only four bathrooms available, and with only a few steps in between their beds.

“Any of them could be sick and we wouldn’t know,” she said. She added that a group of people from Piedras Negras, the Mexican city that borders Eagle Pass, Texas, were brought in without being thoroughly checked.

“They only took their temperature but without asking them anything,” she said.

According to ICE’s guidance, new detainees who arrive at facilities are screened and isolated for a certain period of time if they have a fever or respiratory symptoms. The staff is also consulting with local health departments to determine whether there’s a need for testing.

ICE confirmed the disturbance inside the South Texas facility and said the detainees were demanding to be released. Staff ordered detainees to then return to beds but they refused, the spokesperson said.

“The detainees told facility staff they would continue their protest until they were released from custody; however, those actions compromised security protocols at the facility. After detainees refused to comply with numerous commands given by contract staff, the contract staff initiated an immediate ‘use of force’ by disbursing oleoresin capsicum, commonly referred to as OC Spray.”

There were no serious injuries reported.

“ICE identified approximately nine detainees as instigators that incited this disturbance. All nine are now in restricted housing pending disciplinary charges due to security violations,” the spokesperson added.

When asked about the specific concerns regarding screening and allegations that new arrivals were not being vetted, ICE referred reporters to the online fact sheet, which provides information on how the detention center processes migrants and says the staff each day reviews guidelines from the Centers for Disease Control and Prevention on how staff should respond to the virus.

“We are really terrified for all the people who remain locked up in ICE detention,” said Bethany Carson, an immigration researcher, and organizer with Grassroots Leadership, an Austin-based advocacy group. “It is absolutely impossible to follow health protocols such as social distancing in a detention center.”