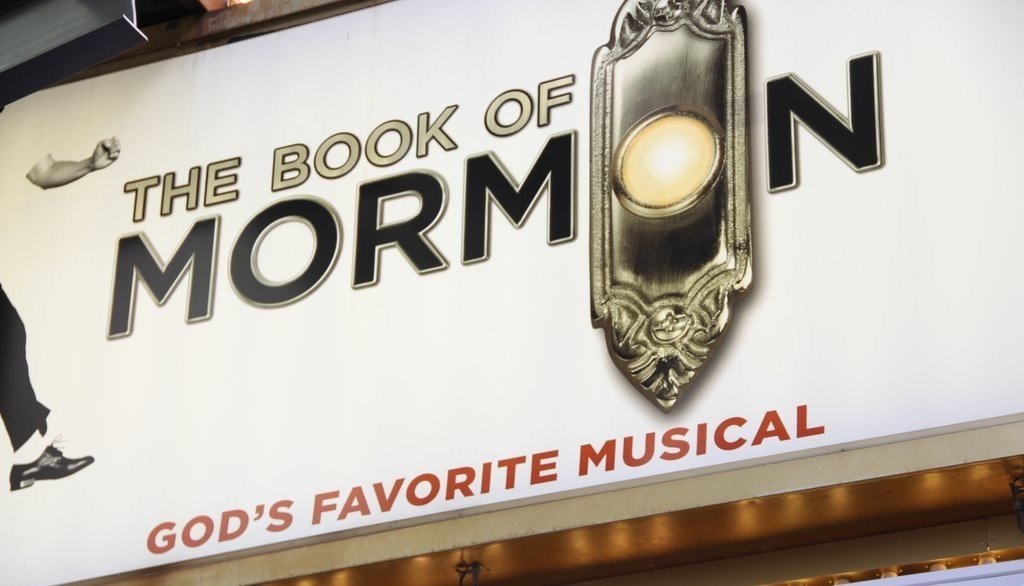 Book of Mormon. I have a vague recollection of, last time this show came through town, some poor woman trying to warn others on an online post about the event that this show was not, in fact, educational or serious story about the history of Mormonism. Heed her warning! This famously irreverent, and famously hilarious musical from the guys who created South Park, tells the story of two Mormon missionaries who travel to Uganda who meet characters like General Butt-Fucking Naked and sing songs like “Hasa Diga Eebowai!” (“Fuck you, God!”). If this is up your alley, you’ll be rolling around laughing. Tuesday, Feb. 11, through Sunday, Feb. 16, with shows at various times. Centennial Hall, 1020 E. University Blvd. $35 to $155+.

Becoming Dr. Ruth. If you like shows with strong sexual content appropriate for mature audiences age 13 and up, we’ve got a show for you! But also, if you like shows that are fascinating, inspiring and hilarious, we’ve also got a show for you. Well, Invisible Theatre has a show for you. This play by Mark St. Germain is about the radio and TV sex therapist Ruth Westeheimer, who is also a Holocaust survivor. And a former scout and sniper with the Haganah in Jerusalem. And someone who traveled to the United States as a single mother. You’ll be amazed at what you learn! 7:30 p.m. evenings at 3 p.m. matinees Wednesday, Feb. 12, to Sunday, Feb. 23. Invisible Theatre, 1400 N. First Ave. $35. A special low-cost preview at 7:30 p.m. on Tuesday, Feb. 11 is just $20.

Navigating Health Care for Older Adults. Navigating your own health, and our country’s health system, tends to get more complicated the older you get. LGBTQ+ community members often face their own particular set of challenges. So, the next session of the Senior Pride Speakers Meeting, “Being Your Own Rescue: Become a Savvy Consumer of Health Care” might be just what you need. It’s hosted by Amanda Sokan, a faculty member at the UA College of Public Health, who has a PhD in gerontology. She’ll be talking about how to find and work with a health care provider and about lesser-known factors in bolstering healthy lives, like spirituality, humor and alternative health services. 2 p.m. Tuesday, Feb. 11. Himmel Park Library, 1035 N. Treat Ave. Free.

Tucson Storytellers: Love & Heartbreak. It’s pretty much impossible to not be aware that Valentine’s Day is coming up, right? For some, this is a time of year where we think about how wonderful their loved ones are, and how special it feels to be able to sit across the table from a person they love deeply and make effortless conversation. For others, Valentine’s Day brings up memories of that time they sent a Valentine to their crush in seventh grade and he didn’t even say thank you. Or that time a relationship which somehow felt like a cozy couch and a picnic in a meadow and a raucous Labor Day weekend celebration all at once ended with their hearts smashed into a million pieces. Come hear stories about the good, the bad and the ugly at this event hosted by the Arizona Daily Star and This is Tucson. 7 to 8:30 p.m. Tuesday, Feb. 11. The Loft Cinema. $12 GA, $8 students.

The Bird with the Crystal Plumage. The University of Arizona’s Cinematopia film club is continuing their “Giallo Month” with a screening of this 1970 thriller. Directed by Dario Argento, the master behind many artsy Italian horror/mysteries, The Bird with the Crystal Plumage tells of an American writer living in Rome who witnesses a murder attempt. The film was even graced with a soundtrack from the one-and-only Ennio Morricone. Before the film, Cinematopia will also be screening a curated pre-show of Giallo movie trailers. 7 to 10 p.m. Tuesday, Feb. 11. Screenings take place on the UA campus in the Harvill Building room 104, 1103 E. Second St.

Titanic. Just in time to get you in the Valentine’s mood, Harkins Theatres is screening the classic romance film about 1,500 people drowning to death. But even if the RMS Titanic ship isn’t historic enough, James Cameron’s vision, paired with stars Leonardo DiCaprio and Kate Winslet, left an enduring impact on Hollywood. Namely, we learned the most expensive film ever made could still manage to rake in plenty of cash. Nominated for 14 Academy Awards, Titanic managed to actually validate its more-than-three-hour runtime. That’s a feat worthy of a Tuesday Night Classic designation. 7 p.m. Tuesday, Feb. 11. 5455 S. Calle Santa Cruz and 5755 W. Arizona Pavilions Drive. $5.

Can you “Feel The Volume?” At 26 years old, this San Francisco DJ/EDM producer has stayed true to his creed: “Music has no boundaries.” Gnashing teeth, Jauz wades into Dangerous Waters. From the South of France, Habstrakt and TYNAN help to “Fuck It Up.” At Rialto Theatre…

Serving up some swampy zydeco-esque dishes to accompany your hooch, The Carnivaleros Trio are at the Tucson Hop Shop…

Community Info Do This! The Weekly List movies screenings things to do concerts art events
Prev
Next