The Other Shoe Drops For Lee Enterprises 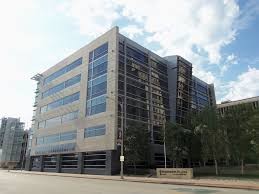 In a power move worthy of Gordon Gekko, Alden Global Capital acquired a near six percent interest Wednesday in media rival, Lee Enterprises, after purchasing a $9.2 million stake in the company on the open market.


According to Alden’s SEC filing, the company “intends to engage in discussions with management and/or the Issuer’s Board of Directors about certain operational and strategic matters, including, but not limited to the recently announced acquisition of Berkshire Hathaway’s newspaper operations and matters pertaining to the Issuer’s 2020 Annual Meeting."


Alden has built a vulture capitalist reputation after acquiring and gutting media companies, like Digital First Media, and numerous other dailies and weeklies over the past decade. Alden unsuccessfully tried to acquire control of Gannett, Lee’s 50-50 partner in the Arizona Daily Star, by attempting to plant their members on the media company’s board in 2019. Gannett shareholders overwhelmingly rejected the hedge fund’s attempt last May.

Lee Enterprises has declined to comment on the potential acquisition at this time.