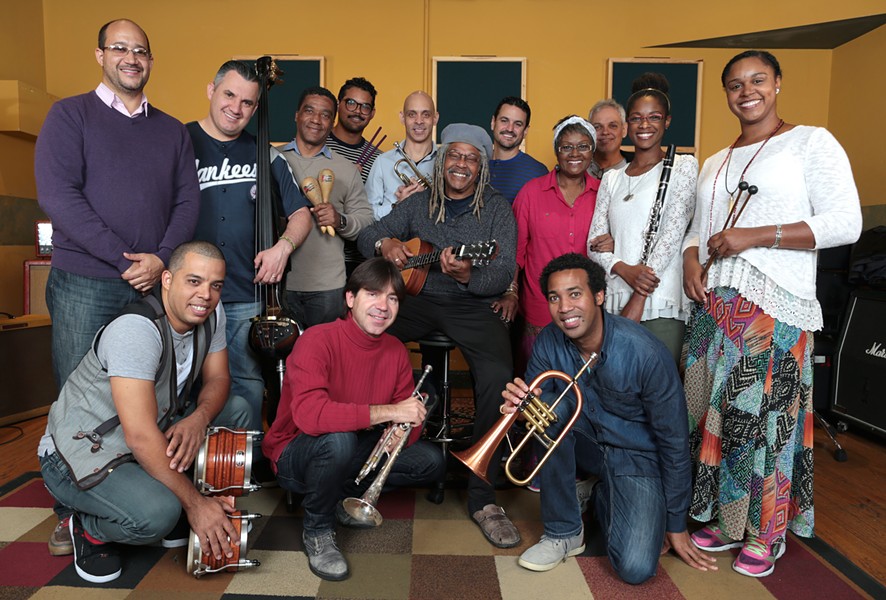 A central figure in Cuban music, bandleader Juan de Marcos González—whose oeuvre includes  the Buena Vista Social Club, Rubén González, Ibrahim Ferrer, Sierra Maestra and others—has been on a mission to demonstrate to the world the wealth, diversity and vitality of Cuban music for the past three decades. The Afro-Cuban All Stars play the Rialto Theatre...

This Chicago duo's sound has been described as "sultry vocals and dreamy yet alt-rock-driven guitar soundscapes floating over a rhythmic whiplash of drumming." Bernie & The Wolf bring the Haughty Banter Tour to Sky Bar. Bolstered by the "Hello Kitty-colored fuzzy post-grunge garage" of Feverfew and the thinking man's prog rock of Still Life Telescope...

On Aug. 28, 1963 at the March on Washington, Mahalia Jackson, the Queen of Gospel, prompted Martin Luther King Jr. to go off-script, shouting out, "Tell 'em about the dream, Martin." King began to improvise the speech's most iconic passage. "I'm really interested in these pivotal details that kind of shape things," says violinist David Harrington. UA Presents Kronos Quartet performing a mixed repertoire including Peace Be Till, a new composition based on that historic moment in Washington, D.C. At Crowder Hall...

Transforming passion into infectious joy, this renowned bassist effortlessly has crossed genres lending his virtuosity to projects with jazz and pop legends and classical masters alike. People Music (Mack Avenue Records), the title to his 2013 release, is his personal mantra. "Sometimes jazz musicians get too caught up in their own heads. I figure the best way to communicate is to let the people navigate where you should go." Christian McBride leads his hard-swinging acoustic quintet Inside Straight at the Fox Theatre...

Inspired by the cult films cherished by these L.A. indie rockers, Heaven Surrounds You (Danger Collective Records, 2019) acts as a Map to the Stars, if you will, for disaffected youth. And, their live show is said to be akin to a coming-of-age ritual. Surf Curse at Club Congress. Laika and Stripes provide wicked backing...

Eschewing the lion's mane wig, the dragon suit, the vintage Ludwig Vistalite drum kit, they chose a different path than other tribute acts: To stand on the music alone. Zeppelin USA gives an all-American salute to the music of the very British Led Zeppelin. At The Rialto Theater...

After 11 years, Club Sanctuary is calling it quits. DJs Plastic Disease and Black Flagg promise to drop some sinister industrial, electro and goth tracks for the Grand Finale. At the Surly Wench Pub...

"A Momentary Relapse." After a hiatus groove death metallists By the Gods reincarnate. With Elyzian, Within A Dream, Decrown The Heir and Guardians. At The Rock... 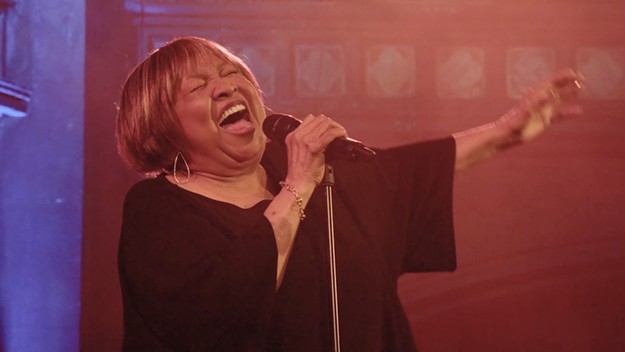 Among her numerous distinctions, she is both a Blues and Rock and Roll Hall of Famer and a civil rights icon. "One of America's defining voices of freedom and peace," she marched with Dr. Martin Luther King, Jr., performed at John F. Kennedy's inauguration and sang in Barack Obama's White House. "I'm the messenger. That's my job. And I can't just give up while the struggle is still alive. We've got more work to do." The mighty Mavis Staples performs at the Fox Theater. Vocalist Suzanne Santos opens...

Paying one's dues. Five years of constant touring with Albert Collins, followed by another decade on the road with John Mayall's Bluesbreakers, turned this Stratocaster-wielding guitarist into a fire-breathing monster. Eight solo albums later—and a significant portion of his life living out of a suitcase—Coco Montoya delivers the blues' hardest truths. At 191 Toole...

This former mechanical engineering student, found a connection between sound, design and fabrication amid the din and dust of a University of California machine shop. Harnessing the power of noise, doom and metal in unparalleled ways, Tristan Shone aka Author & Punisher takes Club Congress by siege. Up first, experimental/electronic/IDM artist Vytear hits the ground running...

Groove to Motown classics like "Respect," "A Natural Woman," "Chain of Fools" and more. Featuring vocalists Capathia Jenkins and Ryan Shaw, The Tucson Symphony Orchestra perform a musical tribute to the Queen of Soul: Aretha Franklin and the Soul of America. At Tucson Music Hall. Lucas Waldin is at the podium...

"Don't Let The Bass Get Ya." This installment of Resonance Monthly sees DJ/producer Cazztek, who "Came To Get Funky," drop bass and tech house. At Gentle Ben's. Enri, Kevek, Low Audio and Mikkey lend support...

From San Diego, post-hardcore/rockers Secrets bring The City Sleeps In Flame: 15th Anniversary Tour to The Rock. Backed by In Lessons, Echoes and The Abstract...

The Gabrielle Pietrangelo Trio, playing timeless romantic love songs from the 1930s and '40s, brings Dillinger Days to misty-eyed close. On the plaza at Hotel Congress...

Do This! Music Music things to do concerts band singers live music weekends XOXO
Prev
Next