Do This! News Sports 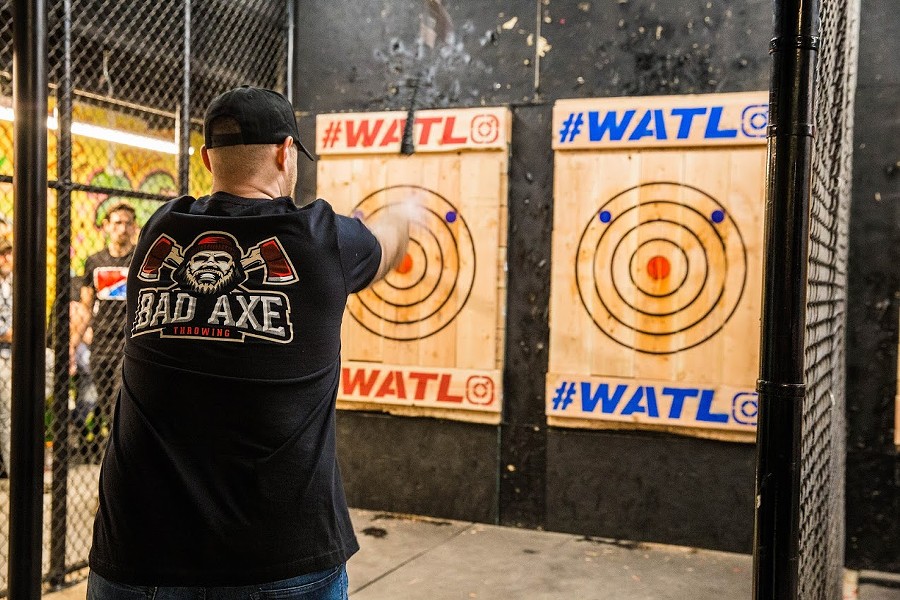 The sport of axe throwing is nothing new, but over the last 10 years the sport has spread across North America, growing in popularity and becoming more accessible than ever before.

The championship takes place on Dec. 8 and will pit 64 of the world’s best against each other for the title of world champion.

Evan Walters, commissioner of the World Axe Throwing League, said that Splitting Timber has applied to host competitions in the past as an affiliate member, and proved to be the perfect location for their biggest event.

He’s looking forward to seeing who the competition will bring out.

“There are so many awesome things about our tournaments such as seeing familiar faces, meeting new axe throwers, and just having fun with everyone in the axe throwing community, but for this competition it's much more high stakes,” he said. “All of the best axe throwers from around the world are competing for the title of world champion and it's going to be such a close competition. I'm very excited to see who takes it.”

Walters himself started out as an axe throwing coach just as a way to get out of the office before meeting the founder of the league and getting offered the role of commissioner. He’s involved in all aspects of the league, which has been around since 2017.

“Our vision is to prove that indoor axe throwing isn't just a unique experience; it can be a competitive sport,” he said. “We want to unite indoor urban axe throwing facilities from around the world under one professional axe throwing association.”

“From just three years ago to being on ESPN, it's taking the world,” he said. “When we first started we had about six affiliated companies in four countries join, and now we have over 150 companies in 19 countries. We very well expect that to continue growing for some time.”

The championship will be a double-elimination tournament with the top 64 players from all of the league's seasons and tournaments over the past year. They'll face off in three-match rounds, with the best of the three matches moving on to the next round. If they lose they go into a B-bracket, and the winner of the B bracket and A bracket will compete at the end for the title of 2019 World Axe Throwing Champion. Along with the title, the winner will receive a cash prize.

Splitting Timber co-owner AJ Hughes loves to see people having fun and looks forward to introducing new people in Tucson to the sport this weekend.

“Axe throwing is all about the community and the people are the best part,” she said. “They’re all so welcoming, encouraging and supportive of one another.”

She’s especially excited to see some local axe throwers from the range have qualified to compete in the championship.

Tom Lickliter starting throwing about five years ago in his backyard for fun before joining leagues in January. He won his last three local regional championships, competed in two national events and qualified to compete in the World Championships a few weeks ago.

“I have been practicing four to five days a week since then,” he said. “My best advice is learn how to throw from an axepert at Splitting Timber then practice, join the leagues and most of all have fun.”

Shaun Thrush works at Splitting Timber and has been competing for about nine months. He will be competing in the Wildcard and Duals tournaments taking place Dec. 6 and 7.

“I had seen my friend’s video on Facebook last December, wanted to go, we went the following week and I was hooked,” he said.

To prepare for the championship, he has focused on “Lots and lots of practice and clearing his mind.”

Hughes, who runs Splitting Timber with daughter Bethany Buckmaster, is excited to share the fun of this sport with the community.

“I’m looking forward to see the axe throwers coming from around the world,” she said. “The people are what makes axe throwing so fun.”

For more information on the championship, including a full schedule, visit https://worldaxethrowingleague.com/espn-watl-world-championship-2019/.

The event is free to spectators and there will be a beer garden and several food trucks.

For those who can’t make the championship in person, it will be broadcast on ESPN.

“The best advice I can give for a new thrower is be patient at first and just figure out where to stand each time so the axe naturally hits the wood edge first.” - Jules Mondeau

“Best tip... find an axe, find a throw and stick with it. Consistency is key.” - Josh Brill

“It’s not about strength, it’s about finesse. If you throw too hard, the axe will over rotate.” - Bethany Buckmaster

“I always tell people that come in (to Splitting Timber) randomly to just do it. They come in and say they want to try it sometime. I tell them let’s do it now. Don’t be afraid and come as much as you can afford the money and time wise.” - Shaun Thrush