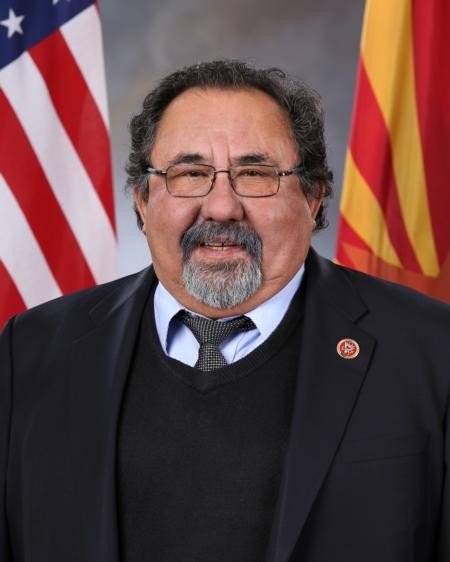 Rep. Raúl Grijalva weighed in on a recent report from two national human rights groups on the harsh conditions for individuals in the Eloy Detention Center.

The report, "The Carceral State of Arizona" was released by the Advancement Project and Puente this October, and alleges degrading and inhumane treatment of migrant detainees in the Eloy facility.

The report ranks Eloy as one of the deadliest ICE facilities in the country, claiming there is a lack of adequate emergency services, food and medications, among other mistreatments.

Grijalva, who has introduced legislation since 2015 to combat private prisons and detention centers, said that the Eloy Detention Center has been "plagued by a long and tragic history of neglect."

"Since 2003, there have been more than a dozen deaths," Grijalva said in a statement Wednesday.  "Unfortunately, many of these deaths could have been prevented had the facility acted according to law. Yet, the reality is that for-profit detention centers and private prisons are motivated by profit, not human decency. The incarceration of pregnant women, individuals with serious health needs and immigrants must stop. The federal government continues to contract with the private prison complex who acts without accountability or oversight. We must end private prisons and immigration detention centers. Congress must provide that accountability and oversight."

In 2017, Grijalva introduced the Justice is Not For Sale Act which, along with requiring "federal, state, and local governments to directly operate and perform core services at adult prisons and detention centers," requires ICE to "use Alternatives to Detention, and increases oversight to prevent companies from overcharging inmates and their families for services like banking and telephone calls."