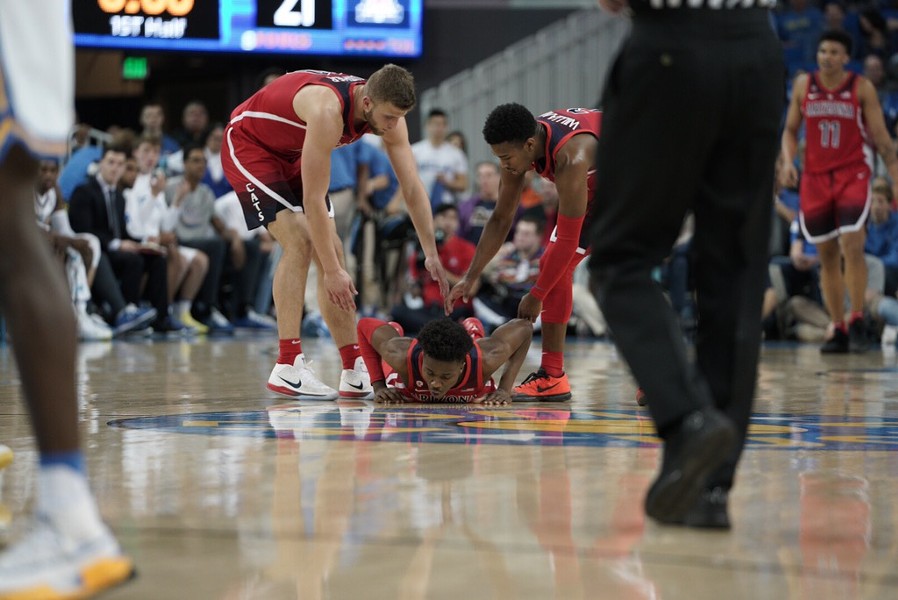 Sophomore guard Devonaire Doutrive has been dismissed from the University of Arizona's mens basketball program, according to a University release.

The reason for the school's dismissal was not given in the release, which included a quote from 11th year coach Sean Miller.

"Effective immediately, Devonaire Doutrive has been dismissed from our men’s basketball program for violation of team rules," Miller's statement read. "He will continue to receive academic aid and support through the remainder of the current semester. We wish him well in the next steps of his academic and athletic career."

Doutrive has appeared in three games this season, averaging 3.3 points per game. He played 19 minutes in the team's 71-64 win over South Dakota State on Thursday night, after missing the team's first two regular season contests against Northern Arizona and Illinois.

The sophomore was suspended indefinitely prior to the team's preseason game against Chico State on Nov. 1, citing a violation of unspecified team rules.

It is unknown whether Doutrive's dismissal is related to his earlier suspension.