Things to Do in Tucson on Halloween

October 31, 2019
comment
93.7 KRQ Boo Bash at St. Philip’s Plaza. Union Public House is celebrating their eighth anniversary at one of the biggest Halloween parties in town. This “Boo Bash” is sponsored by 93.7 KRQ and Guinness, and features food from Proof Artisanal Pizza and Reforma Modern Mexican. Plus, Guinness’ new orange brew will be in attendance for the season. It’s a big spooky bash of costumes, live music, food and beer. What more could you want out of Halloween? 6 p.m. to 2 a.m. Thursday, Oct. 31. 4340 N Campbell Ave. Information.

LightArt. Flowers make the world a brighter place, but this series of botanical lighting fixtures literally make the space around them brighter. For the next few months, that space is at the Tucson Botanical Gardens. Ryan Smith, the Seattle architect and designer behind LightArt, found his inspiration for this project in the flowers from the landscape of the Pacific Northwest. Rhododendron and cherry blossoms, foxglove and columbine, snowdrops and chartreuse blossoms abound. And all of them provide a warm glow that will make you feel both in awe of how lovely art can be and like you seriously need to step up the lighting game in your own home. On display through Jan. 5 at the Tucson Botanical Gardens, 2150 N. Alvernon Way. Hours are 8:30 a.m. to 4:30 p.m. daily, and 8:30 a.m. to 8 p.m. Thursday and Friday. $15 adults, $13 seniors/students/military, $8 kids 4 to 17, free for members and kids under 4. Information. 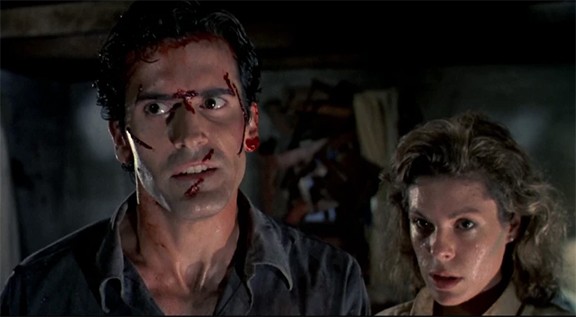 Evil Dead Double Feature. For Halloween, the Loft Cinema is screening one of the most successful independent horror films ever, and following it up with its ridiculously over-the-top successor. The frights begin with The Evil Dead (1981), a cornerstone of the cabin-in-the-woods horror genre, and continue with Army of Darkness (1992), part three of the series, which sees main character Ash transported back to the evil-skeleton-plagued middle ages. The evening goes from chilling horror flick to Gothic fantasy romp. And to make it even more fun, there will be spooky prizes for best costumes, and free Halloween candy for everyone. The Evil Dead screening is of a new 4K digital restoration with 5.1 surround sound and a reimagined music score by original composer Joseph LoDuca. 7:30 to 10:30 p.m. Thursday, Oct. 31. 3233 E. Speedway Blvd. $12. Information.