Four Movies to Check Out Tonight

IRIS: A Space Opera by Justice. Justice, in a similar fashion to another internationally touring French electronic duo, recently released a banger of a concert film. But IRIS: A Space Opera is different. This live show was recorded in an empty venue without any audience. It simply features the two performers at their music stations pumping out some wonderfully intergalactic house beats. The Screening Room invites you into the space rave! The concert film is preceded by a documentary that goes behind the scenes of their live show. 7:30 to 9 p.m. Tuesday, Sept. 10. 127 E. Congress St. $15.

Not Alone. Suicide isn't an easy topic to discuss, much less halt. That's why this special documentary screening also includes a resource fair with community mental health organizations and a post-screening panel discussion. Not Alone is a documentary featuring interviews with teens sharing their struggles with mental illness and suicide attempts. Through these intimate conversations, both the audience and the speakers learn. The post-screening discussion features Joronda Montaño, director of notMYkid; Rezwana Islam, UA Public Health major and LGBTQ advocate; Ernestina Limon, former Pima County Health Dept. Community Mental Health and Addiction Program Coordinator and more. This film screening and community forum is presented by the University of Arizona College of Agriculture and Life Sciences. 5:30 to 9 p.m. Tuesday, Sept. 10. 3233 E. Speedway Blvd. Free.

Day for Night: Deconstructing the Documentary. For fans of the style, documentaries can be eye-opening windows of truth into otherwise unknown scenarios. But what if manipulation is involved? The UA School of Theatre, Film & Television is hosting a panel about these "highly structured narratives shaped by directorial style." This session, presented by documentary editor and UA Film & Television professor Jacob Bricca, features a variety of film clips and breaks down the hidden conventions of the documentary style. 7 to 8:30 p.m. Tuesday, Sept. 10. 1103 E. Second St. Harvill 104. Free. 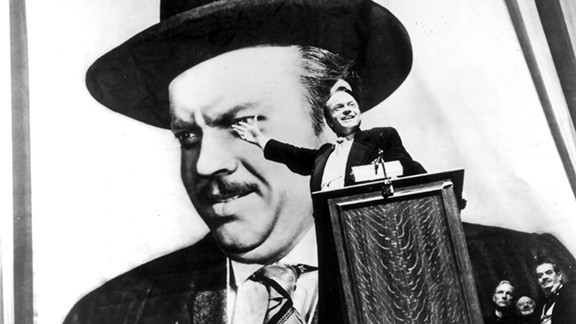 Citizen Kane. Is it actually as great as everyone says it is? The critics agree. The test of time agrees. This humble film writer thinks it's pretty dang good as well. For their Tuesday Night Classics series, Harkins Theatres are screening the film whose cinematography, editing and story structure are still influencing filmmakers to this day. But did you know, for all its retrospective praise, the film failed to recoup its production costs at the box office? 7 p.m. Tuesday, Sept. 10. 5455 S. Calle Santa Cruz & 5755 W. Arizona Pavilions Drive. $10.