Los Lobos, The Bennu and More: Concerts to See in Tucson This Weekend

Like a carbonaceous asteroid, psychedelic funk/jam band The Bennu shoot through the night
sky emitting light. They make impact at 191 Toole. The Legion of Mario channel the music of the Grateful Dead beforehand.

“1 in a Million,” Broken Romeo celebrate  30 years of rocking with abandon in the free world. At Club Congress. The Early Black join in the festivities.

Santa Pachita pour salsa, cumbia and ska into a blender, add ice, and make their own unique and
tasty concoction. At The Boxyard.

Searching for the cosmic, the Sonoran desert-imbued country of The Wanda Junes will soon have you “drinkin’ with the devil on the front porch tonight" at Exo Bar. With Tucson’s favorite post-skiffle trio, Golden Boots.

Showcasing some of the Old Pueblo’s top and up-and-coming turntablists, Funk Yo House Fridays goes off at Irene’s Holy Donuts.

As a member of critics’ darlings The Silos singer-songwriter Walter Salas-Humara—in a time before Uber and Lyft—penned ditties like “Let’s Take Some Drugs and Drive Around.” He performs solo at R Bar.
Saturday, Sept. 7 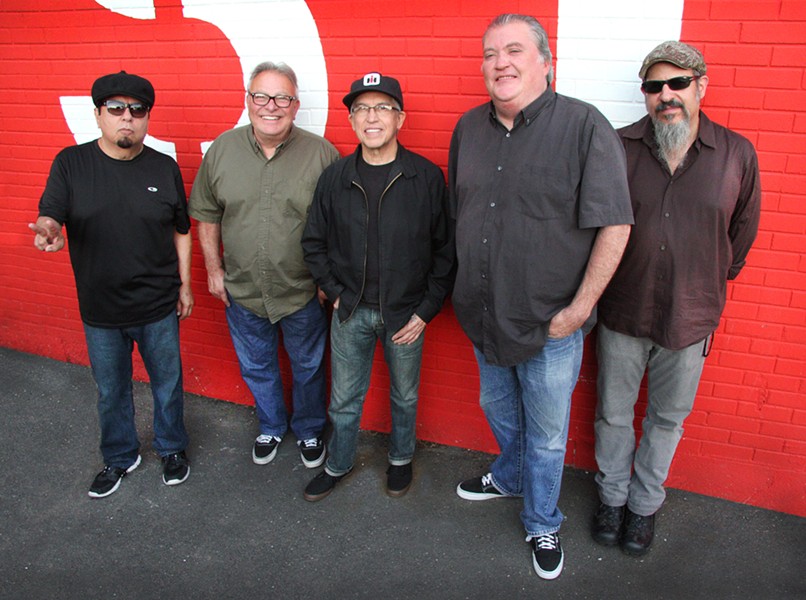 Emerging from the barrios of L.A., over the course of a celebrated career, this genre-hopping band have repeatedly disproven that they are not just another band from East L.A. “We’re incredibly lucky,” says Steve Berlin. Rock ’n’ Roll Hall of Famers Los Lobos diffuse their signature cross-cultural mélange at  The Rialto Theater. With the mighty Greyhound Soul opening.

Humility as a virtue. “I’m begging you to come to these shows,“ pleads oddball synth-popper Jerry Paper. “But still, who the heck is this guy?” Discover what “11th dimension” pop is all about at 191 Toole. Flanked by alt-rockers James World and Carnival.

Folk harp and viola delicately commingle to arrive at a mysterious landing. Mariah McCammond and Deanna Cross are The Hatpin Duo. In the tasting room at Sand-Reckoner.
The Gabriel Naim Amor Trio capture a touch of the glamour and charm of the Champs-Élysées. In the courtyard at Mercado San Agustin.

Like an ephemeral dust devil, they whisk together Spaghetti Western soundtracks, gritty blues and folk. Hey, Bucko! tip a bent cowboy hat to the desert at Exo Bar.

“People are always trying to figure out which compartment we fit into. That shit is tiresome,” Jon Nuñez says. “But in a world of Sabbaths, we get to be Van Halen,” Torche rock hard and loudly at 191 Toole with Pinkish Black and SRSQ.