Arts and Culture Community Info Do This! Music

"People Are People." No? '80s Monsoon captures the essence and spectacle of, what for some amounts to, "The Holy Trinity" of English electronic/post-punk/art rock bands—Depeche Mode, The Smiths and David Bowie—in their heydays. Strange Love, This Charming Band and Electric Duke evoke a likeness to truth. All-ages fun at the Rialto Theatre.

Diluvio, Santa Pachita, Salvador Duran, Aztral Funk y mas bare their Hearts for The Barrio: A Community Benefit for Petroglyphs at 191 Toole. Proceeds to aid this emporium after sustaining the bulk of the fire damage when a two-alarm blaze erupted in the Lost Barrio Historic Warehouse District in May.

Performing music from his acclaimed album Desert Sounds—a cinematic ode to the desert Southwest—and material staged during the Night Rider Tour, The Jacob Acosta Band are at Harbottle Brewing Company.

With a known penchant for effortlessly dabbling in various genres, The AmoSphere's intention is to make bodies move at Monterey Court. Denver native singer/guitarist Zach Heckendorf is up to bat first.

From Bozeman, Montana, out on the We Want More Summer Tour, vocal centric electro/soul duo Dash promise to have you "out on the dance floor, rocking out to the unknown" at Sky Bar. Locals Juju Fontaine and Sur Block add dimensionality to the lineup.

Under the Sudden Sky, metalcorists Crown The Empire top the bill at Rage Fest with Attila, Veil Of Maya, Gideon and others at Encore.

A brass-propelled Latin fusion soundstream will resound from the rooftop, literally. Santa Pachita are at Playground Bar and Lounge.

Benefit Bash for the Hungry finds The Legion of Mario performing the music of Jerry Garcia at Public Brewhouse. Proceeds benefit Felicia's Farm to provide food for Tucson's homeless and vulnerable.

Mixing pop, jazz and classical compositions into their repertoire, this eight piece ensemble—comprised of a string quartet and rhythm section—offer a little something for everyone. Hall Full perform for the people at Exo Roast Co.

These desperados make a run for it. Country rockers The County Line kick up some dust at Whiskey Roads.

"A Brain, A Beauty, A Jock, A Rebel and A Recluse." Yes, The Breakfast Club '80s Dance Party explodes with glorious nostalgia. DJ NoirTech spins the hits at the Surly Wench Pub.

The metallic gates of Hades shall part open to release something menacing. Epherum, Conquest Of The Aphids, Decrown The Heir, Sigils Of Summoning and Evasion defile the sanctity of Irene's Holy Donuts. 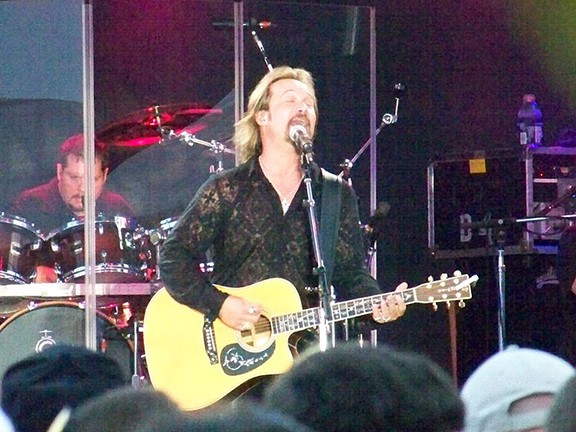 Who says one song can't make a career? The despair of obsessive love captured in "Wicked Game" (1989) triggered a domino effect: A supermodel-cast music video, a mercurial ride to No. 6 on Billboard's Hot 100, a spot in David Lynch's Wild at Heart and a balls-out cover by Finnish gothic metal band HIM. Feel the compulsion when Chris Isaak returns to The Fox Theater.

Hungover? Funk and eggs may be the remedy. Mik and The Funky Brunch serve it up at La Cocina.

Be tragic, or whatever else you may fancy. Tunes From The Crypt finds DJs Nullus and SET spinning goth and industrial from the '80s and '90s to darkwave and witch house from today. Darkness knows no bounds at the Surly Wench Pub.

As the low-watt drone of swamp coolers wears on, acclaimed Americana singer-songwriter/storyteller Kevin Pakulis and his Band offer relief at Borderlands Brewing Company.

The St. Andrew's Bach Society presents The Art of the Fugue with the acclaimed Amernet String Quartet at Grace St. Paul's Episcopal Church.