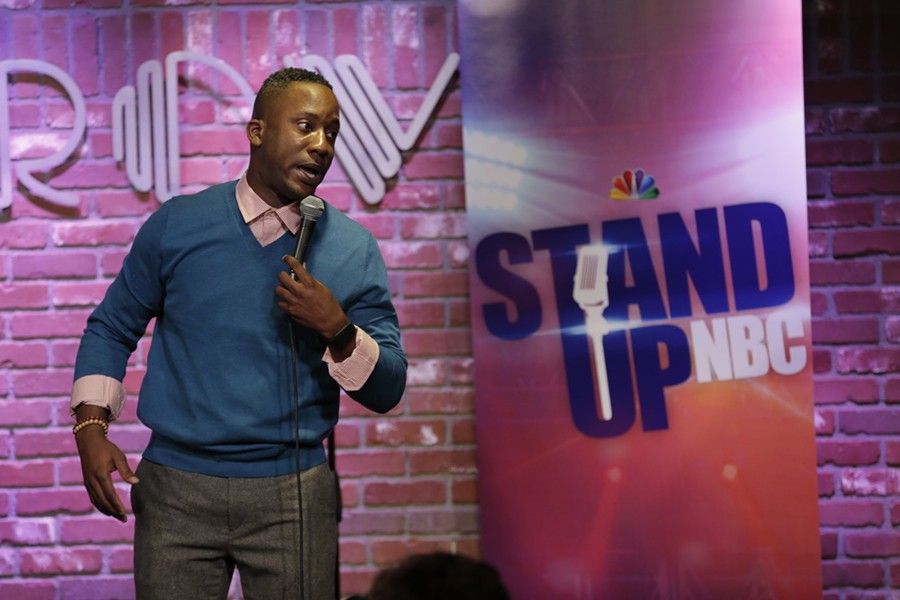 We wrote all about Trenton Davis when he came to town in March 2018 and still can't run out of superlatives. Jonathan Gregory opens, so you'll have a chance to preview his headlining appearance on Sept. 7 at The O. Showtimes at Laffs are 8 and 10:30 p.m., Friday and Saturday, August 16 and 17. Tickets are $12.50 and $17.50 via laffstucson.com. Laffs has a two-item minimum.

Planned Parenthood Advocates of Arizona benefits from the return of Autumn Horvat’s Comedians Who Aren’t Men. The show debuted in June to an overflow crowd at Hotel McCoy. It moves to The O at 7:30 p.m., Sunday, August 18. Tickets are $5 at the door.

Headlining is NYC comedian Sarah Kennedy. She’s written for Reductress, been featured on MTV and in several festivals, and was a finalist in NBC’s Standup for Diversity. Besides Horvat the lineup includes, Stephanie Lyonga, Cindell Hanson, and Phoenix-area comedians Carrie Carson, Celia Contreras and Dana Whissen.

Marana sprouted two new open mics and a promising showcase over the last few weeks. More on those as they progress, but meanwhile, Dave Margolis and Casa Marana Craft Beer & Wine already have staked an outpost there with Casa de Comedy. The free showcase is at 7 p.m. the second and fourth Thursday every month. The next show is Aug. 22.

The show has a regular following of about 30, but it’s worth the trip for Tucsonans looking for something different.

“Our audience is different than a downtown audience in that they're a bit older, suburban, they have kids," Margolis said.

Older kids are welcome, too.

Margolis first tried standup in the ‘80s but took it up in earnest in 2015 when he moved to Tucson. More than twice the age of most open-mic’ers here, he nevertheless logged several months co-hosting Mo Urban’s former open mic at Caffe Passé.

“I came to enjoy hosting,” he said, “particularly encouraging new or new-ish comics.”

When a friend introduced him to Casa Marana owner Kyle Schwab at a business mixer, the two quickly found common ground.

“(Kyle) is very creative in scheduling special events at the Casa—trivia nights, holiday-themed events, tastings, local musicians, etc," Margolis said. "I asked him if we could do comedy there, and he was all for it. I can’t imagine a more supportive venue.”