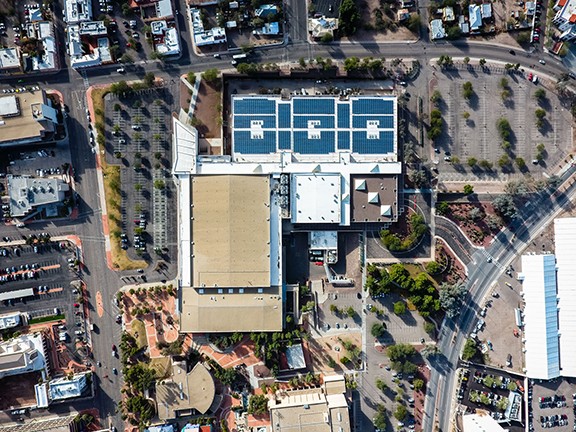 The Tucson Convention Center and surrounding campus including the Tucson Music Hall, Leo Rich Theater and the Eckbo Plaza and Fountain, will benefit from a $65 million improvement plan after unanimous approval of the project by the Rio Nuevo Board of Directors on Aug. 13. Rio Nuevo will now solicit bids for a contractor.

The board also voted to proceed with a $126 million financing plan that includes roughly $70 million for the renovation and any other contingency costs.

“This is a great day,” said board chair Fletcher McCusker in a release. “It’s been a long time coming.”

Current improvement commitments include a full replacement of the arena ice floor and ice plant ($3.2 million), a 300-space parking garage in parking lot A ($5.2 million) and an expansion for 45 additional parking spaces ($45,000).