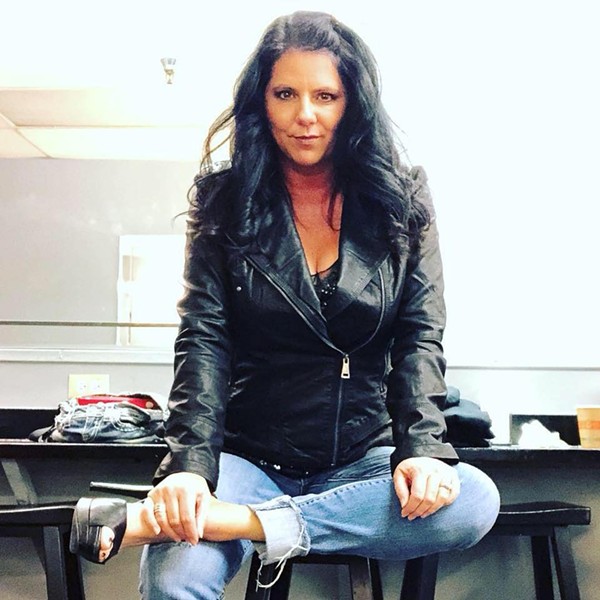 “Never the bridesmaid, always the bride.”

In comedy, White’s the mom everyone wishes they had and the date whose eyes the boys may never see. Her energy pops like a party girl’s, but her comedy shines on the sharp edges of all that sparkle.

White performs four shows at Laffs Comedy Caffe on Friday and Saturday, Aug. 2 and 3. Visit laffstucson.com for details and reservations. Tickets are $12.50 and $17.50 and there’s a two-item minimum.

Dr. Who and Monty Python are way too linear and subtle for our times. Everything is really that terrible.

The genius of the internet phenomenon Everything Is Terrible is that it captures the chaos and wraps it in comedy like bubble-gum, only it’s more like phosphorescent atomic goo in psychedelic colors with odd vignettes of, say, a creepy yoga farmer and a cat massage mixed in. But it’s people, see, with videos and something they describe as “unseen schlock.” Also, there are puppets and you’re to bring your "Jerry Maguire" VHS for sacrificing.

If it were more self-regarding or the tiniest bit pretentious someone would call the live version of EIT “performance art”. Instead, it’s plain preposterous fun, inspiring for its sheer inventiveness. Both CNN and the CBC dubbed Everything is Terrible ‘The Best Site.' The Chicago Reader and Film Threat called the collective’s 2018 movie, "The Great Satan," “a masterpiece.”

Known as El Caballero de la Comedia, Mike Salazar is one of the most popular comedians in Mexico. He makes a rare visit north of the border to perform at the Rialto Theatre on Friday, Aug. 2. The show starts at 9:30 p.m. Tickets are $22 to $92 on ticketfly.com. The show is entirely in Spanish, as are the Ticketfly details.

Salazar started in comedy at age 18 in Santiago, Nuevo León. In just a few years his comedy shows were among the biggest box-office draws in Mexico.

In 2009, he began performing regularly at El Unicornio in Monterrey, evolving quickly into one of that comedy club’s most popular comedians. Word of his talent and charisma quickly spread nationwide through social media. Last year the most widely watched program on Mexican television, Televisa Mexico’s "Sabadazo," invited him to host.

Jesus Sepulveda and Jerry Garcia at the O

Two bright comics out of L.A. light up The O’s new comedy program at 8 p.m., Saturday, Aug.3.
Jerry Garcia and Tucson’s own Jesus Sepulveda may be remembered best from their sets in the Netflix special "Chingo Bling: They Can’t Deport Us All." Sepulveda’s set reflected his life growing up in Southern California.

Garcia’s comedy, chatty and relatable, is cut from real life. It revolves around the complexity of his home life as the single father of three boys. Luckily, he can joke about it.

Last year, Garcia performed in the HBO comedy series, "Entre Nos." He will also be seen in an HBO comedy special, "It's Not My Weekend," set for release this summer.

Mario Aguilar at The Fox Theatre

Mexican YouTube celebrity Mario Aguilar brings his unmissable Celosa yo? Jamás!(Me, Jealous? Never!) tour to the Fox at 8 p.m., Saturday, Aug. 17. Tickets are $33 to $78 via foxtucsontheatre.ticketforce.com/ordertickets.

The show is presented entirely in Spanish. Details are available in Spanish at foxtucson.com/event/mario-aguilar/.

Aguilar has been creating content on Facebook since December 2014. Some of his most popular characters are in various states of drag. Today his Facebook page boasts more than ten million “likes”; his followers on YouTube number five million. For his social media work, Aguilar earned back-to-back nominations for Mexico’s coveted Eliot Awards in the comedy category. He has performed more than 300 dates throughout Mexico, the U.S., Guatemala, Argentina and other South American countries.

Aguilar continues to release videos every Monday on his YouTube channel, and he also makes frequent appearances on popular Mexican television shows.