'Maiden' Is a Voyage Worth Taking 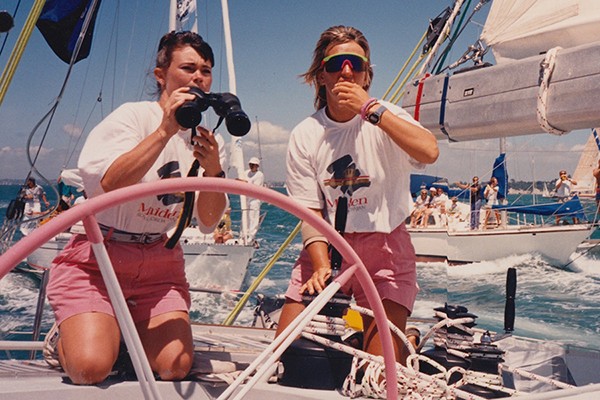 Alex Holmes delivers a solid documentary about Tracy Edwards, who started her sailing career as a cook and eventually found herself leading the first all-female crew to ever sail the Whitbread Round the World Race. Holmes uses archival footage, including some amazing sequences during the more perilous points of the journey, along with new interviews to tell the story. Simply put, Edwards is a charming and engaging storyteller whether it’s the new or old footage, and as the story unfolds, and the team’s accomplishments become more and more amazing, you find yourself rooting hard during an event that happened 30 years ago. Of course, the team took a lot of crap from their male counterparts, and the fact that they even competed is astonishing because most of the crew was fairly green. It’s a gripping underdog story that will surprise because you probably didn’t even know it ever happened.