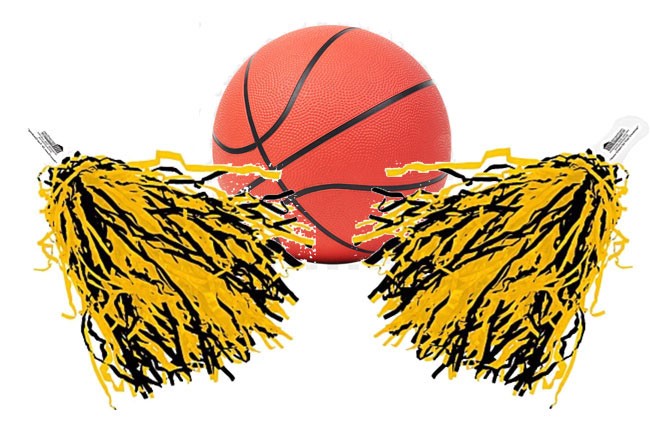 It was a typical Friday pep assembly sometime in the late 1970s, early 1980s at Clackamas High School outside of Portland, Oregon, where I taught English.

Students and staff filled the bleachers in the gym on either side of the basketball court. We knew pretty much what to expect. The pep band would play. Some students might perform a skit, present some awards or give us a little pep talk. The girl's drill team might dance. For certain, we'd hear a coach or two tell us about that night's boys basketball game.

What we didn't know until the coach walked out in the middle of the court and announced it was that we would be watching a 10 minute scrimmage by the girls basketball team.

I knew we had a girls basketball team. Title IX mandated it. But that was all I and most of the rest of the crowd in the bleachers knew. Few people other than family and friends had gone to any of their games. We had no idea what to expect.

As I waited for the team to come out onto the court, I turned my eyes toward the gym ceiling and said a silent teacher's prayer. "Please let the young women do a competent job out there on the court. Please don't let them make fools of themselves. And if they don't play well, please, students, please don't laugh and make things even worse."

The team, divided into two squads, ran onto the court and began their pregame warmups. They looked . . . not bad. It was a promising beginning.

A few moments later, out came a half dozen of the school's jockiest boy athletes decked out in full cheerleader regalia — short skirts, sweaters with padded bras underneath, pompoms. They skipped and whooped and waved their pompoms in the air, then assumed their cheerleading positions in front of the crowd. Because, the boys decided, if the girls were going to invade their turf on the court, the boys would take the cheerleaders' places on the sidelines. Fun!

I was still in full teacher prayer mode when the scrimmage began. A minute into the game, I realized the girls didn't need any divine, or teacherly, intervention. They were moving the ball up and down the court, dribbling and passing effectively. They knew how to shoot.

The crowd was with them all the way, watching attentively, cheering them on. Not because the students were being polite. Because there was a good game of basketball being played out there on the court. We were all enjoying the action.

I think most of the crowd was as surprised as I was to see how good the players were individually and as a team, which made it all that much more enjoyable.

The only people in the gym not paying attention to the game were the half dozen boy athletes jumping and twirling and swinging their pompoms in the air. They weren't good, and they weren't funny. The best word to describe them is ridiculous.

Every so often they stopped their antics to watch the game. They looked uncomfortable. They didn't like what they were seeing. So they redoubled their efforts to draw the attention of the crowd. But really, they were just in the way. The crowd looked past the them and kept their eyes on the game.

At the end of the pep assembly that Friday, Clackamas High was a little better place than it had been an hour before.