Stranger Things 3 and Spider-Man both deliver

The third season is the best yet for the Duffer Brothers eighties throwback series. Much of the action, including a final showdown with the Mind Flayer monster from the Upside Down, takes place in the Starcourt Mall, a mighty authentic wonder of art direction (Sam Goody and The Ground Round make notable appearances). Of course, the Russians now play a prominent part as Hopper (David Harbour) tries to protect his adopted daughter Eleven (Millie Bobby Brown) from the Reds, demons, and, most notoriously, her new boyfriend Mike (Finn Wolfhard) who likes to kiss way too much. Steve (Joe Harrington) has his best season yet, working in an ice cream store with new cast member and major standout Maya Hawk (daughter of Ethan Hawke and Uma Thurman) as his co-scooper. The special effects this time around are top notch, with nice nods to, once again, John Carpenter, Stephen King and The Blob. Harbour gets a little goofier in this round, and it’s a lot of fun watching his Hopper trying to date Joyce (Winona Ryder). The finale provides some major cliffhangers for the inevitable season four, which could actually wind up in a completely different series. It’s good to see the show make a comeback after a middling season 2; it’s a total blast, and it features a nice ode to The Neverending Story. 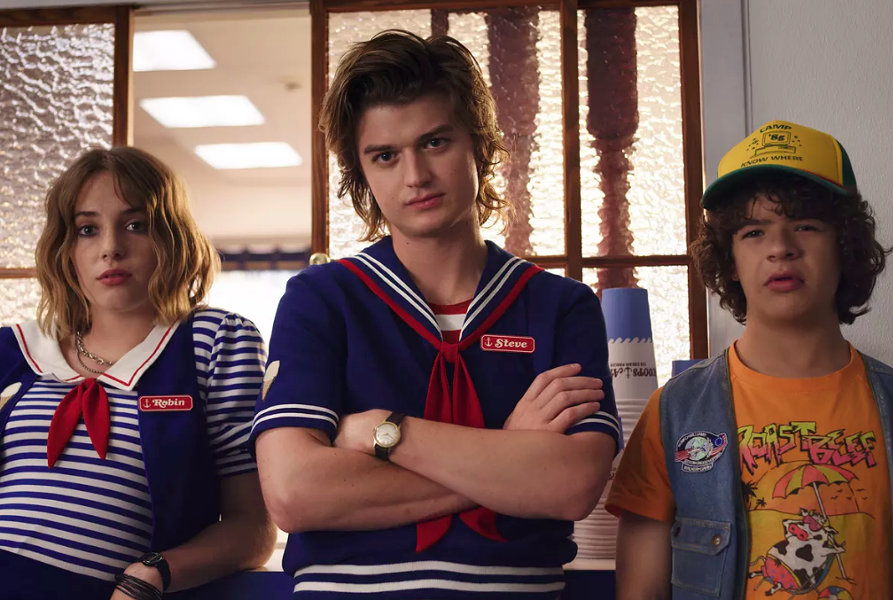 Tom Holland cements his status as best-ever Spider-Man with what amounts to the goofiest, but still major fun, Spider-Man movie yet. Jon Watts once again directs as Peter Parker looks to vacation with his friends after the events of Endgame, traveling to Europe and leaving his superhero responsibilities behind. When a strange breed of elemental monsters start striking the planet, Nick Fury (Samuel L. Jackson) interrupts Peter’s sojourn and gets him back into the swing of things. Jake Gyllenhaal gets into the shenanigans as Mysterio, a crime fighter from another dimension that slides right into the Tony Stark mentor role. Holland is good fun as Spidey, giving him a nice, youthful effervescence to go with his comic timing. Zendaya rules as MJ, Jon Favreau gets a lot more screen time (It’s a good thing!) as Happy, and the film doesn’t have nearly enough Marisa Tomei. It’s a bit lightheaded at times, but it’s the sort of breezy affair that the Marvel universe needed to get things revved up again. Hopefully, this is just the beginning for Holland and he has a bunch of these in his future, because he’s perfect for the role.
Prev
Next