Details Emerge in North Side Shooting 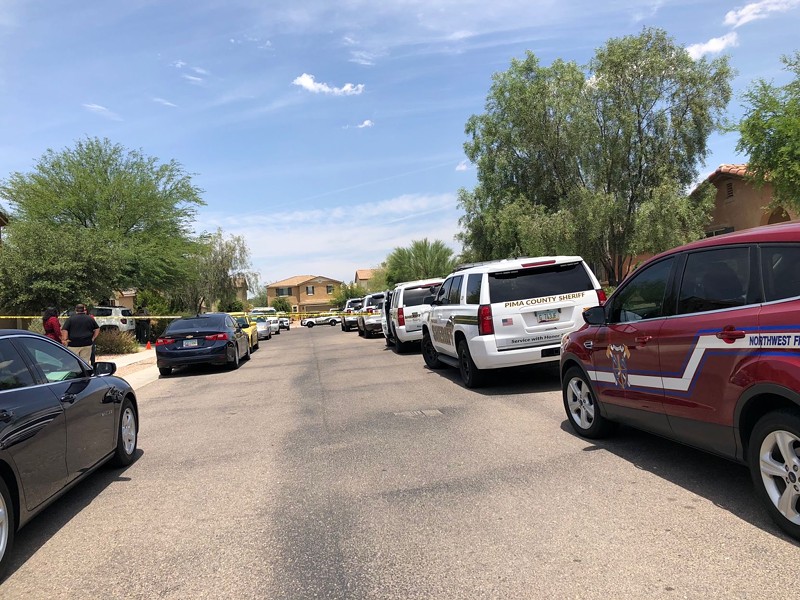 A Pima County Sheriff’s Department search warrant shows that a 19-year-old man who accidentally shot his 17-year-old nephew earlier this month thought his gun was empty when he pulled the trigger.

On June 7, deputies were dispatched to an unknown problem call at 8961 N. Country Home Lane, near Mountain View High School. They were informed that the 17-year-old male, identified as Luis Lopez, was accidentally shot in the head with an AK-47 rifle by his 19-year-old uncle, identified as Raymundo Lopez Casillas, and became unresponsive.

When they arrived at the residence, deputies went upstairs to the den area and reported seeing Luis lying on a couch, partially covered by a blanket. A green towel was soaking up blood behind his head.

Deputies did not feel his pulse when they made contact. Northwest Fire Department officials treated Luis at the scene, but he was pronounced dead soon after. Deputies found that his injury was consistent with a gunshot wound, which they believe entered from the back of his head and exited through his throat.

There was a hole from a projectile in the adjacent bedroom wall, which they say was consistent with the manner in which Luis was shot. In the bedroom, which belonged to Raymundo, deputies found an AK-47 rifle, an AR-15 rifle, multiple handguns and ammunition.

Raymundo told deputies he was in his bedroom and took the magazine out of the AK-47 rifle. He then thought the rifle was empty and pulled the trigger. The rifle fired a shot that went through his bedroom wall and struck Luis, who was standing in the den area.

Raymundo said he dropped the rifle and went out of his bedroom to check where the bullet had landed. When he realized it struck Lopez in the back of the head, he grabbed a towel to cover the wound.

He then texted his girlfriend and told her that he accidentally shot Luis with the AK-47.

According to the search warrant, deputies have seized SD cards from surveillance cameras that were set up in the room where Luis was shot. They hope it will have captured the entire incident on tape.

They recovered a safe that they claim only Raymundo had access to. In the safe, they found a rocket prepared grenade launcher and four PVC pipe bombs. Deputies also found at least eight guns throughout the home, including shotguns, pistols, semi-automatic rifles, a Thompson submachine gun and related ammunition.

The incident is also currently under investigation by the federal Bureau of Alcohol, Tobacco, Firearms and Explosives. No further details are available at this time.
Prev
Next