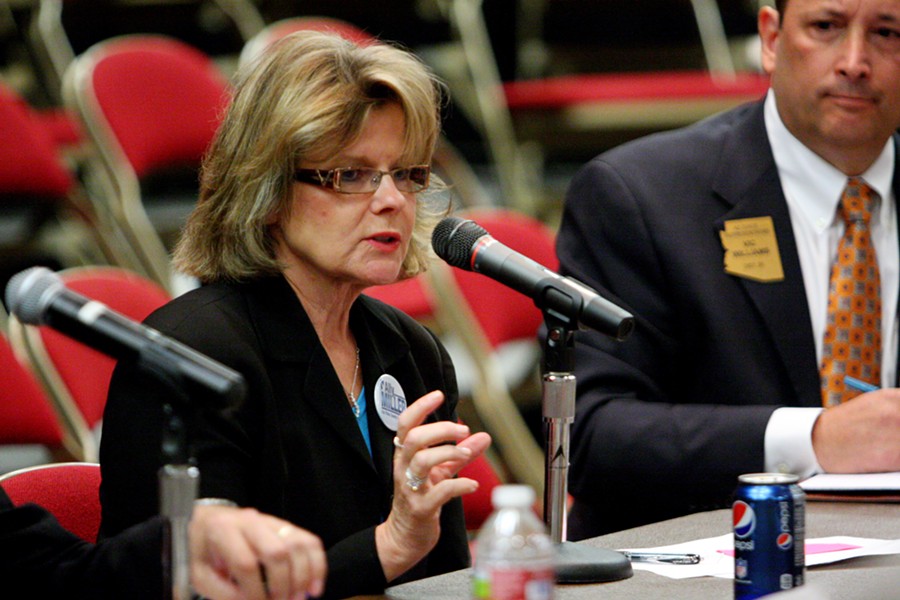 In hopes of passing a "tax neutral" budget, the Board of Supervisors voted 4-1 this morning to continue their budget and Truth in Taxation hearings to Tuesday, July 2.

Supervisor Ally Miller successfully convinced a majority of her colleagues to "sharpen their pencils" and come back with a budget that doesn't include increases in the primary and secondary tax rates, specifically for the library and flood districts. The county has a $1.3 billion spending cap.

"If one of them goes up that's okay, but we have to find money somewhere else," Miller said at the meeting. "That's what my tax-neutral budget is all about."

With new libraries expected to open in the future, it is likely that the library district tax will have to increase. Miller wants to scale back funds in other areas of the budget to make up for the difference.

In order for taxpayers to see zero change in their bottom line, the county needs to find about $10 million from somewhere within current revenues.

Miller suggested putting a freeze on hiring within the county, since there are already many vacancies that are having difficulty being filled. The budget already includes a two percent salary adjustment for existing employees as well as an increase in the hourly pay range for sheriff's deputies from the previous $23.50-$29.84 to $25.50-$32.94.

She estimates that move could generate $8 million in two months.

Supervisor Ramón Valadez said that some of the $10 million the county is now trying to come up with can be attributed to decisions made at the state level, such as an increase in costs for the  Public Safety Personnel Retirement System.

"The reason this is not property tax-neutral is because the state's costs transfer," he said.

Supervisor Richard Elías provided the sole "no" vote to continue the hearings, since he rejected the proposals Miller brought forth.

"We've been unfair to our employees for over 10 years, our staff works to terrible ends trying to get that done," he said. "Many left the county because they could see no improvement coming from us."

Elías also wanted to see money included in the budget to fund high quality child care for low-income families in Pima County, but the other supervisors were not as welcoming to the idea.

According to Arizona statute, the board has until Monday, Aug. 5 to adopt a final budget. If they can't come to an agreement by then, last year's tax rates will be applied to next year, which show a $17.7 million reduction in what was proposed for this year.