Sunrise Forge Creates Heritage Tools to Use and Use Well 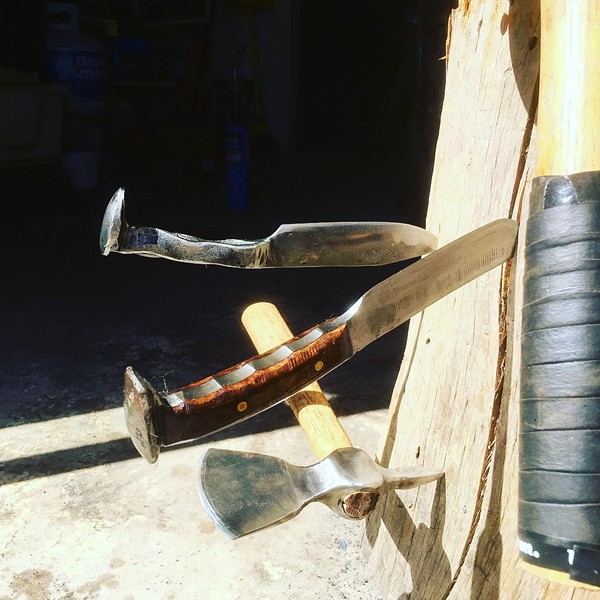 Ian Morgan of Sunrise Forge is a blacksmith based in Tucson who crafts tools to last for centuries. From shears and garden knives to hunting and chefs knives, Morgan supplies long-lasting, well made tools for hunting, camping, kitchen use and general abuse. Morgan became interested in metalwork and fabrication when he was a kid.

"I took one of my dads wrenches from his toolbox, heated it with a blowtorch and smashed it flat with a claw hammer on the sidewalk. I had vague intentions of making it into a knife," Morgan said.

Years later, he fashioned his own coal forge in true pursuit of that interest. Now, he has two forges he built himself-one for coal, one for propane.

"Hand forged tools have the benefit of being custom made for exactly your hand shape and size, exactly your application and will likely outlive the owner," Morgan said.

The handles of the tools can be made with any kind of wood. He has used white oak from a bourbon barrel, mesquite, antler and cherry wood.

It takes Morgan about two weeks to complete one tool, but it can take more or less time depending on the complexity of his project.

"I think that old world crafts are getting rarer and rarer," said Morgan. "They carry knowledge of generations past that disappear if we let them. There will always be a demand for unique, well made steel tools...that never become obsolete. Blacksmiths, among others, make those things."