XOXO: Where to Rock This Weekend, June 7 to 9 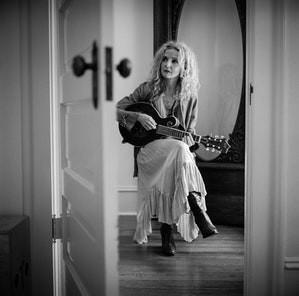 
Gingerly alluding to trying circumstances—battling breast cancer and reflecting upon the degradation of political and social affairs—this acclaimed singer-songwriter’s latest self-titled release, her 10th studio album, is filled with an earthy open-heartedness and dreamy poetic imagery. Patty Griffin explores universal themes that bind us inextricably together. At the Rialto Theatre. With English folk singer/guitarist John Smith.

A testament to the darkly weird, Goth/country punks Slim Cessna’s Auto Club along with Kid Congo & The Pink Monkey Birds summon the Mexican muse of The Great Goddess of Teotihuacan, who cultural lore holds benevolently sprouts hallucinogenic morning glories and protects the underworld. The Mission Creeps lead the siege. At 191 Toole.

Hosted by Stephka Von Snatch, Burlesque in Wonderland will lure you down through a rabbit hole into a fantasy world. At the Surly Wench Pub.

Psychedelic funk/jam band The Bennu shoot through the night at Sky Bar.

Natty & The Sunset serenade with original dreamy folk compositions (and a few covers) at Westbound.

Hailing from the heart of Creole country in Louisiana, this singer/accordionist/drummer is the son of a zydeco legend. Curley Taylor & Zydeco Trouble flirt with temptation at Monterey Court.

And, in the twilight, as part of the Friday Night Live Free Concert Series, Haboob perform original compositions that elicit feelings of “ennui and hubris” while enveloped in a thick cloud of dust. At Main Gate Square.

From how upbeat Adam Townsend’s music initially sounds, you might underestimate the emotional depths it can reach. On his debut album, All My Fires, releasing June 7, this local songwriter examines his loves and dreams without sounding cloying. Alongside rustic strings, soulful vocal ensembles and mournful horns, Townsend combines the passionate with the poetic. This new album, described as “the culmination of 10 years of writing and never letting go of a dream to pursue a music career” certainly contains a decade’s worth of observations, cravings and inertia. Even the album’s title seems to hint at a list of burning desires waiting to be extolled. For Townsend, this pleasant storybook is a long time coming. Catch Adam Townsend’s album release show at Club Congress. 7:30 p.m. Friday, June 7. 311 East Congress Street. $5. 21+ 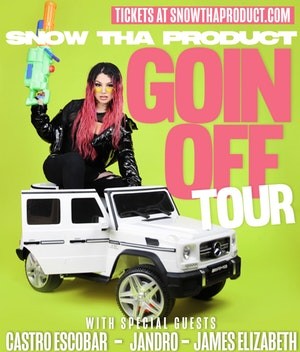 Brash young turks Rough Draft are taking their brand of indie/emo/punk/”whatever” on tour. They are kicking things off with a shindig at Club Congress. The Exbats, Pelt and Carnaval add to the rabble rousing.

Ouros and Hussie behave like tarts at Irene’s Holy Donuts.

Featuring violin, acoustic guitar and cello this instrumental trio—while backpacking through many regions like musical genres—are on their way to becoming something else. The Missing Parts search for their phantom limbs at Solar Culture.

And, The Jack, Armed At Night, Chance Romance and Live & Let Die (a tribute to Paul McCartney) gather to Rock For Paws: A Benefit for Hard Luck HoundsAZ. At House of Bards…

After bidding “Farewell to the Good Times,” on Burn Something Beautiful (Concord, 2016)—a rumination on mortality, the healing power of love and a paean to the rock ’n’ roll life, renowned singer-songwriter, true believer Alejandro Escovedo chronicles the immigrant experience on his latest: The Crossing. At 191 Toole.

The sound of these kids from Rockford, Illinois, marries western-influenced rock ’n’ roll and classic ’60s soul. Frontman Miles Nielsen also proclaims a love for Cheap Trick. He may be biased, though; He is, after all, Rick Nielsen’s progeny. Miles Nielsen & the Rusted Hearts. At Club Congress. Bluesy indie rocker Lydian Osman shares “Slow Sighs”.

Hungry? Like a side of funk with your scrambled eggs? Mik & The Funky Brunch are at La Cocina.

Stewart Copeland, of The Police, first filmed these siblings performing on the Santa Monica Pier; Since then, they have gone viral on YouTube with more than 8 million views. Their name means “vampire bat” in Romanian to honor their parents’ Transylvania heritage. “The First Family of Rock,” Liliac perform at House of Bards.