Reward Offered for Information in Killing of Great Horned Owls 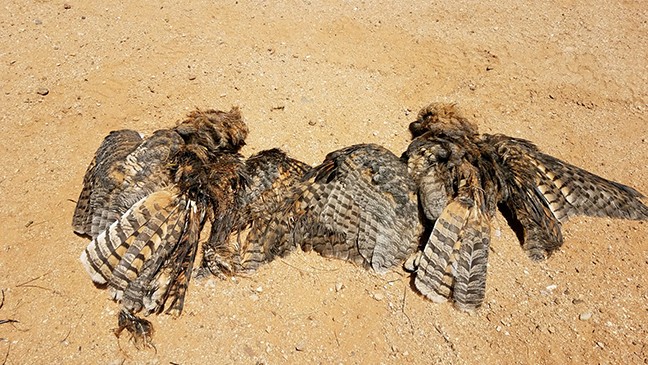 A reward of up to $1,500 is being offered for any information leading to an arrest after two great horned owls were found dead on Tucson’s north side.

Investigators are attempting to determine what caused the death of the young owls, which appear to have died at the same time. The animals were found Tuesday, May 28 in the 1500 block of East Prospect Lane, near North Campbell Avenue and West River Road.

Those with information about the case are asked to contact the Arizona Game and Fish Department’s Operation Game Thief Hotline at 800-352-0700. Callers may report anonymously if need be, and should reference OGT #19-001424 when calling. Area homeowners have pledged an additional $500 reward for information leading to an arrest.