Three Great Things to Do in Tucson Today: Tuesday, May 21 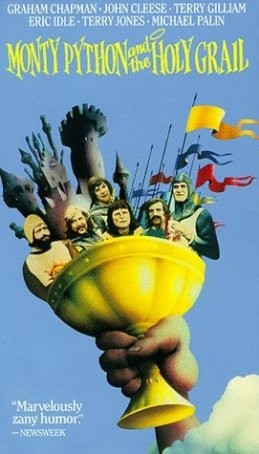 Monty Python and the Holy Grail. Responsible for more one-liners, puns and visual gags than possibly any other film in history, this can simply be described as absurd in every sense. For their Tuesday Night Classics series, Harkins Theaters is screening the craziest telling of King Arthur and his knights’ quest for the Holy Grail ever told. 7 p.m. Tuesday, May 21. 5755 W. Arizona Pavilions Drive & 5455 S. Calle Santa Cruz. Details here.

Taco Tuesday at 1912 Brewing. Yeah, they say Tucson has the best 23 miles of Mexican food in the country. But did you know on Tuesdays that length grows to include the entire city? 1912 Brewing Co. is celebrating this weekly holiday by teaming up with Daniela’s Cooking for a make-your-own meal extravaganza of locally made tacos and craft beer. Every week the beer and taco pairings are different, so you never know what kind of tasting combo you’ll get. 4:30 to 8 p.m. Tuesday, May 21. 2045 N. Forbes Blvd. Details here.

Do This! Fun in General things to do fun in general happenings Tucson local Tuesday May 21 events
Prev
Next