[Update]: Decision on The Bike Ranch May Be Tabled to Tuesday, July 2 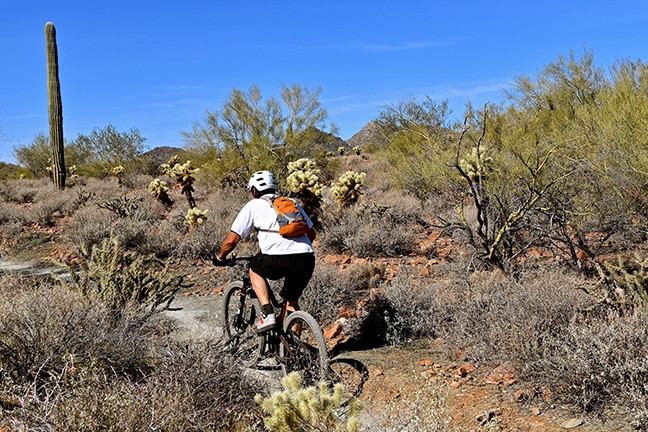 A decision by the Pima County Board of Supervisors on whether to move forward with a Mixed-Used Permit for The Bike Ranch may be continued until early July.

Kelley Matthews, who designed the bike-centered property with her husband, Peter Lasher, said on Friday that the Board will convene on the permit on Tuesday, July 2.

Mark Evans, who is the Board's communications director, said Matthews' assessment is not entirely true, as their motion will have to be voted on at the next BOS meeting, scheduled for Tuesday, May 21.

Evans in a text message said the Board may very well table the measure, but that such an action will depend upon the length of the public hearing on May 21.

"We're expecting a lot of interest in this agenda item and if a lot of people come to the meeting, the Board may hear the item in order to allow the people to address the Board if they wish," Evans said in a text message to The Weekly. "Whether the Board will take action or grant the continuance after the public hearing is at the discretion of the Board. Usually, the Board grants the continuance."

The Weekly discussed the resort development, which is slated to be built across from the main entrance to Saguaro National Park-East, earlier this week.

Update: The original post stated that Matthew's motion had officially been tabled to Tuesday, July 2. The post has since been edited to clarify that the motion will be up for a vote on May 21, with a decision to table the measure coming from the Board's vote.

News The Bike Ranch Pima County Board of Supervisors
Prev
Next