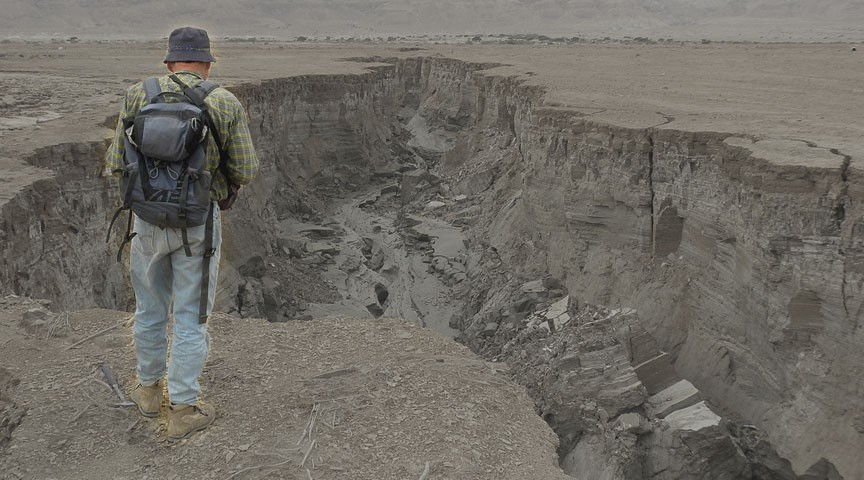 Is Trump our Racist/Antisemite-in-chief, or does he just play at it on TV and Twitter?

The nicest thing you can say about Trump's racist and antisemitic comments and tweets is what Andrew Gillum said about Ron DeSantis when the two of them were running for Florida governor: "I’m not calling Mr. Desantis a racist," Gillum said. "I’m simply saying the racists believe he’s a racist."

I'm not running for office so I don't have to be as careful as Gillum. I'll say it without equivocation: Trump is an antisemite. Trump is a racist. Full stop.

Except that, some will counter, we know Trump will say or do anything to win the news cycle, pander to his base and vilify his enemies. Can we separate the actual prejudices festering inside his fevered brain from his slash-and-burn political tactics?

After the 2018 clashes between participants in the neo-Nazi rally in Charlottesville, Virginia, and protestors, Trump said there were "fine people on both sides." Was that Trump's honest opinion or a way to assure the continued allegiance of people like neo-Nazi leader Richard B. Spencer whose post-election speech praising Trump's victory included Nazi salutes and the triumphant call, “Hail Trump. Hail our people. Hail victory!”

Me, I'd say anyone who can find a way to defend people chanting "Jews will not replace us" is an antisemite. But we're talking about Trump who lies whenever it suits his needs, so the point is open to debate.

Trump has joined other Republicans in turning Rep. Ilhan Omar, who is black, Muslim and has a foreign accent (she was born in Somalia) — she's a bigot's trifecta — into the Democratic villain du jour. Is he just looking toward 2020, or does he despise Omar as much as he says?

It's hard to tell the difference in Trump's most public statements, but we can get at the genuine bigotry inside that twisted head of his by looking at less publicized moments.

Let's start with his antisemitism. Yes, I know Jared, Trump's son-in-law, is Jewish and Ivanka converted, making her children, his grandchildren, Jewish. He dotes on his daughter and, to the extent he's capable of affection, it's possible he may actually love his grandchildren, but as anyone who has taken a close look at bigotry knows, that doesn't stop him from accepting stereotypes and harboring ill feelings toward Jews.

Here's a moment from Trump's pre-political days where he revealed his inner anti-semite while doling out a heaping helping of racism at the same time. It's captured in a 1991 book, Trumped. The author, who knew Trump through his position as Trump Plaza Hotel and Casino president, recalled an offhand remark Trump made while talking about black accountants who worked for him. According to the book, Trump said,

Trump's anti-black bias here is blatant. In Trump's world, black people are uniformly untrustworthy when it comes to handling money. He doesn't bother with the standard bigot's qualification that there are good and bad black people. They're all the same.

Trump's antisemitic comment is more subtle, but only a bit. He's saying he trusts Jews around his money, which might sound like a compliment, but what he's doing is referencing the centuries-old antisemitic portrayal of Jews as tight-fisted money lenders and bankers. "Those Jews, they know their way around money." And he digs even deeper into antisemitic stereotypes. Instead of simply saying he wants Jews counting his money, he refers to them as "short guys that wear yarmulkes every day." When Trump thinks "Jew," he thinks in visual stereotypes. All he left out is the long beard and hooked nose to complete the caricature.

This isn't an isolated moment. Trump made the same Jews/money connection early in his campaign, during a 2015 campaign stop at a Republican Jewish Coalition forum. The audience wasn't very friendly to his candidacy, which triggered his typical "You hit me and I'll hit back harder" reaction.

Here's how Trump explained to his Jewish audience why Republican Jews weren't supporting him.


"Stupidly, you want to give money... But you're not going to support me because I don't want your money."

These days, the Republican Jewish Coalition is on his side, but even now, speaking to the group recently in Las Vegas, Trump couldn't rise above the stereotypical notion that Jews are a monolith. He asked the audience,

For icing on his "You Jews are all alike" cake, Trump added in the "You Jews stick together" stereotype when he called Benjamin Netanyahu "your Prime Minister" during the same event.

Unlike Trump's antisemitism, his racism is so blatant, it hardly needs to be pointed out. Whether it's Muslims, African Americans or anyone with origins south of the U.S. border, Trump has said too many horrible things about them to keep count.

But Trump reveals his inability to separate individual African Americans from his stereotypical view of the group when he tries to put labels on them. Hanging labels on his enemies is one of Trump's gifts, but he loses his razor-sharp precision when it comes to African Americans. Most often, the best he can do is fall back on the old stereotype that they're stupid.

Trump gave us "Low energy Jeb," "Lyin' Ted" and "Crooked Hillary," using a simple description to cast his opponents in the worst possible light. He was able to look at them as individuals and find that sweet spot, the label that would be the most damaging.

Apparently he can't do that with African Americans. According to Trump, Rep. Maxine Waters is "low I.Q." Former White House aide Omarosa Manigault Newman is "not smart." CNN's Don Lemon is "the dumbest man on television." How dumb is Lemon? According to a Trump tweet, Lemon "made LeBron look smart, which isn't easy to do."

Is that the best he can come up with? Apparently so. Even though these four people are well known and have distinct personality traits Trump should be able use his magic to turn against them, their skin color blinds him. He can't look beyond it and see the individual.

This holds in his private moments as well. According to Michael Cohen, Trump said blacks won't vote for him because they're too stupid. If he has made the same comment about any other racial, ethnic or religious group, I don't remember hearing it.

When you can't go beyond a group's color, religion or ethnicity and see the individual people who make up that group, that's pretty much the definition of prejudice, bigotry, bias, racism. If the jury was ever out on Trump's antisemitism and racism, it's returned to the courtroom and registered its verdict. Guilty as charged.