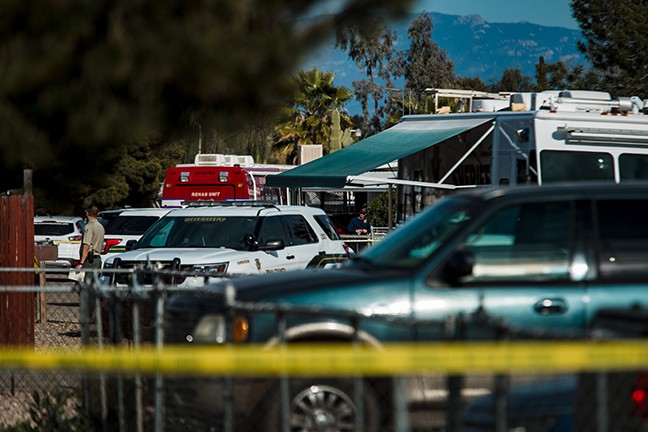 On Friday, April 5, police arrested Dorothy Flood, 55, on two counts of first degree murder after two boys were found dead in a home on the 2400 block of West Kessler Place in Flowing Wells.

According to court documents recently obtained by Tucson Local Media, Flood admitted to shooting both of her grandchildren twice each, in their heads and torsos, and then attempted to kill herself by taking an unknown quantity of prescription medication. Flood told the police, "she alone was responsible for her grandchildren's deaths."

According to the Pima County Sheriff, Northwest Fire District personnel responded to a medical call near North La Cholla Boulevard and Ruthrauff Road at 2:30 p.m. on Thursday, April 4. Upon arrival, "they discovered an unresponsive adult female inside the residence. While providing medical care, they also discovered two children with obvious signs of trauma and determined they were dead. The female had symptoms of an apparent overdose and was transported to a local hospital."

The victims were identified as 8-year-old twins, Jaden and Jorden Webb. Flood was the grandmother and guardian of the boys, as their mother is deceased. Both boys were autistic.

Flood is currently being held in the Pima County Adult Detention Center on a $250,000 cash only bond. According to court documents, it’s believed that if released, Flood could make another attempt on her life.