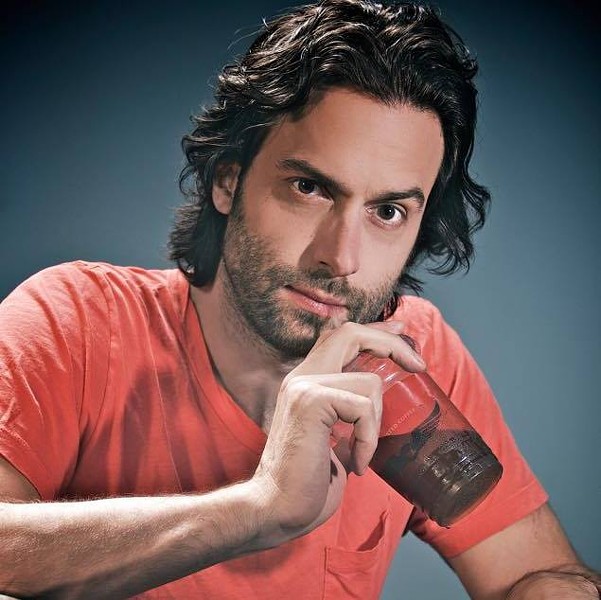 Ron “Tater Salad” White was a crowd favorite in the original Blue-Collar Comedy Tour. He earned a national following as a cigar-smoking, scotch-swilling storyteller of everyday life. But he was always of different stuff than his redneck-culture colleagues. He was tater salad to their grits and scotch to their beer-and-a-shot.

These days, though, White’s drink is tequila, specifically Number Juan Tequila, his own commercial brand.

White started performing standup in 1986 and soon (in standup years) was opening for comedy giants like Sam Kinison and Jeff Foxworthy. With Foxworthy, Bill Engvall and Larry the Cable Guy, he launched the first Blue Collar tour in 2000.

Per his bio, White has been, for more than a decade, one of the top grossing standup comedians in America. All four of his comedy albums have risen to number one on Billboard’s comedy chart.
White performs at 7 p.m., Friday, April 5, at The Desert Diamond Casino. Tickets are $49.50 to $69.50 with VIP options in the three figures. Reservations are via startickets.com.

On using too many napkins

In September Chris D’Elia dropped an Instagram video of himself mimicking Eminem’s style. His rap dared to rhyme mannequins with too many napkins, among lots of other nonsense, and the clip got more than a million hits. D’Elia thoughtfully posted his “lyrics” to genius.com.

Last month, he reprised the trick in a YouTube video. Rap news outlet XXL reports that Eminem responded in a tweet, “This is INCREDIBLE!!! 4 a second I actually thought it WAS me!!”

It’s a fun story that’s merely a recent fraction of D’Elia’s career. He’s been performing standup since 2006 and hosts his own popular podcast, Congratulations with Chris D’Elia. He’s best known for co-starring in the NBC Comedy series Whitney, but also has been featured on Comedy Central’s Live at Gotham and Comedy Central Presents as well as dozens of movies and television series.

On April 7, D’Elia performs at the Fox Tucson Theatre at 7 p.m. Tickets are $43 to $79 via foxtucsontheatre.ticketforce.com.

It’s getting sketchy up in here

Petey’s Big Sketch Show debuts at 9 pm. Friday, April 5, in the Cabaret Theatre of the Temple of Music and Art. The show, comprising sketches written by the cast, repeats at 2 p.m. and 9 p.m. Saturday, April 6. Admission is $10 at the door or in advance via Venmo @peteysbigsketchshow.

PBSS is the third sketch team in town, behind the Tucson Improv Movement’s Baby Fish Mouth, now in its second year, and Let’s Keep Tucson Sketchy, which debuted in February.