April 04, 2019
comment
Usually when a collective gasp takes over the crowd at the Tucson Arena, a hockey stick is smashing into the glass or a player is sent to the penalty box. Last night the oohs and aahs came instead because of high-flying acrobats, agile jugglers and magic floating bicycles. Cirque du Soleil's Corteo is in town for the weekend. 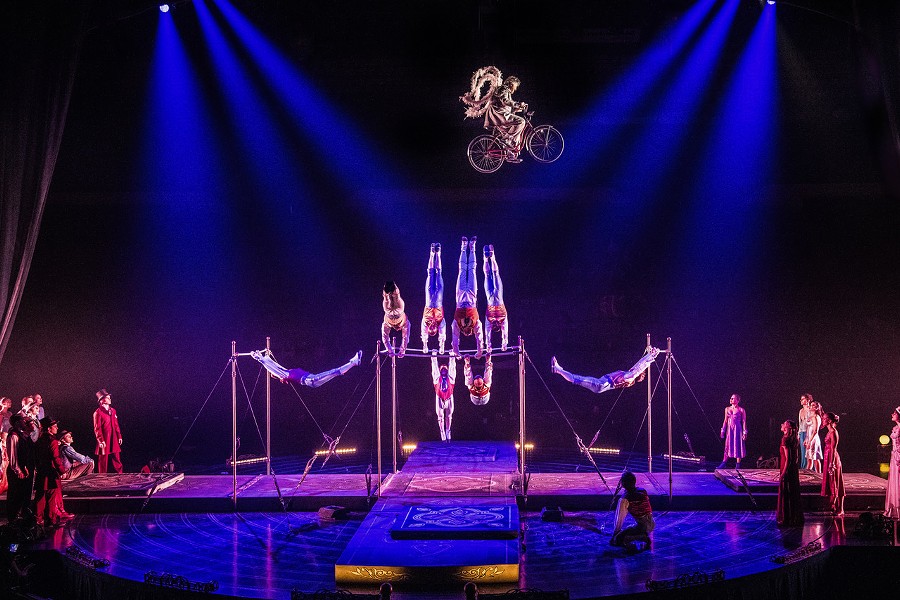 Written and directed by Daniele Finzi Pasca, both the storyline and the acrobatics captured the audience seated on either side of the see-through stage.

A hula-hooping gypsy performer dazzled the audience by spinning more hoops that seemingly possible on her neck, waist, arms and ankles all while dancing and contorting herself into shapes that just look like they have got to hurt.

Next, a tiny "clowness" floated onto the stage held up only by a bouquet of giant helium balloons. She then garnered huge applause by floating out into the audience and walking across viewers' outstretched hands. 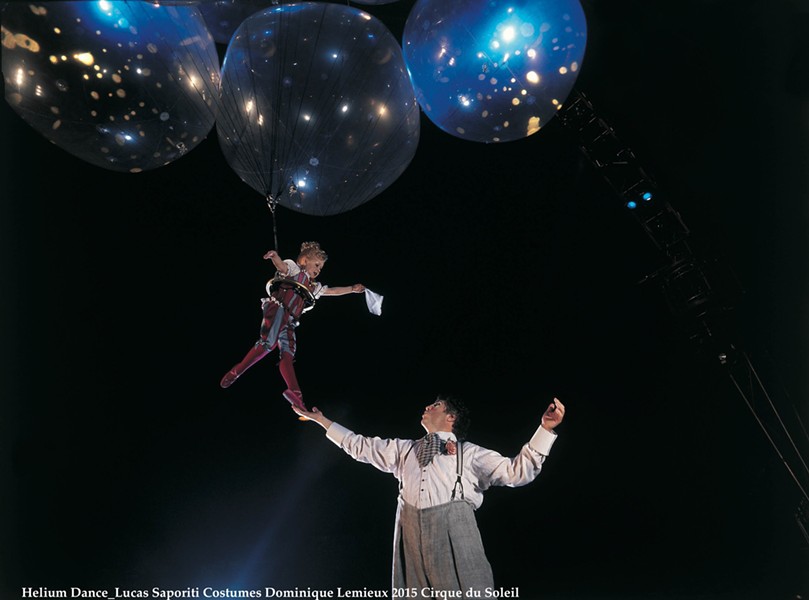 The show was never short on audience participation with Mauro the Dreamer Clown bantering with the crowd throughout each act.

Sixteen acts total, each of which told their own small story, worked together not only to entertain but to capture the audience's imaginations. Two hour-long sets were split with a 20 minute intermission to refill on popcorn for the jaw-dropping show.

Corteo got its start in 2005 in Montreal as a Big Top show. In 2016 it transformed into an arena show and has visited more than 60 cities in 19 different countries.The cast is as diverse as the places the show has traveled to, with performers representing 18 nationalities. 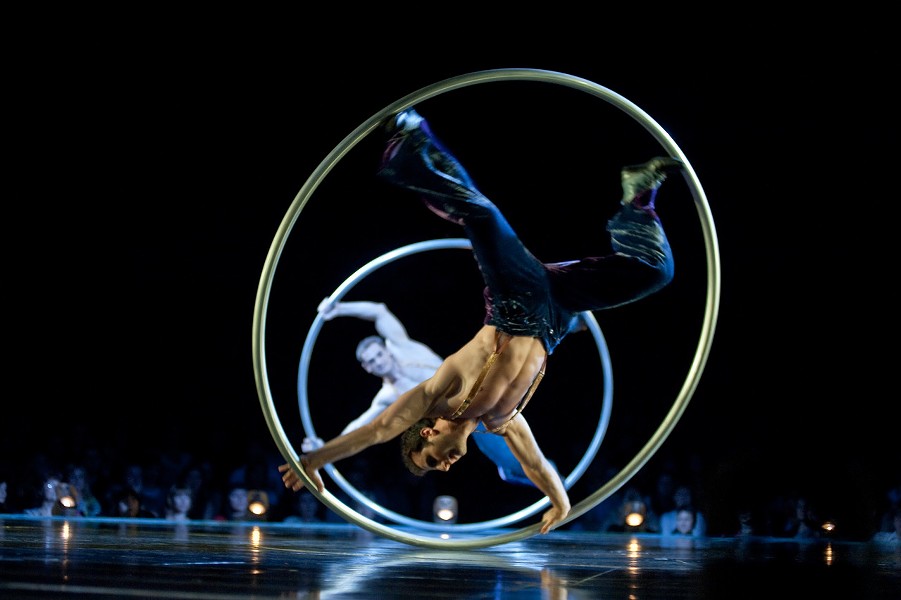 For an entertaining evening that leaves you asking, "How do they do that?!" over and over again, check out Corteo before it packs up and moves to the next arena.

The show is in Tucson for one weekend only, and has show times through Sunday, April 7. Find more information about Cirque du Soleil's Corteo here.