by NICOLE LUDDEN and Cronkite News 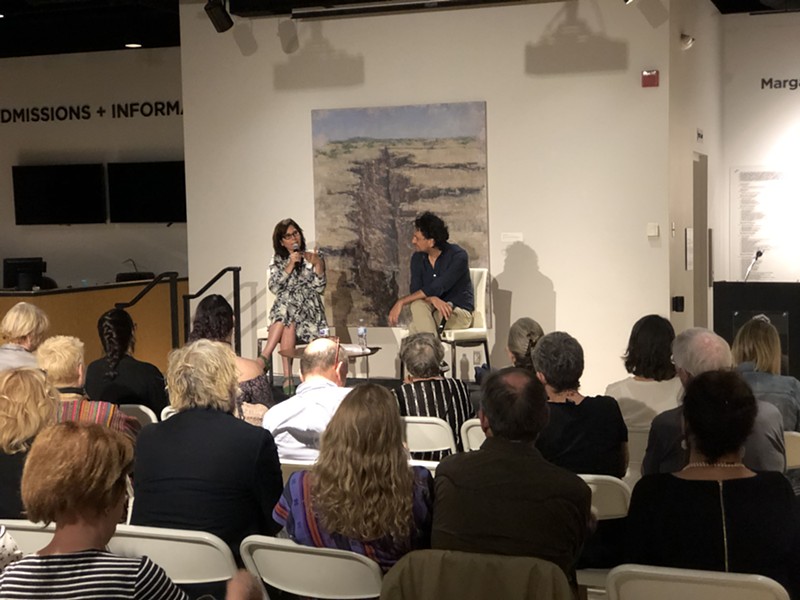 Since she was a child, Martha Sosa has learned life lessons from the films that demonstrated them to her.

“I’ve always been a very keen cinephile, thanks to my dad, whose way of talking to us was through films,” Sosa said. “I got a very deep relationship with the cinema experience through watching films in a very loving way.”

Now, Sosa uses the lessons she has learned through films to create award-winning films of her own.

Sosa, the producer of such popular Mexican films as “Amores Perros” and “Plaza de la Soledad,” is a special guest filmmaker at this year’s Tucson Cine Mexico festival.

The film festival, a partnership between the University of Arizona Hanson FilmTV Institute and the New York-based Cinema Tropical, has become an immense platform for Mexican cinema in the United States, attracting more than 20,000 attendees since its premiere in 2004.

The 16th annual festival, which began Wednesday night and runs through Sunday, is free and open to the public.

On opening night, Sosa participated in a panel about the current boom in cinematic production throughout Mexico.

“Now we have a healthier industry. I cannot say it’s the best it can be; of course it can get better,” she said. “But by now we’re making many films and a few of them are really an international level of quality and with a very original narrative.”

This original narrative exists in “Plaza de la Soledad,” the award-winning documentary Sosa produced in 2016 that will make its Arizona debut at the Center for Creative Photography during the festival on Thursday night.

The film follows the lives of four women in Mexico City caught in the often relentless cycle of prostitution.

“Whenever you listen to that word, prostitute, it’s like you have a relationship with that word,” Sosa said. “You have heard it as an insult, you have an image in your head. When you listen to these women and you get to know them in this very intimate way, all of your prejudice, it gets in front of you.”

In addition to the nuanced issues Mexican cinema brings to light, festival co-director Carlos Gutiérrez emphasizes the importance of Mexican cinema during a time of increased production throughout the country.

“Mexico is going through a sort of second golden era of cinema. The country is producing 170 films per year, more than ever. It’s really become an international film powerhouse,” Gutiérrez said.

Festival co-director Vicky Westover believes the reach of Mexican cinema should span beyond the country itself, especially in the historically Mexican area of Tucson.

“They’re our neighbor, we should be watching and celebrating the work of our neighbor,” Westover said. “I think in the United States, we’re very American-centric and we just watch films that are coming out of Hollywood. There’s really a plethora of wonderful films being made around the world, but people just don’t get to see.”

“I am not Mexican, I’m African-American, but I think it’s really important for me to learn about different cultures and to appreciate the creative expression of different kinds of folks. I love film, and that’s a great way to feel and learn and express,” Peterson said.

The event gives festival-goers the rare opportunity to see works that are otherwise inaccessible in the U.S. “Cinderelo,” a romantic comedy directed by Beto Gómez, will make it’s U.S. premiere as part of the festival on Saturday.

“We have an audience that’s hungry for that kind of cinema, because they’re not getting to see it. In many cases, the films that we show, you’re not going to get a chance to see again,” Westover said. 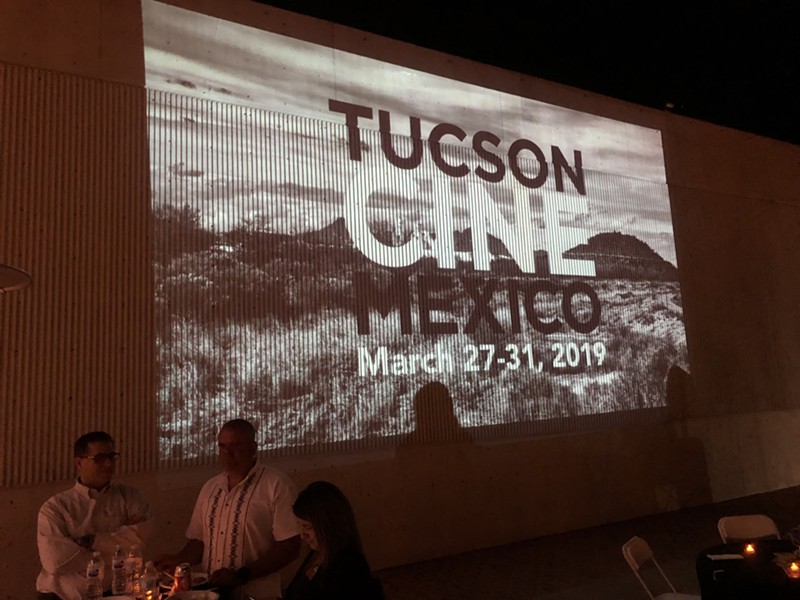 In addition to the type of movies they screen, the Tucson Cine Mexico festival prides itself on the diverse audience it attracts.

“Anywhere from 60 to 70 percent of our audience every year is self-describing Latino,” Westover said. “They want to see their culture on the screen, and they want to hear people speaking Spanish. We have the most interesting eclectic audience.”

In order to focus on emerging filmmakers, the festival gives a Jaguar Award for the most impressive directoral film debut. This year’s recipient is “La Camarista/The Chambermaid,” which will make its Arizona premiere at the festival on Saturday.

Gutiérrez said “La Camarista” is the only film in the Tucson Cine Mexico lineup that has secured U.S. distribution, with a June opening.

As a drama addressing issues of the working class in Mexico, “La Camarista” brings attention to the talent of director Lila Avilés. This year, over half the films in the festival’s lineup are directed by women.

“I would highly recommend ‘The Chambermaid.’ That’s making the waves in international film. It’s been winning prizes at different film festivals around the world,” Gutiérrez said. “I think it’s a good example of the excellence and artistry of Mexican cinema.”

By displaying stories through film on the big screen, Tucson Cine Mexico aims to create a collective experience for its audience.

“I hope that people understand that there’s shared stories, we’re all kind of living a shared experience,” Hanson FilmTV Institute Intern Mattheo Sawyer said. “The stories across the board, if done interestingly, can help us relate more. I think that’s one thing this festival is doing.”

“The festival has become one of the most important platforms in the U.S. for Mexican cinema,” Gutiérrez said. “The work of 16 years has really paid off, and we’ve built a very dedicated audience locally. I urge local audiences to really go and look for all these shows.”