Here are the Arizona Artists Performing at SXSW

Regardless of the venue size, these Tucson shoegazers are sure to fill the room with their dreamy vocals, punchy drums and massive guitars. Winners of the Tucson Weekly's Best Rock Band in Best of Tucson 2017, Mute Swan have carved their niche by combining a classic dream pop formula with psychedelic synthesizers, extended jams and crisp production. Their latest single, Enough Fun, hints at an equal parts darker yet more upbeat sound. Formed in 2013, Mute Swan describes themselves as similar to: Yo La Tengo, Of Montreal and Flaming Lips, albeit with more of a "dream-space desert" vibe.

Courtney Marie Andrews has been touring relentlessly since leaving Phoenix at 16 years old. The road lends itself well to her music, or maybe it’s the other way around. An Americana songstress, yes, but Andrew subverts the subtle expectations of a folk singer with enormous, passionate ballads including crashing drums and droning organ. But this isn’t to say Andrews can’t hold a room still with an intimate and heartbreaking acoustic dirge. On Saturday, March 16, Andrews will perform alongside Andrew Bird and Patty Griffin on one of the most lucrative stages in all of Austin: the SXSW Stage Outdoor Stage at Lady Bird Lake.

Describing themselves as "Western Indie Rock," Jared & The Mill craft songs for moving one foot in front of the other through this desert we call home. Frontman Jared Kolesar offers soulful vocals over the bands earthy ballads. Jared & The Mill nearly align with Tucson's own borderlands style of music, but infuse it with hints of country and pop. From the beginning, they’ve been five best friends making music together, and that partnership is clear to hear. This folk-rock five piece is capable of building powerful momentum almost immediately, and that force has propelled them onto SXSW stages multiple times in the past, and again this year.

XIXA are the spirit of a Tucson night. Part psychedelic, part rock 'n' roll, part cumbia, the scale of XIXA’s instrumentation makes them nearly theatrical, and their dark, gothic inclinations only add to that. These caballeros mix smoky vocals with danceable Latin rhythms and twangy swings. A mainstay in the Tucson music scene for multiple years now, XIXA is performing a handful of shows at SXSW, and soon all of Austin will be haunted by energetic phantoms. If you’re too scared to head out to a desert dance party while on a substance or two, you need to with XIXA in your veins. 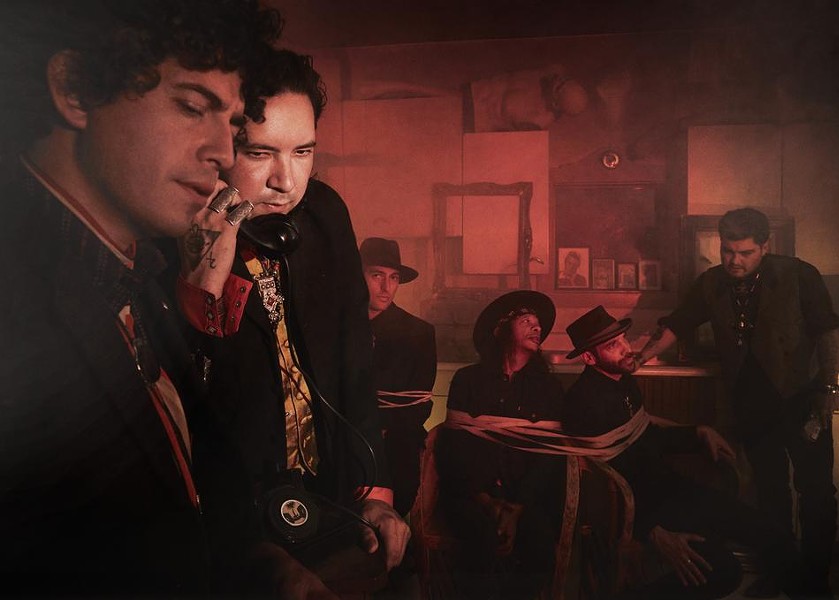 The romantic and woodsy sounds of Tow’rs sidestep the rustic radio folk label with beautiful storytelling and unique instrumentation. Lead by a husband and wife team, this indie folk band grows far beyond an acoustic guitar, with piano, trumpet, harmonica, cello and more. Tow’rs recently landed on the NPR’s Austin 100, an elite list of performers to look out for at SXSW, and rightfully earned their spot. Their tender sounds and pristine harmonies feel both grand and intimate, like a great hall filled with reverberations.

While originally from Brazil, Poranguí currently resides in Sedona, and has received praise from the Arizona Commission on the Arts and taught at the Phoenix Conservatory of Music. His energetic and hypnotic fusion of tribal instrumentation and electronics lends itself well to the music festival circuit. Poranguí plays the didgeridoo, drums, mbira and belts out soulful vocals over the whirling vortex of spiritual sounds. The title of his studio album Ayahuasca should tell you all you need to know.