Remember When Getting Rid Of Teacher Tenure Was a Thing? 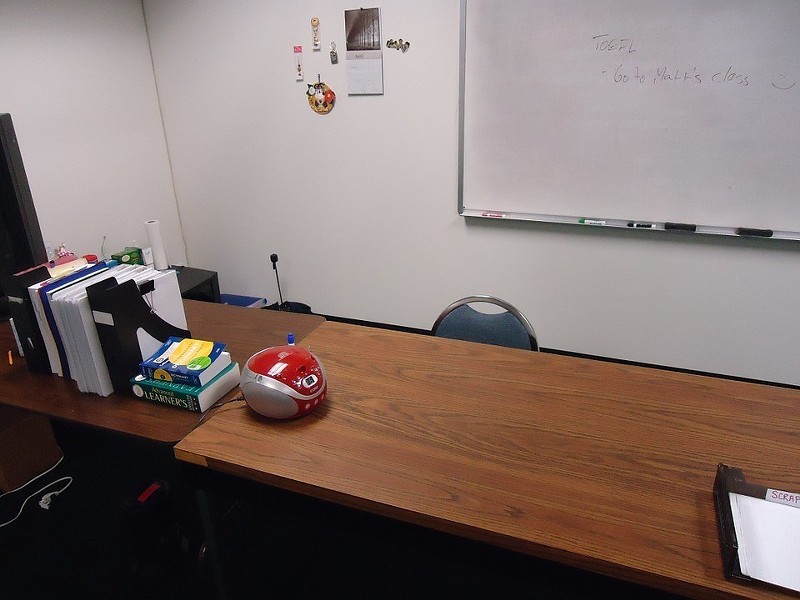 Remember back when getting rid of teacher tenure was a thing?

The reasoning was, if we don't give teachers tenure and put them all on one year contracts, principals can fire lousy teachers without having to jump through legal hoops. All those old folks sitting in the classroom crossing days off the calendar until retirement can be booted out, the reasoning went, and be replaced with new, excited, vibrant young teachers who can't wait to have classrooms of their own.

Of course, those were never the real reasons the privatization/"education reform" crowd, which was behind the anti-tenure movement, was pushing this so hard. It was just another way of attacking teachers unions' bargaining power and furthering the "failing teachers in failing schools" stereotype.

The anti-tenure movement had a few years of prominence starting around 2010, when some state legislatures passed laws restricting teacher tenure. But three years later, the new big education story was teacher shortages: too few teachers in the classroom, too few college students in the teacher-education pipeline. By 2015, people were calling it a crisis. In 2019, it's being called a nationwide epidemic.

When schools are desperate for teachers, it sounds ridiculous to say we should look for more ways to fire experienced teachers. Schools are begging teachers to stay. They're holding local teacher fairs and trying to lure teachers from around the country and from other countries.

In Arizona, we've lowered our standards so far, people who are willing to teach can get something called a Subject Matter Expert Standard Teaching Certificate with nothing more than a Bachelor's Degree. Actually, a high school diploma will do. Hell, a high school dropout with relevant work experience can get one of those credentials and begin teaching the next day.

Attacking tenure is a dead issue these days. The irony is, the push to end tenure is one of the reasons we don't have extra teachers hanging around we can afford to fire. It's one of many reasons teaching is looking less attractive to college students thinking about their careers, and why young teachers are leaving the profession in droves. Most of the reasons can be traced back to the privatization/"education reform" crowd which is doing whatever it can to harm public schools.

Take away tenure and teachers know they can be fired on a principal's whim. Forget about any sense of job security. Add that to the prospect of taking home a ridiculously low salary, teaching too many students with too little money for supplies and resources, being forced to teach to a standardized test, then knowing you will live and die by students' test scores. Then look at how teachers, who used to be respected, even honored, are being demonized as a root cause of society's ills.

Why would college students sign up for that kind of career if they had a choice? Why would young teachers stick around after having their idealism knocked out of them?

I know the answer to my own questions. I know why people sign up and stay with teaching in the face of all the obstacles. It's the reason I taught for 30-plus years. It's because you love the kids and you love the subject matter and you love the "Aha!" moment when students suddenly get it, and you love watching them grow into better and stronger people before your eyes. Not to mention when their faces, their words, their actions let you know they appreciate what you've done for them.

Those are the perks that keep teachers in the profession despite all the obstacles placed in their path. But there aren't enough people who are that dedicated to teaching to fill all the classrooms in the country. Too many prospective teachers and beginning teachers are being scared away. They would have stuck around and become good teachers if they had the resources, the freedom to teach and the community's respect, all of which rank with salary in importance, but without those things, many teachers and prospective teachers feel it's just not worth the effort.

I said it's ironic that the push to get rid of tenure was one of the reasons there aren't enough teachers to make firing experienced teachers practical. But I think I got that wrong. There's probably no irony involved. The people who have been running down public schools since the Reagan administration put out A Nation At Risk in 1983 — an early shot across the bow by the fathers and mothers of today's privatization/"education reform" movement — are determined to dismantle public schooling until it's a shadow of itself. If the anti-tenure push helped lower the quality of public education, well, that's what their movement is all about.