The Star Published a Wildly Misleading Story about TUSD Enrollment 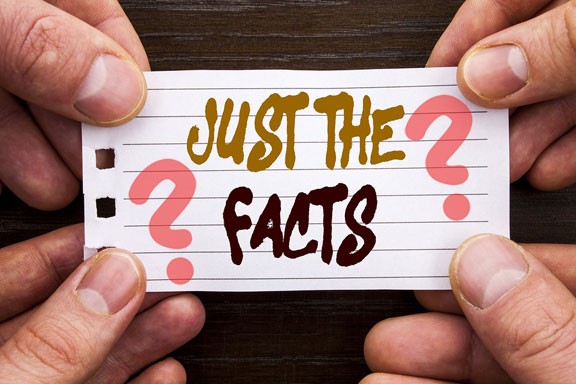 TUSD is losing 6,000 students a year? Not even close. But that's what a front page article in the Star on Sunday, Jan. 20 suggested, putting it in the running for the worst misuse of numbers in a story about TUSD I've read in the paper, ever. And let me tell you, there's been some stiff competition over the years.

The 6,000 figure is in an article about the district's declining enrollment. Where does the number come from? That's not clear in the beginning of the article, and its origins become murkier as the story continues. Whatever the source, it's six times the actual decline.

Appearing to inflate TUSD's enrollment losses six fold is a big deal, especially when the story is splashed across the front page of the Sunday Star where it's the first thing the reader sees.


"This school year alone, around 2,200 students have left the Tucson Unified School District."

"This accounts for less than half of the 5,100 students TUSD lost to in-state transfers last school year."

"The district lost around 6,100 students on average every year during the four years prior."

Those are the only enrollment numbers in the article. They appear to be saying that the district is losing an average of 6,000 students a year. That's how I first read the article over my Sunday morning coffee, and I'm sure most readers took away a similar impression. That number, a 6,000 student decline, is jaw dropping. TUSD's numbers aren't just decreasing, the story implies. The district is hemorrhaging students.

I have tracked TUSD's attendance numbers starting with the 2000-2001 school year. The largest year-to-year drop was 2,200 students in 2011. The district lost an average of 900 students a year since 2000, less than a sixth of the size of the loss the article appears to report.

So how did the article arrive at the 6,000 figure? The key to answering that question is in the passage stating the students are "lost to in-state transfers." The phrase sneaks into the opening paragraphs once with no explanation of what it means, then it's explained briefly, and badly, in a later paragraph.

A standard use of the phrase "in-state transfers" would mean that about 6,000 students a year who were enrolled in TUSD left the district and enrolled in another school—district, charter or private—somewhere in the state, sometime during the year. Even if that's true, the statistic is useless and misleading standing by itself. If an average of 6,000 students are "lost to in-state transfers," yet the district has an average yearly decline of less than a thousand students, somewhere, somehow, 5,000 new students must have enrolled in TUSD to take their place. Since the replacement students are never mentioned, the reader is left with the impression that TUSD's enrollment is going down 6,000 students a year, six times the actual number.

According to Superintendent Gabriel Trujillo, the majority of the 6,000 students the article says are "lost to in-state transfers" were never enrolled in the district. Based on Trujillo's discussions with the reporter, he believes the number in the article is the difference between every person inside the district's attendance area who is the right age to attend a K-12 school and the number of students enrolled in TUSD. That would mean that every year, 6,000 students in the TUSD boundaries attend school elsewhere, not that there is a net loss of 6,000 students every year.

If true, that may be a valuable piece of information. It shows how many potential TUSD students aren't attending the district. But that's not how the article presents the information.

A deep dive into the article's language leads me to believe Trujillo's explanation of the origin of the 6,000 figure isn't entirely accurate. The article states, "This school year alone, around 2,200 students have left the Tucson Unified School District." If the reporter was simply looking at the number of potential TUSD students who are not in the district, the 6,000 figure should remain reasonably consistent throughout the year. It shouldn't be significantly lower in January than it is at the end of the school year. The 2,200 number suggests to me the reporter is using a figure that grows as the year progresses. Twice in the article, the reporter refers to students withdrawing from TUSD, meaning they had been enrolled in a district school at some point.

The reason I'm having to read tea leaves to decipher the meaning of the words "in-state transfer" is that the reporter never gives a clear explanation of how she arrived at the numbers. (I sent an email and a twitter message to the reporter, but I didn't receive a reply.) I'm used to reading far into an article to find a clear explanation of what I read in the opening. I understand that's how journalists often structure their stories. But it's simply sloppy journalism to throw around terminology and numbers and never explain what they mean or where they came from.

What math teachers tell their students—"Show your work"—applies here as well. Journalists should show their work so people reading their articles know how they arrived at their conclusions.

The fact that TUSD loses an average of a thousand students a year is troubling enough. To give the impression the number is six times greater does the district and the community a disservice.

Unfortunately, this story is one of a long line of stories in the Star about TUSD that accentuate, even exaggerate, the negative. Equally unfortunate is, the more sensational the anti-TUSD story, the more likely it is to end up on the front page. Bad press about TUSD sells papers. If TUSD bleeds, it leads in the Star. That tendency harms the district at the same time it reflects badly on the paper's reputation for quality journalism.

In general, I consider the Star to be a reliable, responsible daily in the way it covers most issues.
Shoddy reporting about TUSD is the exception, not the rule. It's a bad habit the Star can't seem to kick.