Trumpy See, Trumpy Do: School Bullying In the Age Of Trump 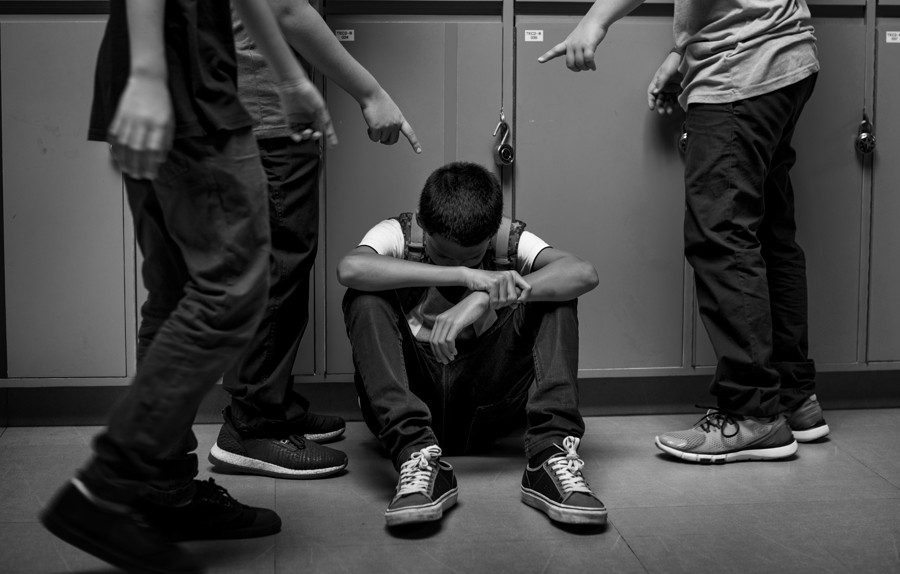 Saturday, a group of high school students appeared to be taunting and harassing a Native American near the Lincoln Memorial in Washington D.C. It looks pretty bad, but in this case, it may not be as bad as it looks at first glance.

In a video taken after the Indigenous People’s March in D.C., a Native American man is seen chanting and drumming. Male high school students, some wearing MAGA hats, most of whom are Kentucky students attending the anti-abortion event March for Life, are gathered around him.  Some students are making tomahawk chops in the air, and others are clapping in rhythm to the drum beat and jumping up and down. One student is standing directly in front of the Native American man with a smile that looks both derisive and intimidating.

However, as more video surfaced, the nature of the incident itself and the intentions of the students became less clear. It could have been an act of vile racist bullying on the part of the students, but it also could have more to do with boisterous adolescents acting up while acting out Native American stereotypes. That would make their actions on a par with the adults at Atlanta Braves games chanting and chopping in the stands, making the students' actions less about bullying and more a display of their ignorance encouraged by a society which fails to teach them respect for cultures different from their own. (Here's a thoughtful, careful analysis of the events where the writer neither condemns nor excuses the students' actions.)

But there is no gray area in another incident which took place last week. During a high school basketball game, front row fans from a predominantly white Minnesota school displayed a large Trump 2020 banner while their team was playing a predominantly black school. Their racist intent was unmistakable. For these students, the Trump banner was the new Confederate flag.

And during two other high school games, one during the 2016 campaign and another during 2017, students from predominantly white schools shouted "Build the Wall!" at their predominantly Latino opponents. Their use of Trump's racist slogan was a deliberate attempt to bully and intimidate the other schools' Latino students.

But examples are only examples. They don't necessarily indicate a trend. The question remains, has race-based bullying increased among high school students who are Trump supporters? A few studies make it look like that is the case.

In Virginia, middle school students completed a school climate survey in 2013, 2015 and 2017. In a recent study, researchers divided the surveys into two groups based on whether the areas around the schools voted for Trump or Clinton in 2016.

According to the study, before 2017, the surveys showed no significant difference in student bullying between high schools located in the Trump or Clinton country. However,


In 2017, 18 percent more middle school students reported they had been bullied in communities around the state that voted for Republican Donald Trump for president, compared to those communities that had favored Democrat Hillary Clinton. In particular, race-based bullying rates were 9 percent higher in the GOP-favoring localities versus those in Democrat-leaning ones.

Looking deeper into the data, researchers found that the larger the vote for Trump, the greater the increase in bullying.

When the researchers separated the bullying into categories — physical appearance, sexual orientation and race/ethnicity — the only category with a major change from 2015 to 2017 was race/ethnicity. Incidents went up in Republican areas and down in Democratic areas.

Whenever I cite studies, I always remind readers, Buyer Beware. It's easy for studies to twist data to arrive at a predetermined result. But in this case, it's hard to argue with the study's conclusion. Trump support in the Virginia schools was a significant factor in the level of students' racial and ethnic bullying.

A similar but less robust study was conducted among high schools students in Massachusetts, with similar results. From 2015 to 2017, non-biased student bullying went down significantly while bias-based bullying went up by almost the same amount.

The two studies give a strong indication that the Trump effect is at work among students, encouraging his supporters to bully racial and ethnic minorities. Incidents around the country like the ones I mentioned above support the studies' conclusions.

Has Trump unleashed students' racist ids which had been raging just below the surface before he burst on the scene, or is he like a parent who teaches children to hate and fear people who are different from them by example? Take your pick or mix and match, as you wish. Whatever the reason, in the Age of Trump, we are a nastier, more hateful, more overtly racist nation than we were before he began his presidential campaign.