Simon and Theodore. When a man dealing with mental health issues discovers he is to become a father, he embarks on a "journey of self-discovery" on a walk through the streets of Paris. The local charity Coyote TaskForce will discuss mental health in Tucson following the film. This screening is part of the Tucson International Jewish Film Festival. 7:30 to 9:30 p.m. Monday, Jan. 14. 3800 E. River Road. $10. Details here.

Southern Arizona Senior Pride Book Club meeting. If you're looking to get together with a group of LGBT seniors on the third Wednesday of every month to talk about a fascinating book, boy do we have news for you: This is your chance! This month's book is The Lavender Scare: The Cold War Persecution of Gays and Lesbians in the Federal Government. You've probably heard of the Red Scare, but not everyone realizes that this was a time when homosexuals were considered just as dangerous to national security as communists, and that the "Lavender Scare" was even more intense and long lasting than the Red Scare. Read all about it, then discuss it with a new group of friends. 2 to 3:30 p.m. Wednesday, Jan. 16. Ward 3 Council Office Conference Room, 1510 E. Grant Road. Free. Details here. 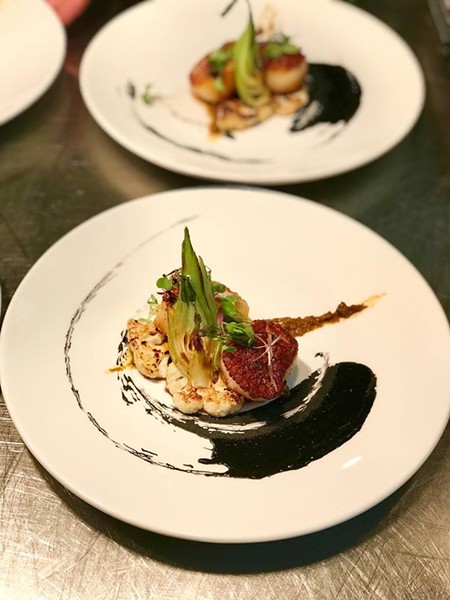 Postmodern Dialogue. The David Dominguez Gallery's latest exhibit features paintings on panels by David Pennington, 3D works by Carrie Seid and steel sculptures by David Mazza. Pennington often works with bright colors and street art influences, Seid's art explores the geometry of the natural world and Mazza's sculptures are traditionally abstract. The large gallery in the heart of Tucson's Art District is a gorgeous place to be viewing the work of local artists, and if you're at all interested in contemporary art, you'd be downright silly to miss this one. Exhibit runs through Feb. 23, with a reception on Saturday, Jan. 12. From 6 to 8 p.m. Davis Dominguez Gallery, 154 E. Sixth St. 11 a.m. to 5 p.m. Tuesday through Friday and 11 a.m. to 4 p.m. Saturdays. Details here.

You Racist, Sexist, Bigot. The Loft Cinema is screening the Tucson premiere of this made-in-Arizona documentary which covers discrimination, culture and equality. In their own words, "This film shares a rainbow of amazing humans in order to tear down the walls that prevent us from seeing that we are far more similar than we are different." Featuring a post-film Q&A with the directors. 7:30 to 10:30 p.m. Thursday, Jan. 17. 3233 E. Speedway Blvd. $15. Details here.

Three Nights In Hell. The Loft Cinema is hosting the world premier of this new crime/comedy film, made right here in Tucson. The film tells the tale of three sisters and their trail of death and destruction in a vendetta against a ruthless drug lord. The screening includes a Q&A with the director and writers of the movie after. 8 to 10 p.m. Tuesday, Jan. 15. 3233 E. Speedway Blvd. $8.
Dante's Peak. Case Video Film Bar is entertaining you and educating you at the same time. The University of Arizona Geoclub is showing up to watch this volcanic thriller starring Pierce Brosnan and Linda Hamilton, and will also answer any questions you might have on lava, rocks, geology or anything else you might want to know about dormant stratovolcanoes. Plus, you basically get to see James Bond fight lava. 7 to 10 p.m. Tuesday, Jan. 15. 2905 E. Speedway Blvd. Details here.

Space Drafts 55: Beyond the Known World. What a wonderful city we live in. At this event, you get to enjoy the great beer of Borderlands Brewery and learn about astronomy from real scientists from the UA Lunar and Planetary Laboratory. Hosted by Astronomy on Tap. 7 to 10 p.m. Wednesday, Jan. 16. 119 E. Toole Ave. Details here.

The Man Who Fell to Earth–Director's Cut. Starring David Bowie as an orange-haired, stoic alien on a mission to retrieve water from Earth for his drought-stricken planet, The Man Who Fell to Earth is surreal, fascinating and one of the most 70s things you can imagine. This film went on to influence Bowie's music (particularly his albums Station to Station and Low), Philip K. Dick, Ridley Scott, Watchmen, Guns N Roses and much more. If you thought spiders from Mars was a sci-fi concept, get ready for a whole lot more. Part of The Loft's screenings of the cinema of Nicolas Roeg. 7:30 to 10 p.m. Wednesday, Jan. 16. 3233 E. Speedway Blvd. Regular admission prices. Details here.

Do This! Fun in General things to do fun in general weekly events Tucson fun family films friends food
Prev
Next