The January 8th Anniversary Ceremony began with a prayer. About 100 people gathered on the steps of the Tucson Fire Department headquarters to remember the lives lost and harmed by the mass shooting that shocked Tucson and the nation.


On this day eight years ago, former Congresswoman Gabby Giffords was in front of a northwest Safeway store for a “Congress on Your Corner” event when a gunman opened fire in the busy parking lot. Six people were killed and 13 were wounded.


At precisely 10:10 a.m., which was when the shooting began, Mayor Jonathan Rothschild rang the fire station’s bell as their names were announced one by one: 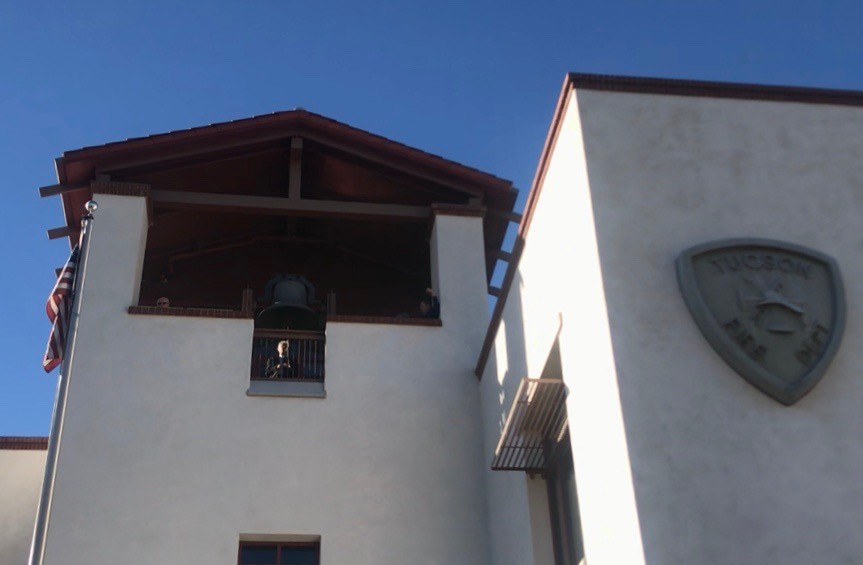 
It was an emotional day for those involved in the tragedy. A group of Moms Demand Action members were present in their signature red t-shirts. Many of them joined the gun-reform advocacy group after the mass shooting happened.


“We respect the Second Amendment, we’re not gun grabbers, it’s just that we want safe communities and we don’t want our kids to have to go through all the lockdown drills,” said Carol McMillan, another member. “I have five grandchildren and I don’t want to leave the country in this shape, because it’s only going to get worse before it gets better.”


McMillan said after meeting people who were deeply affected by the shooting, she wanted to do more. She is one of the organizers of BEYOND, an annual series of city-wide events that focus on exercise, outdoor recreation and connecting with other community members. It was created by the family of Gabriel Zimmerman after his death as a way to pay tribute and create something meaningful in the wake of a tragedy.


This year, BEYOND will take place on Saturday, Jan. 12 with special events scheduled all day in various Tucson locations. Visit their website for more information.