Comics Do This! Fun in General 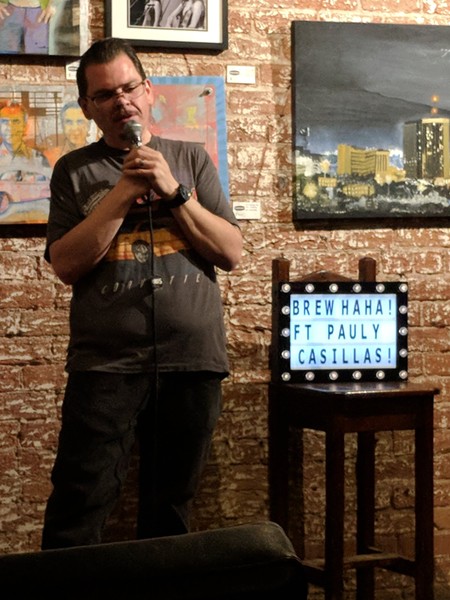 On Dec. 17, from 8 to 10 p.m., Brew Ha-Ha marks three years of third-Monday showcases at Borderlands Brewery.

The shows feature emerging and professional Tucson comedians and regional or national touring comedians with open dates on their travel schedules.

“A lot of comedians in our scene were growing and getting better but had no place to really show it,” says Ziemak, “so we wanted to give our friends a place to get even better. When we brought Brew Ha-Ha to Borderlands, Mike was right on board with helping local scenes any way possible.”

Luckily, Mallozzi is a patient business owner. Asked what factors contributed to Brew Ha-Ha’s durability, he says it takes time for any ongoing show to gain traction. “My view on all recurring events is that you must really believe in them, and in the case of monthly events, give them the better part of a year.”

The patience paid off. “The show always got a good response,” says Ziemak, “but it seems like over the last year and a half, it has gained an audience of its own. Having familiar faces in the crowd each show is an amazing feeling. These people come out to see comics they might not know by name because they’ve been to our shows before.”

Over the past year comedian Rory Monserrat has partnered with Ziemak in producing and hosting the show. “I think consistency is the most important thing,” Monserrat says. “We make a show we want to see. I went to every Brew Ha-Ha because they were already the best independent shows in Tucson. A compliment that really stuck with me came from one of our Tucson colleagues when she said ‘This is a show by people who just really love stand-up comedy.’”