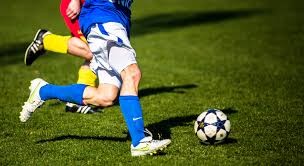 On Oct. 26, Women’s Super League referee David McNamara accidentally left his coin in the dressing room before the start of the game between Manchester City and Reading, which was televised.

In soccer, a coin is tossed before the game to determine who gets to start with the ball and what side of the pitch the teams will play on. Without the coin, McNamara had to improvise and made the team captains play rock, paper, scissors as a decider.

Soon after, McNamara was suspended by the Football Association for not following the rules and acting unprofessionally.

"I'll have a coin just in case anyone is unhappy but I don't see it being an issue. Rock, paper, scissors is an equally fair way of doing things. The suspended ref has shown initiative and thought quickly on his feet. The whole thing is a bit ridiculous..."

“I will be doing it to show support. It will probably serve as a light-hearted way to introduce myself to both captains.”